Elliot Funt was just looking to soak up a little sun in his boat Tuesday but instead the Vancouver man found himself in the middle of a Howe Sound orca storm. 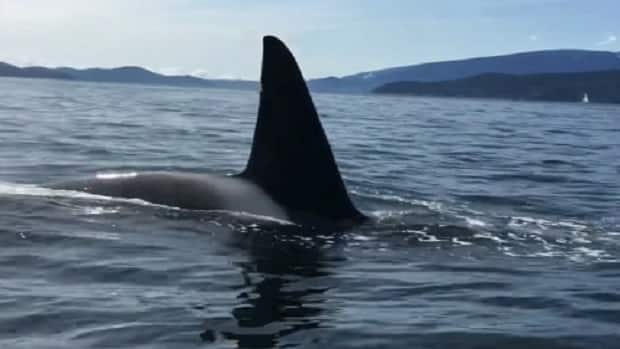 4 years ago
0:53
Six orcas spent close to an hour trying to catch a sea lion hiding under a boat 0:53

Elliot Funt was just looking to soak up a little sunshine when he took his boat out Tuesday, but instead the Vancouver man found himself in the middle of a Howe Sound orca storm.

"It was crazy," Funt said. "At first when we spotted the orcas everyone was keeping their distance, but then a sea lion came over and attached itself to the boat next to me. So of course all of the orcas followed over to the boats."

Funt captured over 30 minutes of spectacular video showing the six orcas as they bumped boats and breached just metres away, trying to get at their prey. He posted a longer version of the video online.

"The orcas almost pushed [the boat] over. The sea lion was moving from side to side of the boat, and then tried to climb up the side of the boat and was hanging on trying to avoid the orcas," said Funt.

In the video, the other boater can be heard to say, "I feel like I'm an ice floe and they're just trying to flush him out from underneath me."

At one point, the video shows the orcas backing away and forming a semi-circle around the sea lion, appearing ready to pounce should it swim away from the boat.

Funt said all the boaters had turned off their engines, but eventually the driver of the boat where the sea lion was hiding slowly motored toward Bowyer Island to give the animal a place to escape.

"All the whales followed," said Funt, "but the sea lion was able to hop on [land]. I think it was injured."

Funt said he feels lucky to have had a front row seat to the drama.

"I didn't feel at risk at any time. I've been boating all my life but I've never seen anything like this."