Some online shoppers around Metro Vancouver got a bad shock this week when they found out packages they had shipped to a Point Roberts, WA, agent were returned to sender. 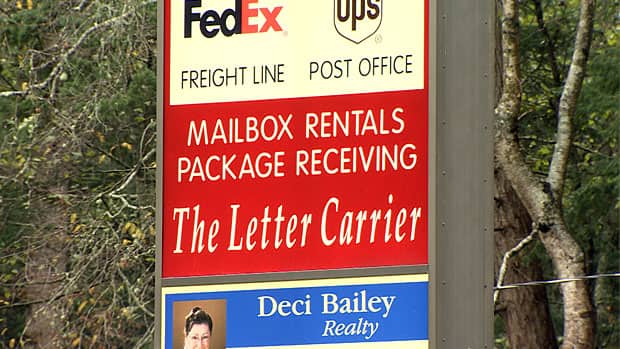 8 years ago
2:28
A depot in Port Roberts, Wash., is overwhelmed with goods bought by Canadian shoppers 2:28

Some online shoppers around Metro Vancouver got a bad shock this week when they found out packages they had shipped to a Point Roberts, WA, shipping agent had been returned to sender.

It's common for people from B.C. who shop online at U.S. stores to have their packages shipped to a border town to save on shipping rates, or because some retailers don't ship to Canada.

That's created a growing business opportunity in the rural community of Point Roberts, located on a spit of land near Vancouver just south of the 49th parallel. The firms charge a small fee for each parcel they receive and mail out.

But with online shopping becoming increasingly popular, one business called the Letter Carrier recently ran out of space and was forced to turn away parcels from the U.S. Postal Service.

Online, a number of people started to complain their Christmas packages had been returned to sender.

Teresa Pope manages nearby TSB Shipping Plus, also in Point Roberts, where she says the phone is constantly ringing with people concerned about getting their packages in time for the holidays.

"A lot of panic — a lot of people needing to be reassured that we won't do the same thing."

Pope says her company has added another trailer outside their facility, and so far they are meeting demand.

Meanwhile over at the Letter Carrier outlet, callers were only getting through to a voicemail message telling customers the company is accepting packages again — but there is an up to five-day processing delay before they will be ready for pickup.

"We apologize for this but there is not enough room to take all packages without being in violation of state fire codes and placing our employees at risk of injury," said a notice on the company website.