Outreach workers on Vancouver’s Downtown Eastside say they're worried that as COVID-19 cases mount and sweep through staff, there won’t be enough people to maintain the basic but lifesaving services the community requires.

As Omicron sweeps through the province and the world taking its toll on workforces, employers are trying to find ways to keep their businesses and organizations operating with less staff.

Provincial Health Officer Dr. Bonnie Henry has said businesses should be prepared to operate with as much as one-third of their workforce away due to illness.

But in a part of the province where staffing is already stretched thin and services are critical for the local population, fewer workers is a serious problem.

WISH Drop-In Centre Society, whose services include a drop-in centre for street-based sex workers, says it is constantly assessing how it can redeploy staff to maintain front-line operations.

"We're struggling, just like all the other nonprofits in the Downtown Eastside,"  executive director Mebrat Beyene told On the Coast host Gloria Macarenko, adding that managers at WISH didn't get time off over the holidays. Instead, Beyene says, they covered shifts on the floor that otherwise wouldn't have been staffed.

If someone tests positive for COVID-19 through a rapid test or a PCR test, they are currently required to isolate for at least five days. If their test is negative but they have symptoms, they are asked to continue to isolate until they are well.

As more and more staff call in sick, Beyene worries about the possibility of having to reduce services, or worse, close.

Just a heads up that due to <a href="https://twitter.com/hashtag/COVID?src=hash&amp;ref_src=twsrc%5Etfw">#COVID</a> we are very short staffed right now. We’re doing as best we can to keep online groups running, but we may have to keep the harm reduction window closed for one more week. We’ll update here soon. ❤️🖤❤️

On the Downtown Eastside, where overdose prevention is essential, the consequences of pausing or closing those services could be severe.

"We could be seeing an increase in deaths," Beyene said.

According to Vancouver Coastal Health, no agencies that provide harm-reduction services or overdose prevention have had to close their doors due to COVID-19.

SWAN Vancouver, which advocates for the safety of indoor sex workers, says it has had to pause volunteer programs, while the PACE Society, which offers one-on-one, drop-in and outreach support to sex workers has had to reduce services as it also struggles to maintain staffing levels.

Vancouver Coastal Health says it is ready to help.

"We will work with agencies if they don't have enough staff to provide essential services in order to ensure that those services don't have to close," said Vancouver Coastal Health's Chief Medical Officer Dr. Patricia Daly.

Beyene also worries about the virus moving through the residents of the Downtown Eastside, many of whom are precariously housed or homeless, leaving them nowhere to isolate safely.

She said trying to find spaces for people during previous waves of the pandemic was already challenging, and if there are two, three or four times as many cases, she's not sure what will happen.

"I don't know how quickly new isolation spaces are coming online," she said.

Daly is confident that with ongoing testing in the community, public health will be able to identify cases sooner and isolate them to reduce spread.

"We've never run out of isolation capacity and we certainly have it available right now. 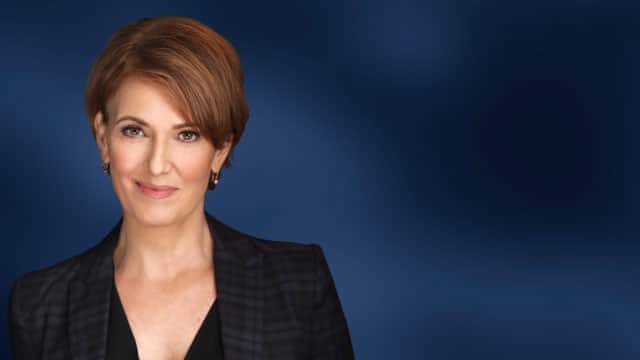