A group of condominium owners at the former Vancouver Olympic Village is suing the City of Vancouver, claiming their units are poorly built and badly designed. 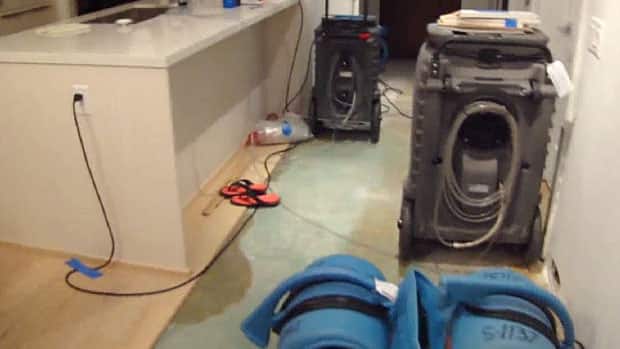 Road to the Games

A group of condominium owners at the former Vancouver Olympic Village is suing the City of Vancouver, claiming their units are poorly built and badly designed.

A total of 62 owners involved in the lawsuit said their condos at the development — renamed The Village on False Creek — have a variety of complaints, including a lack of heat for four months. Others claim they can't fit standard sized beds into their bedrooms and the units have leaky windows and ceilings.

"They want out because they bought into something that was advertised and sold to them as world-class luxury," said the group's lawyer, Bryan Baynham. "What they ended up with is something far less, something that is really no better quality than rental units — and then all sorts of things aren't working."

Baynham said that as the owner of the land and the lender, the City of Vancouver has an obligation to step in and fix these problems or give the owners their money back.

A video made by Baynham's law firm shows water dripping from a ceiling into overhead lights.

Another said the units do not reflect the plans they saw when they purchased.

"It's not what we bought," said Mary Fines. "We've been basically been lied to."

Lawyer George MacIntosh, representing companies assigned to sell the Village on False Creek condos, said he just received the legal documents Wednesday and has yet to study the case.

But MacIntosh said he suspects the recent price reductions on unsold condos may have something to do with the civil suit.

The development offered discounts averaging 30 per cent in a new marketing campaign that was launched last month.