The ex-boyfriend of B.C. homicide victim Maple Batalia will not plead guilty to the first-degree murder of the SFU student, his lawyer said outside court in Surrey this morning.

Gurjinder Dhaliwal will not plead guilty to SFU student's death 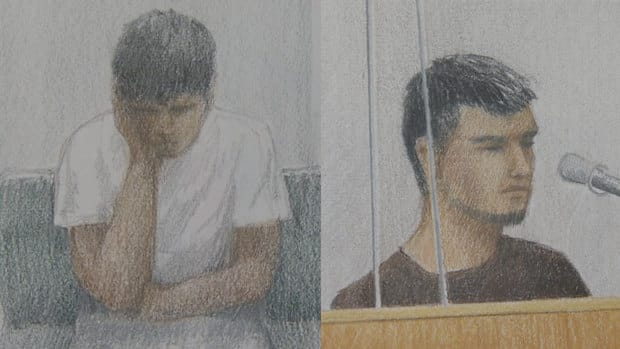 The ex-boyfriend of B.C. homicide victim Maple Batalia will plead not guilty to the first-degree murder of the SFU student, his lawyer said outside court in Surrey this morning.

Batalia's ex, Gurjinder (Gary) Dhaliwal, 20, is charged with first-degree murder. Another man, Gursimar Bedi, 22, has been charged with manslaughter and being an accessory after the fact.

The 19-year-old student, model and aspiring actress was gunned down in September 2011 in the parkade of Surrey's SFU campus.

On Monday morning in Surrey provincial court, a judge issued a no contact order, ordering the two men not to be in contact with each other or the Batalia family. Dhaliwal appeared in person; Bedi appeared via a video link from police custody.

"We just got a glimpse of him, and that's it. We didn't get much," Maple's father, Harkirat Batalia, told reporters outside the courthouse.

The men remain in custody and the case has been put over to Dec. 17 for their next court appearance.

Outside the courtroom Dhaliwal's lawyer said his client will plead not guilty to the first-degree murder charge. Bedi does not yet have a lawyer, the court was told.

Forum to focus on teen violence

The weekend arrest of the two men came as the City of Surrey prepares to host its third annual forum on domestic violence on Wednesday.

Coun. Barinder Rasode said Batalia's death and violence in teen dating will be the focus of the forum.

"Regardless of what your age is, domestic abuse and abuse within relationships is prevalent across the board. Unfortunately we've had some very high profile cases that have come from a particular community.

"The only one thing that is common at this point is that still people are still not prepared to talk about it," she said.