'It will be taught as any other language is,' said Nigel Howard, known for his appearances at COVID-19 updates

Now University of British Columbia students will get a chance to learn from the deaf interpreter in the university's first accredited American Sign Language (ASL) course that students can take for credit.

Howard previously led a pilot course at UBC, though it couldn't be taken for credit.

The former United Nations interpreter hopes the class will dispel some common misconceptions about sign language, particularly the notion that it's solely a tool for people who can't hear. 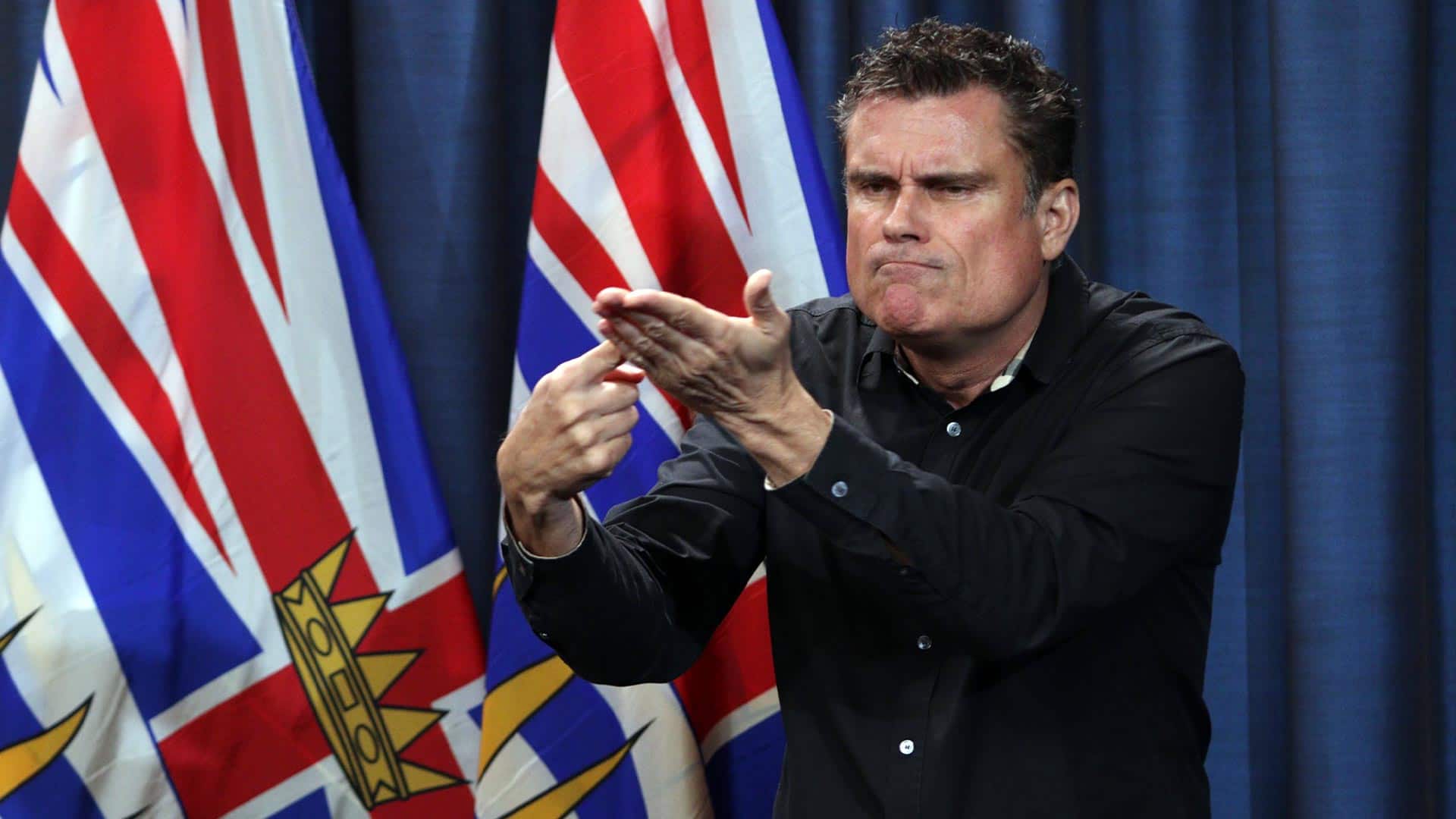 7 months ago
2:04
As Canadians keep up with daily briefings on COVID-19, sign language interpreters have become an essential part of keeping people informed. 2:04

"It's not. It's a language in its own right," said Howard. "This fall, it will be taught as any other language is."

Like spoken languages, a rich culture accompanies ASL, he told Gloria Macarenko, host of CBC's On the Coast, earlier this week.

The radio interview was conducted over Zoom with the help of interpreter Deborah Russell.

"Seeing a sign language interpreter present on the television has been a very new experience for many of our community members," said Howard.

"For the deaf community, they feel like: 'Finally we're included at the same time. It's not that we get a transcript later. We're not an afterthought.'"

Meanwhile, for some, Howard's captivating signing has just been a welcome distraction from the daily dose of grim news.

Support for Howard has grown into something of a cult following. Some have begun selling t-shirts and posters featuring his likeness. A Facebook fan club dedicated to Howard now totals nearly four thousand members.

The universality of ASL

ASL 100 offers students an introduction to the language, with an emphasis on grammar, vocabulary and contextual use, as well as ASL's connection to deaf culture.

Howard, who serves as the treasurer of the World Association of Sign Language Interpreters, hopes non-deaf people will begin to recognize the value of ASL.

"Learning American Sign Language gives you much more of an awareness of the role of body language and facial expression in any language," he said.

Howard recalled a time travelling with a group of other deaf people in Morocco. The group hired a driver to accompany them for the week, and by the end of the trip, Howard said the driver told them how much he'd enjoyed his time with the group.

Why? They had included him in the communication, despite not speaking a word. Howard said before they told him, the driver had no idea they were deaf.