A British Columbia city and a major developer are hoping lower prices and flexible living spaces will entice even more people to move into its downtown core. 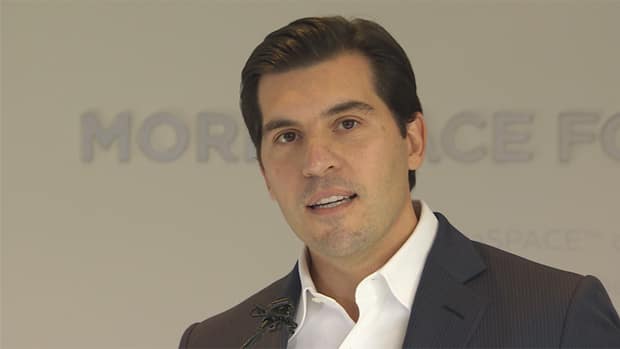 A British Columbia city and a major developer are hoping lower prices and flexible living spaces will entice even more people to move into its downtown core.

The new BosaSPACE suites, being built by Bosa Properties, range in size from 500 to 750 square feet, and are meant to allow for entertaining up to eight people for dinner.

CEO Colin Bosa insists it's not about micro-condo living, but instead making spacious suites affordable.

"BosaSPACE is an idea that affordability isn't a code word for: no dining room table, no place for a desk, or a living room that is unusable," said Bosa.

The flexible suites allow residents to slide back bedroom walls and move components around, according to the number of people they want to host.

Some people are daunted by the idea of constantly rejigging the flexible setup, but Daryl Simpson, senior vice-president at Bosa Properties, said the suite works well without any changes.

"I don't think there's really any inconvenience at all. The suite functions perfectly well in its static version," said Simpson.

Bosa Properties is counting on more people being attracted to the burgeoning downtown core of Surrey — and has the support of Mayor Dianne Watts.

"We look at other places around the Lower Mainland and the price points continue to rise higher and higher, so that's where innovation comes in," said Watts.

However, former Vancouver city planner Brent Toderian believes these kinds of smaller suites are great for new buyers, but are ultimately a tradeoff between private space and the quality of your neighbourhood.

"It's not a panacea for everyone, and it certainly doesn't address the issue of affordable housing for families across the region," said Toderian.