A new poll from the Angus Reid Institute and the University of Alberta suggests the majority of people who identify as Chinese-Canadian have experience some type of racism since the pandemic began.

A new poll from the non-profit Angus Reid Institute and the University of Alberta suggests a large percentage of people who identify as Chinese-Canadian have experienced some type of racism since the coronavirus pandemic began.

Of the more than 500 Canadians of Chinese ethnicity surveyed from across Canada, half reported being called names or insulted as a direct result of COVID-19, and 43 per cent said they had been personally threatened or intimidated.

Shachi Kurl, executive director of the Angus Reid Institute, says the poll shines a light on the extent of racism across the country.

"I think the numbers are fairly stark," Kurl said.

Of those who responded, nearly a third said they had been frequently exposed to racist graffiti or messaging on social media. Also, 61 per cent said they had adjusted their routines "to avoid run-ins or otherwise unpleasant encounters" since the pandemic began.

Barriers to being accepted

The online survey was conducted from June 15-18, 2020 among a representative randomized sample of 516 Canadian adults who self-identify as being ethnically Chinese and are members of Angus Reid Forum or Inclusive Insights. For comparison purposes only, a probability sample of this size would carry a margin of error of plus or minus 4.3 percentage points, 19 times out of 20.

For Kurl, one of the most troubling findings of the survey is despite the fact that 88 per cent of respondents agreed that "being Canadian is an important part of my identity," only 13 per cent agreed that others see them as Canadian all the time.

"It says to me that you can be in this country for five years or you can be fourth generation but because of the way you look there is still a barrier to being accepted or to be viewed as fully Canadian by others," Kurl said. 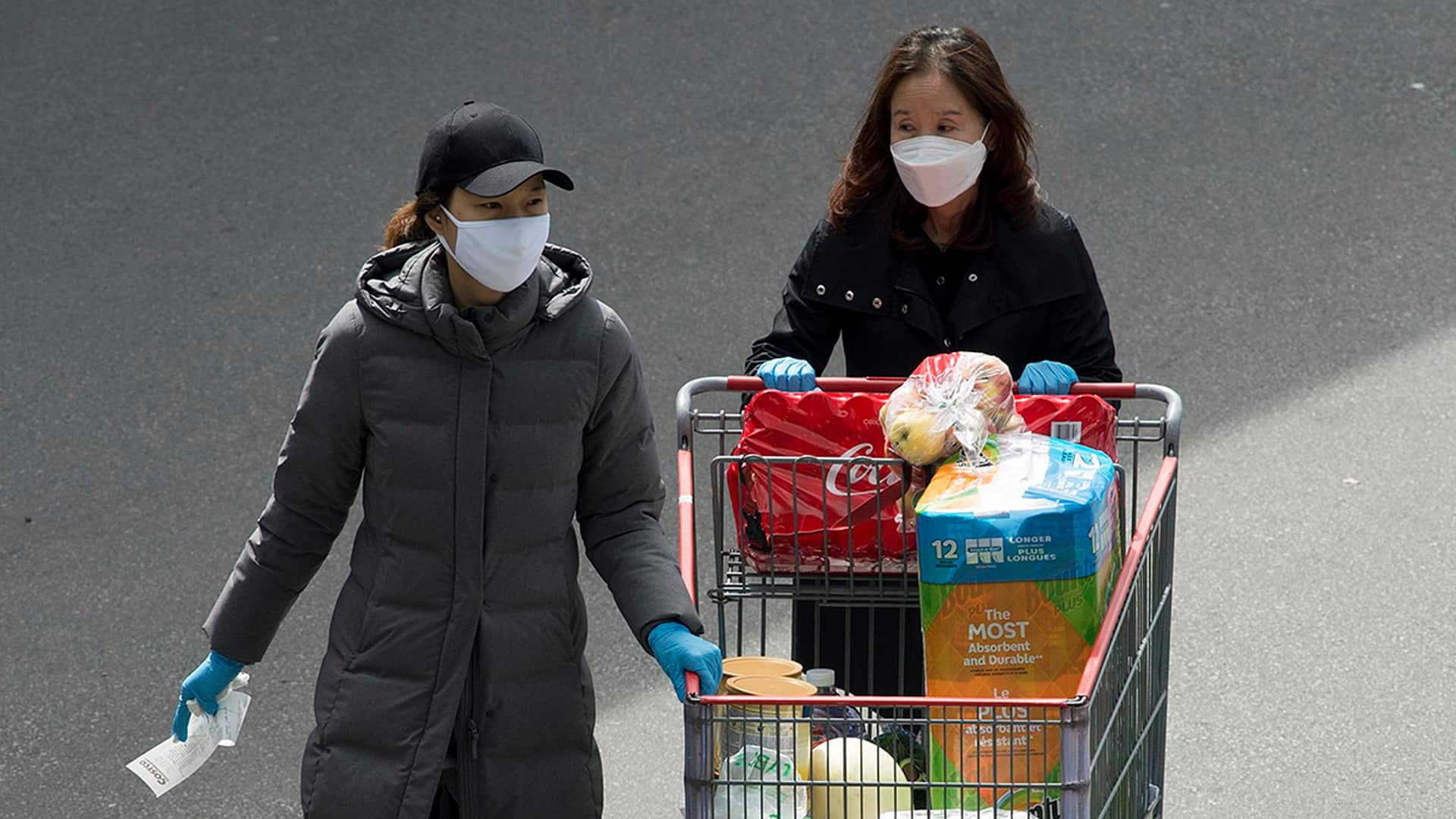 4 months ago
2:00
A new Angus Reid survey suggests many Asian-Canadians have experienced some form of racism since the beginning of the COVID-19 pandemic. 2:00

Henry Yu, a history professor at the University of British Columbia, says the results of the survey don't come as a surprise at all.

Yu commended the Angus Reid Institute for capturing the systemic racism that is often dismissed as an isolated incident.

"I think it's vitally important in Canada that we do more collection of this kind of data," Yu said. "How do you know where there's racism if you never actually look for it?"

Yu says to date it has been up to victims of racism themselves to track trends through strategies like Project 1907's centralized racism reporting centre to prove that incidents of hate are widespread.

Treating incidents of racism and discrimination as isolated incidents bolsters denial and silence about racism in Canada, Yu says, and makes it difficult for those who have experienced it to believe that it's happening to them.

The survey was limited to people who identify as being of Chinese ethnicity, but Yu says the same results would likely apply to many Asian-Canadians or anyone else who might be seen as Chinese-Canadian — as was the case with Dakota Holmes, an Indigenous woman who was attacked and told to "go back to Asia" when she was out walking her dog in East Vancouver.