Investigators hope new images will help find 22-year-old Tom Billings, who disappeared a year ago today while travelling in Vancouver. 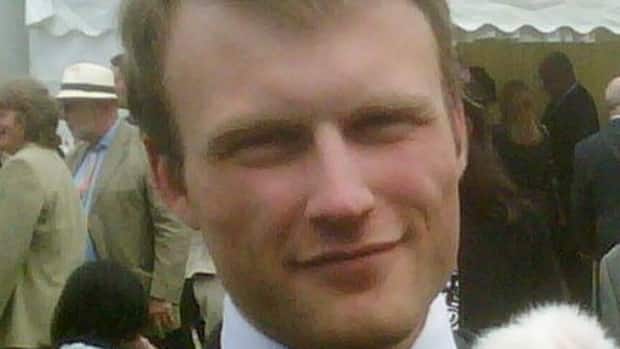 One year since Tom Billings vanished

6 years agoVideo
2:12
The British tourist was in Vancouver, and searches on his laptop indicated he set off for a solo hike in the Hanes Valley area of the North Shore 2:12

Investigators are renewing a public appeal for information about 22-year-old Tom Billings, who disappeared one year ago while travelling in Vancouver.

Police have released new family photos of the young man, hoping that someone will remember seeing him.

"Every day is very difficult," says Billings' father Martin, who lives in Oxford, U.K., and visited Vancouver six weeks ago to discuss the ongoing search effort and release of the photos with police.

"We still hope for the impossible, or maybe the improbable, I should say. But it's a very bleak picture, I'm afraid," he said.

Tom Billings was last seen one year ago today.

Police say he was spotted earlier that day on East Broadway near McLean Drive, at about 9:00 a.m.

However, he wasn't reported missing until seven to 10 days later, when he failed to complete travel plans on his eight-week tour of North America.

"The thing I don't understand...is simply how in the First World, someone can disappear...when we're all connected 24 hours a day," says Billings' father.

The search for Tom has continued, most recently in early October, says Martin Billings, who praises the efforts of the Vancouver Police and the North Shore Rescue team.

"Sadly it's all been in vain, but it's not for want of trying."

Vancouver Police call it "very unusual," for a young man to disappear — with no resolution or suspicion of foul play.

Const. Brian Montague said that out of thousands of missing persons reports, "I believe this is the only one in the last couple of years that has remained unsolved."

Montague describes Billings as an avid hiker, who had travelled all over the world.

Billings' father exchanged emails with him 48 hours before he disappeared, and says he seemed "lighthearted" and eager to visit Canada for the first time.

Martin Billings described his son as a meticulous planner, who had been hitchhiking and finding accommodation on Couchsurfing.com during his trip. His laptop and backpack were left behind where he was staying on East Broadway.