Provincial Health Officer Dr. Bonnie Henry has announced wide-ranging new rules for controlling the spread of COVID-19, including mandatory masks in indoor public and retail spaces, and restricting social gatherings to household members only for everyone across B.C.

Social lockdown extended to Dec. 7 and across the province, high-risk fitness activities suspended

Provincial Health Officer Dr. Bonnie Henry has announced wide-ranging new rules for controlling the spread of COVID-19, including mandatory masks in indoor public and retail spaces and restricting social gatherings to household members only for everyone across B.C.

The new orders and guidelines come as one person died and another 538 cases of the disease caused by the novel coronavirus were announced Thursday in B.C. As of Thursday, there were 6,929 active cases of the virus across the province — the highest total to date — including a record high 217 patients in hospital, of whom 59 are in intensive care.

"We're seeing increased community transmissions and effects on our hospitals in all areas of the province," Henry said Thursday as she announced a long list of new measures meant to stem the second wave of COVID-19.

"We need to relieve the stress on our health-care systems, or else people with all types of urgent care needs will suffer."

She noted that in the past week, a person in their 30s died from the virus, proving that no one is invulnerable to COVID-19.

Henry's public briefing included a long list of new orders and recommendations that will severely limit British Columbians' social lives and recreational activities in an attempt to address spiking case numbers, hospitalizations and deaths from the virus.

She said she is extending an earlier order limiting social gatherings in the Fraser Health and Vancouver Coastal Health regions until Dec. 7 and making it apply provincewide.

That means no one should be meeting for social reasons with anyone outside of their immediate household, although a distanced walk with a friend or arranging for grandparents to pick up the kids from school is still acceptable. People who live alone can create a small exclusive "bubble" with one or two others, Henry said. 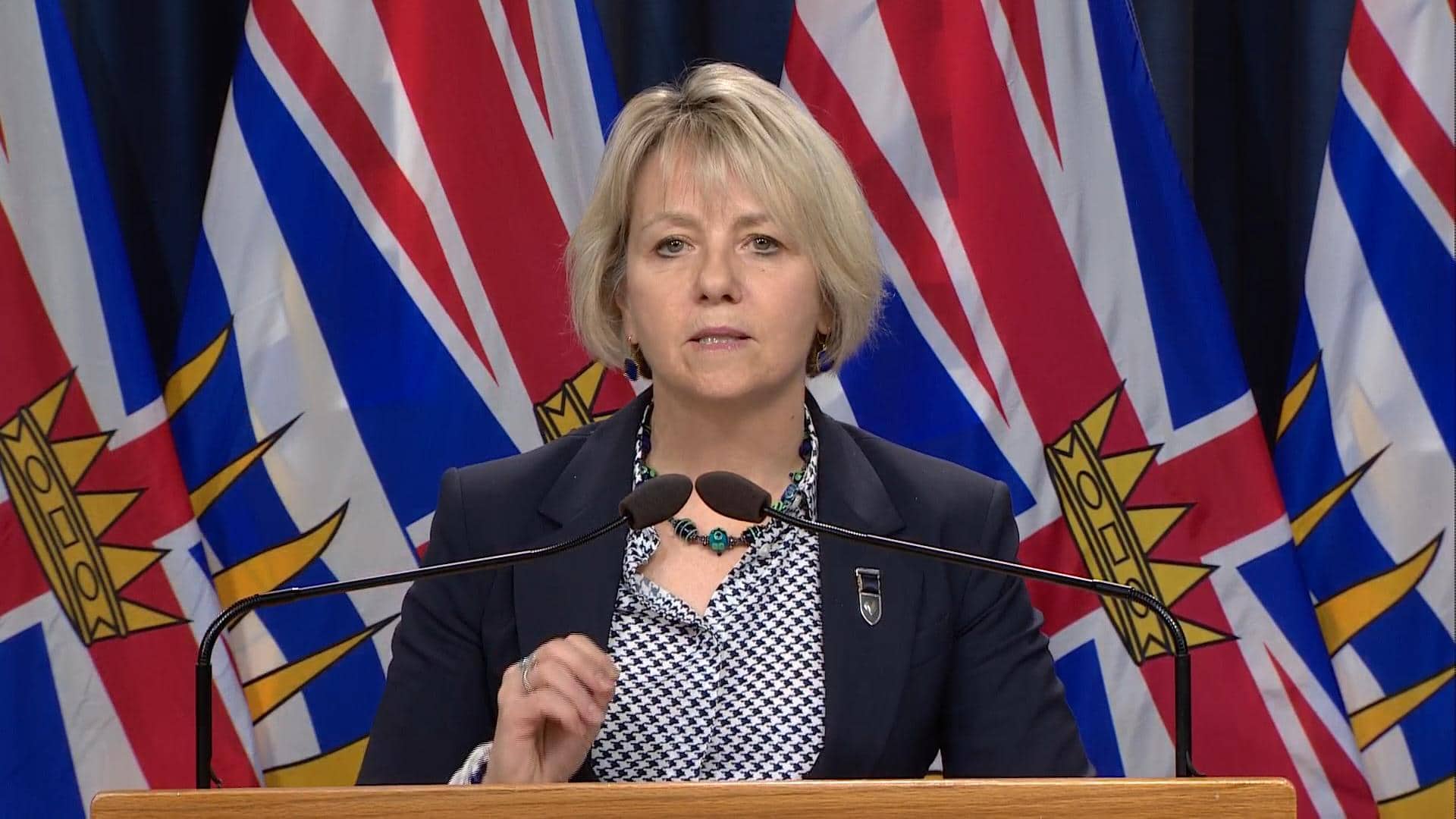 B.C.'s provincial health officer to young people: 'I need you to be superheroes'

2 months agoVideo
0:52
With a wide-ranging set of new public health orders announced Thursday, Dr. Bonnie Henry is appealing to B.C.'s youth and young adults to do their part in reducing the spread of COVID-19. 0:52

She's also reversed course on a longstanding resistance to public mask mandates, asking Public Safety Minister Mike Farnworth to implement a requirement for workers and members of the public to wear face coverings in all retail environments, restaurants and indoor public spaces, including common areas of workplaces, except when eating or drinking.

The order for mandatory masks is effective Thursday. It does not include schools.

Other measures announced Thursday include:

Regional orders on social gatherings were originally implemented for a two-week period on Nov. 7 in a bid to curb B.C.'s rapidly climbing case count.

But numbers have only continued to spike since then, and Henry said she's seen concerning levels of transmission within health-care settings and community gatherings across the province.

She said there has also been a pattern of disease transmission within workplaces, mainly when co-workers gather together for lunch or carpooling. Part of Thursday's new guidance to businesses is to take measures to prevent that from happening.

All indoor group fitness activities were also suspended on Nov. 7, though some have been allowed to reopen this week in the Vancouver Coastal Health region after public health workers approved new safety plans. Henry said Thursday that approvals for reopening have been rescinded for high-risk businesses, and other indoor group fitness activities will be watched closely.

There has also been one new community outbreak at the LNG Canada worksite in Kitimat where 14 people have tested positive.

Despite the discouraging news and the prospect of a lonely few weeks ahead, Henry said there is a light at the end of the tunnel, with increasingly positive news about a vaccine or even multiple vaccines.

She issued a call for everyone to step up and do their part to bend the curve back down again.

"I want to appeal to young people and young adults: help us. I know how difficult this has been," she said.

"Young people have proven they have resilience. I'm calling on all of you — I need you. I need you to be superheroes. Step up, hold the line, help all of us get through this."

Meanwhile, Health Minister Adrian Dix said B.C. has now hired an additional 702 contact tracers, and there are more than 100 people who've received offers to join the team, along with 434 who are being interviewed.