While B.C. dairy farmers are unhappy with the new trade deal reached with the United States and Mexico, the average consumer won't see much of an impact, says one expert.

Average consumer won't see much of an impact on dairy products, says one expert

While B.C. dairy farmers are unhappy with the new trade deal reached with the United States and Mexico over the weekend, analysts say the average consumer won't see much of an impact on the shelves.

Canada's dairy industry is one of the critical parts of the new United States Mexico Canada Agreement, set to replace NAFTA. The new deal gives American farmers greater market access to sell their goods in Canada.

"I don't think the consumer is going to see much difference," said Sophia Murphy, a senior adviser with the Institute for Agriculture and Trade Policy.

In terms of products, Murphy said, similar dairy items will be stocking the shelves, though there may be some differences.

"In U.S. milk, there may be growth hormones and things like that — [usually] these things are generally labelled [in Canada] and I think if the Canadian consumer is asking for something without it, they will still be able to get product without it," Murphy said.

Canadian farmers are not allowed to give their cows hormones to increase milk production but the practice is allowed in the United States. However, in the U.S., milk cannot be labelled "hormone-free."

For guaranteed hormone-free milk, Canadian consumers will have to look for labels with the blue-and-white Dairy Farmers of Canada logo.

Murphy said the cost for consumers is also likely to stay stable.

"I would be astonished if we did [see a change in prices]," she told Stephen Quinn, the host of CBC's The Early Edition.

Milk doesn't flow directly from the producer to the consumer, she explained, but goes through a dairy processor.

"We have maybe two or three in Canada, big companies that control that market," she said.

"There are too many other places in the market where it sticks for this to translate to lower prices for the consumer." 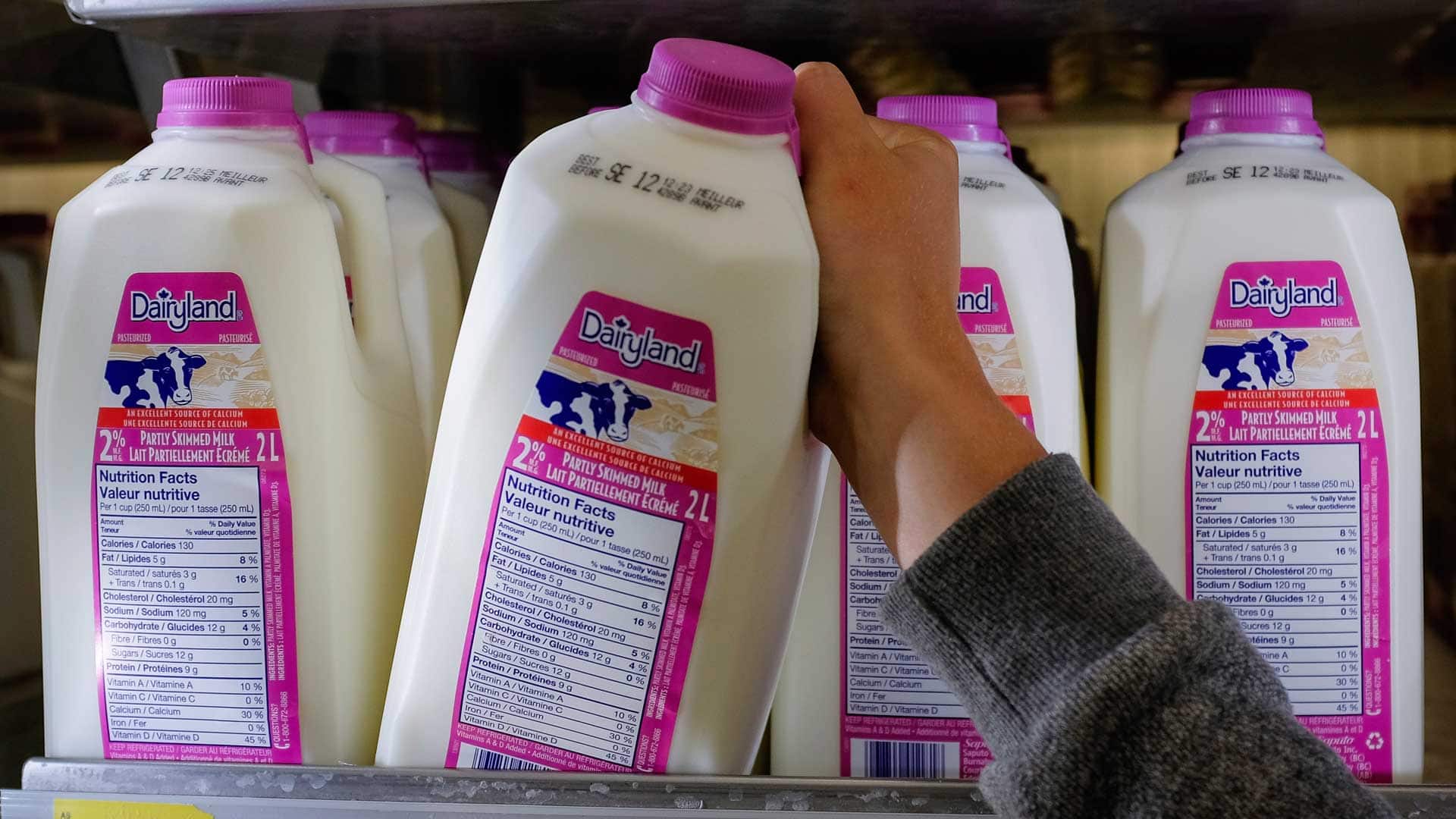 Supply management: The argument for and against, and why Trump hates it

3 years agoVideo
1:11
The National takes a brief look at supply management, the argument for and against it, and why U.S. President Donald Trump hates it and complains about Canada's system. 1:11

For dairy farmers though, it's a different situation.

"It's lose-lose for farmers until they can work out a better way to deal with these supply issues and the question of market power," Murphy agreed.

Dave Taylor, chair of the B.C. Dairy Association, said he's angry that dairy was used as a concession in the trade talks.

"I'm just so frustrated because they've asked us to be competitive as an industry and we have done that," the Vancouver Island dairy farmer told CBC on a break from milking and feeding his cows.

"They've asked us to be more sustainable and we've done that. We provide some of the top quality milk in the world … and yet it wasn't enough."

Andrei Sulzenko, a former Canadian trade negotiator, disagrees that the new agreement will be a death by a thousand cuts to the dairy industry, as some have been saying.

It's more of a symbolic win for the U.S., he said, explaining that dairy farmers still retain the majority of the Canadian market.

"We still have about 96 per cent of the Canadian market to ourselves. It's not as though there is going to be a huge influx of imports from the Unites States, so it's a symbolic win for Trump and for Wisconsin dairy farmers," he said.

"Frankly, from a Canadian consumer point of view, it's about time that we started liberalizing an archaic system," he added.

With files from Yvette Brend and The Early Edition.