Iranian refugee Amir Taghinia escaped a desperate situation in an Australian refugee camp and now is speaking out on behalf of those left behind. 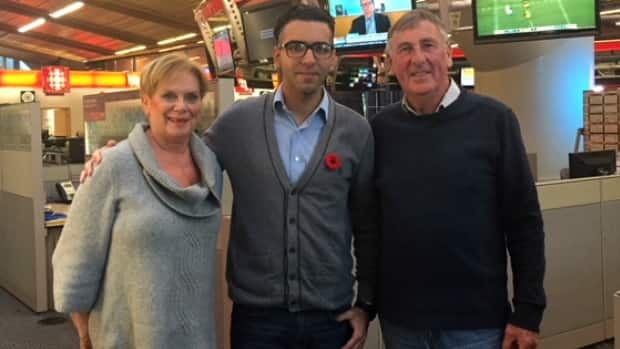 3 years agoVideo
2:45
Taghinia spent over four years detained on a remote island off the Australian coast before being sponsored to live in Canada 2:45

In a few short weeks, Amir Taghinia has lived both extremes of humanity and fate, leaving the desperate conditions of an offshore Australian refugee camp and arriving in the comfortable Coquitlam home of Wayne and Linda Taylor.

"I still cannot believe that I am in Canada," said the 24-year-old Iranian refugee. "People are so welcoming ... they are so lovely, especially my sponsors."

Taghinia has been in Canada just four days, after spending over four years detained on remote Manus Island, which is part of Papua New Guinea.

A sponsor group of about a dozen Coquitlam residents started the process to bring him to Canada in 2015, a few months after the Taylors' daughter, Chelsea, had met him while administering immunizations to Manus Island detainees.

Taghinia was first sent there in July of 2013 after being rescued from a sinking boat alongside dozens of other asylum seekers who were trying to get to Australia.

As fate would have it, Australia had just changed its immigration policy in July of 2013. In an attempt to prevent asylum seekers from trying to reach Australian shores by boat, the government began paying both Papua New Guinea and Nauru to hold refugees in off shore detention centres.

Taghinia, then 20, was one of the first to arrive on Manus Island. Over time, the camp grew to house over 700 men.

"It was so filthy that I cannot put words for it," said Taghinia. "Ninety per cent of the men were sick ... from stress, from unhygienic food and water. And there wasn't a proper place to sleep."

"I was hostage there," he said. "If the Canadian government and my sponsors weren't there, I may have died on this island."

Taghinia has seen the last of Manus Island, but his heart is still very much with the men who remain.

During his custody, he became a spokesman for the detainees, speaking out on mainstream and social media to whoever would listen.

"I couldn't sit silent," he said. "The [camp administration] intelligence report, they called me the agitator of the centre and a trouble maker. I was not making any trouble. I was just defending human rights."

Wayne Taylor believes Taghinia's reputation on Manus could be why Australian officials expedited his move to Canada.

Normally, it takes about four years to bring in a sponsored refugee, but, in his case, the paperwork came through in just 22 months.

"Our suspicion is that the Australians may have been relieved to allow him go because he was pushing very hard on behalf of the refugees on Manus," said Taylor.

"Bear in mind this is something very strange for the visa office in Sydney, because there aren't too many refugees applying to come from Australia to Canada."

Taghinia hopes that any attention he receives in his new home will also shine a light on the unfolding humanitarian crisis of Manus Island refugees.

Conditions in the camp became even more desperate Nov. 1 when the Australian government decided to end the supply of food, water and medical aid to refugees.

"The Australian government has simply walked away." he said. "My friends are now digging wells in the ground to get water and they have no food. They are starving."

"If people are not finding out about this, if there is not proper media coverage, we will see in the next day or weeks people digging graves for their friends."