British Columbians can now combine their drivers licence with a CareCard in a new BC Services Card, but critics are questioning how citizens' privacy will be protected under the new system. 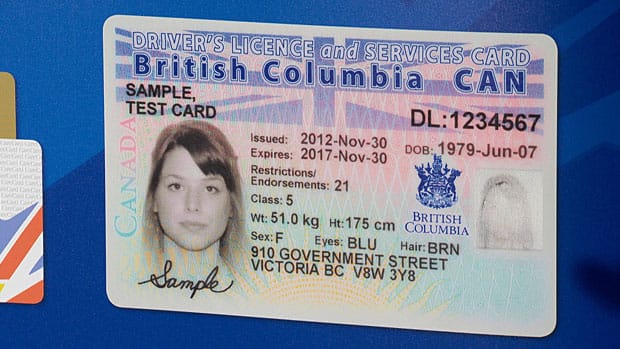 8 years ago
1:48
Some people are worried about the new BC Services Card which will replace the CareCard 1:48

British Columbians can now combine their drivers licence with a CareCard in a new BC Services Card, but critics are questioning how citizens' privacy will be protected under the new system.

The new cards include a photograph and an expiry date, to ensure the people who use them are actually the proper holders of the cards.

They also have a chip, eventually allowing users to access services by tapping on card readers and entering a PIN, once the second phase of the program is rolled out.

Health Minister Margaret MacDiarmid says the original CareCards, which were first issued in 1989, needed updating to include these new security features.

But The B.C. Civil Liberties Association has raised concerns that the cards appear to be part of government push to integrate databases containing citizens' personal information.

Policy director Micheal Vonn has called for a halt to the program until more information is made public.

"This government has got to come clean on the card before we are all forced to use it," she said last week. "British Columbians have been provided almost no real information about it."

But MacDiarmid says the health and ICBC databases will remain separate and no actual health or driving records will be stored on the cards.

MacDiarmid also points out people won't have to combine the cards if they don't want to, and people who do not want a drivers licence can still get the new BC Services Card on its own.

The combined cards will cost the same as a regular driving licence, and will need to be renewed every five years.

"When it comes time for them to renew their driver's license, then they need to bring some identification with them and they'll either get a joint BC Services Card and driver's license or separate ones. And that's all there is to it. They'll get a picture taken and the card will come in the mail," she said.

B.C.'s Information and Privacy Commissioner Elizabeth Denham has approved the introduction of the cards, but said the planned expansion of the program to connect the cards to databases through touchpads should not go ahead without public consultation.

"Phase 2 will be a significantly larger step, that brings with it considerable risks to personal privacy, in that there is the potential for data linkages to connect an individual’s discrete activities across multiple platforms," said Denham last week.

"I remain deeply concerned that the public has not been consulted about the BC Services Card program as a whole. Given the program’s profound reach and the amount and type of personal information involved, it is critical that citizens are included in the dialogue," she said.

The B.C. Freedom of Information and Privacy Association has also raised concerns about the streamlining of personal information by the government.

"The government’s performance on these projects is appalling on almost every level," said Vincent Gogolek, FIPA’s executive director last week.

"We need a public inquiry to get to the bottom of this pattern of privacy invasive, security weak and costly IT adventures, certainly before the latest one is launched."