A young southern resident killer whale spotted swimming in the waters off the west side of Vancouver Island now has a name.

Scientists say K45 is the newest member of K pod, its sex is currently unknown

A young southern resident killer whale spotted swimming in the waters off the west side of Vancouver Island now has a name.

The Center for Whale Research (CWR) based in Washington state says it has dubbed the latest addition to the K pod as K45 after staff spotted it in a tight group with other family members northeast of Race Rocks, an ecological reserve at the southern end of Vancouver Island.

The centre says it received video and photographs of a possible new calf in April and June, and a field biologist is among those who have confirmed its presence, though the calf's sex is not yet known.

Scientists speculated earlier this year that a baby had been born to a member of K pod and said they hoped the whale was female to help the population grow.

CWR says the survival rate of orcas in their first year is 37 to 50 per cent. Research from the University of Washington shows that about 69 per cent of pregnancies among southern resident killer whales fail to produce a live calf.

The Pacific Whale Watch Association, which represents 29 whale-watching companies in B.C. and Washington state, said in January that 2021 was a record year for whale sightings in the Salish Sea. 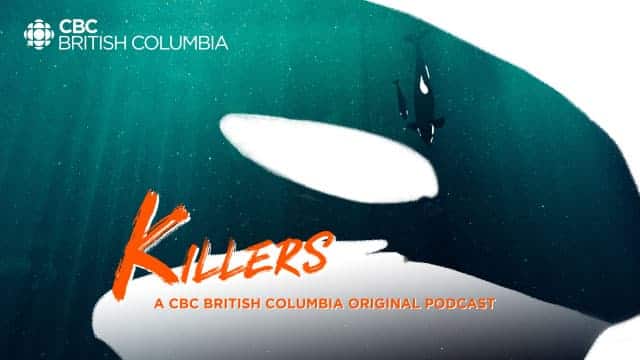 Killers: J pod on the brink35:12Episode 1: “Tapping Out”
Hope turns to dismay as a new J pod calf dies before researchers arrive. When mother J35 carries its corpse for 17 days and 1000 miles, the world wakes up to the plight of the Southern Residents. Some call it grief; others, a message, and the drama of that hot summer becomes a symbol of the struggle to save J pod.

For more on the threats to the southern resident killer whales and the efforts to save them, check out CBC British Columbia's original podcast Killers: J pod on the brink, hosted by Gloria Macarenko.

With files from Courtney Dickson and Joel Ballard