Under the government's proposal for a new Water Sustainability Act, water companies that currently do not pay any fees for extracting groundwater will be required to pay 85 cents per million litres.

Proposed legislation is intended to replace the century-old Water Act 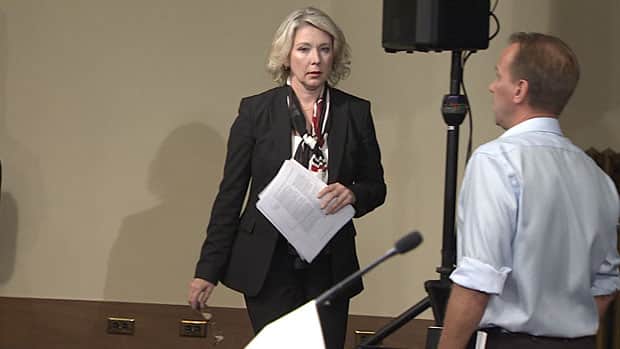 New rules for B.C. groundwater use

B.C. Environment Minister Mary Polak released the government's proposal for a new Water Sustainability Act on Friday, which includes widespread changes in the regulation and use of groundwater.

The proposed legislation is intended to replace the century-old Water Act, which has been heavily criticized for its alleged failure to address key sustainability questions about B.C.'s water resources, particularly groundwater.

"Modernizing the Water Act was a key commitment in our election platform. The Water Sustainability Act will update and replace the existing Water Act, which we know is over 100 years old," said Polak during a press conference in Victoria this morning.

The new regime will introduce restrictions on industrial groundwater users, which are currently not regulated in B.C., including metering and licensing requirements and new fees.

Similarly, the government will be able to limit industrial uses of groundwater during times of drought.

According to Polak, the changes will not impact domestic groundwater use.

Ben Parfitt, with the Canadian Centre for Policy Alternatives in Vancouver, says the new legislation is a "significant step in the right direction, but there is tremendous room for improvement," particularly with respect to fees.

For example, water companies that currently do not pay any fees for extracting groundwater will only be required to pay 85 cents for every million litres of water that they take.

"So two million [one litre] bottles will sell for a buck each. They'll bring in two million bucks and the taxpayer will get 85 cents, so there may be some pricing issues there," said Andrew Weaver, the Green Party MLA for Oak Bay-Gordon Head.

The new legislation will also give industries that rely on heavy water usage, such as natural gas hydraulic fracturing, a fee exemption if they use non-potable water during production.

According to Parfitt, however, the fee exemptions may pass extra costs onto taxpayers.

"All of the water that is used in fracking, at the end of the day, ultimately is going to have to be disposed of deep underground and government is going to have to monitor that," he said. "That's going to cost money and the industry that's responsible for that water use should be paying a fair share."

The proposed legislation is the culmination of public consultations that began in 2009 and saw 2,250 written submissions by various stakeholder groups. It is expected to be tabled during the spring 2014 legislative session.

In a press release issued Friday morning, the government highlighted several other key issues they feel the Water Sustainability Act will address more effectively than its predecessor:

Members of the public are asked to provide feedback on the proposal online until Friday, Nov. 15.