A non-profit organization has identified a B.C. Children's Hospital nurse as one of the Canadians who died in the avalanche in the Annapurna region of Nepal.

4 Canadians died following a blizzard and avalanche in Nepal's Himalayas 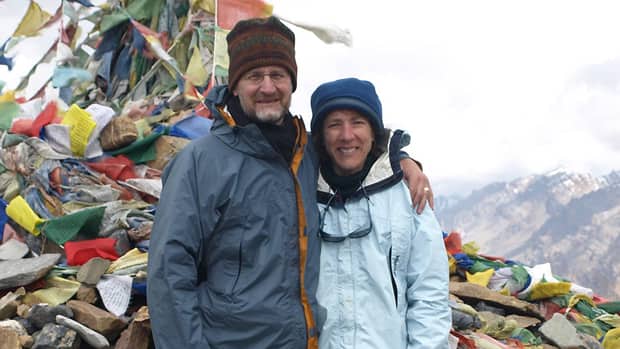 6 years ago
5:36
Tributes are pouring in for a Vancouver nurse killed in an avalanche in Nepal. CBC's Andrew Chang speaks with her brother-in-law. 5:36

A non-profit organization has identified a B.C. Children's Hospital nurse as one of the Canadians who died in the avalanche in the Annapurna region of Nepal.

On its Facebook page, the board of the B.C. Children's Heart Network said that Jan Rooks, a beloved cardiology nurse clinician at BC Children's Hospital, had died.

"She was a great nurse with a very special love of heart children and families, and she had a special gift for putting people at ease in the most difficult situations and giving comfort to children and families during times when they needed it most", the statement read. "It seems impossible that someone like Jan can be gone from our lives in the blink of an eye. She will be so sadly missed."

It was not immediately clear how long Rooks worked for BC Children's Hospital, but a post on the organization's website indicated she had won an award of distinction in 2010 for her dedication to patients and their families.

The statement said that Rooks had a love of the outdoors, and had travelled to Nepal with her husband Grant and another couple, which included a colleague from the hospital.

Those three people are accounted for and safe.

Meanwhile a man from B.C.'s Okanagan region who was believed to be missing in the disaster zone in the Manang region is alive.

The uncle of 29-year-old Matt Adams spoke with CBC News late Thursday, saying that Adams made contact with his mother, telling her that he was safe at a base camp.

Meanwhile, the parents of another B.C. man are still waiting to hear from their son.

The family of Haj Bains, 25, has not heard from him since Oct. 10, according to his sister Harmik Bains.

"I don't think he's technically missing.  I think it's just an out-of-contact situation.  I think that might be the case for some people but when they know when the person might be closer to the area, it might be a bigger issue.

Hundreds of families have turned to a Facebook group to make contact with trekkers in the region. They're urging loved ones to get in touch to ease anxieties back home.

Two Ottawa women in the area were also confirmed to be safe earlier Thursday.

Montreal-based travel company Terra Ultima said Wednesday three Quebec women are missing and feared dead. The women include two in their 50s and one in her 30s.

The Canadians who died were among a group caught in a blizzard, the tail end of a cyclone that hit the Indian coast a few days earlier. A government official said recovery will take some time, as bodies were buried in up to two metres of snow.

Rescuers widened their search Friday for trekkers in Nepal's northern mountains, with the official death toll at 29, including four Canadians.

The government also announced a high level committee with two senior ministers that would monitor and coordinate rescue efforts following criticism that the Nepal government was not doing enough to help.

Helicopters rescued 40 trekkers Friday, and received information about another 50 people stranded but safe in another village, he said.

Rescuers have already pulled out 78 trekkers from Mustang district and 157 from neighbouring Manang district since rescue efforts began on Wednesday.