A growing number of companies are going on the offensive against people who post negative online reviews about their businesses. An Ottawa student learned that the hard way, as Go Public found out. 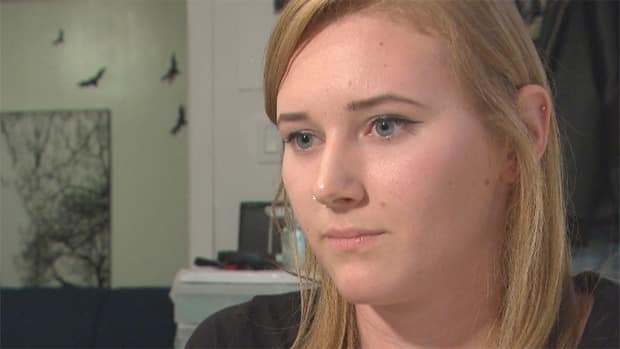 Companies hit back against negative reviews

It's just an opinion, right? But if you post it online, you could get some unwanted attention from lawyers.  A growing number of companies are going after people who post negative reviews online.

Ottawa student Olivia Parsons learned that the hard way. After moving out of her apartment in June, she says she posted several less-than-flattering online reviews on Google and Yelp.

The reviews took aim at CLV Group — the company that manages the building. According to its website, CLV manages more than 7,500 rental apartments in Ontario and Quebec.

Parsons was upset about fees she was asked to pay after moving out and the way, she says, the company handled the issue.

"I had a very negative experience with CLV Group. So I just thought, September was coming, students were coming, and I felt that they had a right to know what had happened."

About a week later, Parsons got a surprise in the mail — a letter from CLV Group's lawyer demanding Parsons immediately stop posting negative reviews and that she delete the ones already up.

My heart just dropped. I couldn't believe that they had found me.- Olivia Parsons, student

The letter described her reviews as "false" and "misleading" and damaging to the company's reputation.

That letter came as a surprise for another reason. Parsons used an online pseudonym. Yet the company was still able to track down her real name and even her new address. She has no idea how they managed to do that.

"My heart just dropped. I couldn't believe that they had found me."

And while Parsons stands by the reviews she wrote, she did delete them. She says the CLV Group's legal pressure was enough to scare her into doing it.

She asked our Go Public unit not to republish the reviews in this story, saying she’s afraid the company will come after her again.

"Out of fear. I mean, when you get a threatening letter to your address when somebody's not supposed to have your address, it's scary."

In a written statement to Go Public, CLV Group says it takes all comments about the company seriously and that the company has an obligation to correct untrue statements made about them.

"CLV Group does not have a policy of pursuing individuals who write online negative reviews and CLV believes in freedom of expression and fair comment," said the statement.

"When anonymous comments are posted by a resident where the content and details of the posting make it clear who the resident may be, we attempt to reach out to the resident to rectify their concerns.​"

It's the topic of his new book, Technocreep: The Surrender of Privacy and the Capitalization of Intimacy.

"There's no question that there's a chilling effect. If people get letters from lawyers, they right away say, ‘I shouldn't be doing this,’" said Keenan.

"She should know that if what she has is a provable fact, she has a good defence. On the other hand, she may have to go hire a lawyer and it would become a whole complicated syndrome for her."

Keenan suggests that people who post online reviews keep really good records, keeping track of emails, receipts, and phone records just in case the review comes back to haunt them.

"The law is the same online as in the real world. If you defame somebody you can get in trouble. Of course, the defence is if it's true."

In fact, Keenan says, a lot of businesses in the U.S. are taking things a step further.  Some companies are now writing “non-disparagement” clauses into contracts.

So, even before they do business, customers must agree not to write anything negative about the company once the deal is done.

Then there’s what happened at the Mambo Nuevo Latino restaurant in Ottawa.

After patron Elayna Katz posted a negative review about her dining experience, then owner Marisol Simoes retaliated by trying to humiliate the reviewer online.

Simoes was eventually found guilty of libel. The restaurant's new owner decided instead to offer a discount for patrons who post positive reviews.

And in the U.S., the Union Street Guest House in New York state's Hudson Valley got a lot of push back this summer after posting a warning to anyone who books a wedding or any other event there that requires a deposit.

The sign warned they would lose $500 of the deposit if anyone in the wedding party or any of the guests left a negative review online.

In Olivia Parsons's case, she admits she now feels that online “chill”.

“I'm very reluctant to write reviews now. I definitely think twice. I feel like I can't just share my opinion freely and it hasn't been a very positive experience.”