A second witness at a coroner's inquest into the deaths of three mushroom farm workers in Langley, B.C., has testified the deaths were preventable. 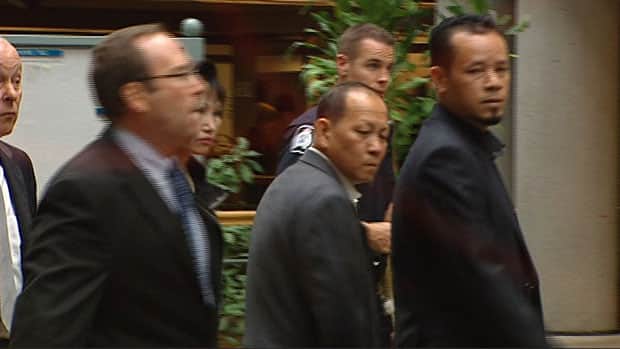 A second witness at a coroner's inquest into the deaths of three mushroom farm workers in Langley, B.C., has testified the deaths were preventable.

Geoffrey Clark, a confined spaces expert at WorkSafeBC, says 18 people have died in enclosed spaces in B.C. in the last decade, but all the deaths could have been avoided.

Clark said most of those deaths involved people trying to rescue others who'd been overcome by fumes inside a structure.

Clark says it's natural for people to want to try to rescue others who are in trouble, but in the case of the mushroom farm accident, the paramedics who arrived on the scene did the right thing by staying out of the shed where the deaths occurred.

Paramedics told the inquiry Monday they struggled to keep other farm workers out of the hut.

Clark says one breath in a low-oxygen confined space can render someone unconscious, so people shouldn't believe they can just hold their breath and try a rescue.

Ut Tran, 35, Han Pham, 47, and Chi Wai Chan, 55, all died within moments of entering a pump shed where toxic gas had accumulated in September 2008. Two other workers survived but suffered permanent, severe brain damage in the incident.

Three operators of A-1 Mushroom Substratum were fined $350,000 after pleading guilty to 10 of 29 charges linked to the death of three workers.