Mumtaz Ladha, a West Vancouver woman who made international headlines when she was charged and subsequently acquitted of human trafficking, has launched a lawsuit.

Ladha was acquitted in 2013 of human trafficking, but says she lost money and her reputation 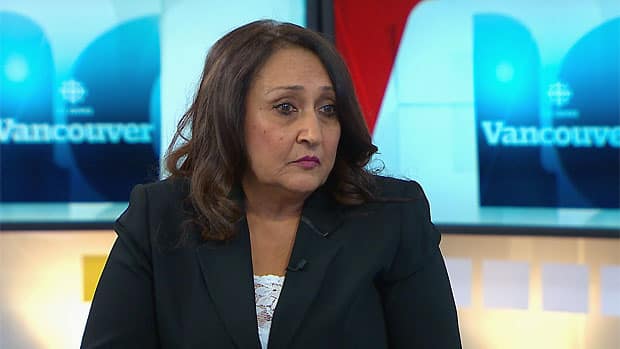 6 years ago
3:20
She was acquitted of human trafficking, says reputation suffered 3:20

Mumtaz Ladha, a West Vancouver woman who made international headlines when she was charged and subsequently acquitted of human trafficking, has launched a lawsuit against the police and the province for seizing her assets.

Ladha said she wants to recover her reputation and financial losses, and is suing the RCMP and B.C.'s civil forfeiture office.

"There's no way you get explain in a few words what I feel now or what we went through," she told CBC News. "I still break out in sweats in the middle of night even today."

Ladha's lawyer David Martin said the RCMP highly-publicized the arrest when it happened three years ago.

"The RCMP sensationalized the laying of criminal charges during a May 17, 2011 news conference," said Martin in a statement released Monday.

Ladha was found not guilty of the charges two years later, with Justice Lauri Ann Fenlon concluding that not only was there reasonable doubt to her guilt, but that she was convinced Ladha's accuser was lying.

Her accuser — whose identity is protected by a court order — was a young single mother from Africa who told RCMP Ladha brought her to Canada to be an unpaid housekeeper.

"That she was forced to work 18 hours a day and only fed table scraps ... It's the RCMP that developed the narrative ... that Mrs. Ladha was a keeper of slaves," said Martin.

Ladha is suing B.C.'s civil forfeiture office after it filed a claim against her multi-million dollar West Vancouver home, freezing the family's main asset while they needed cash to mount a defence, her lawyer said.

"I had to sell my house to pay my legal fees, to sustain other costs that incurred, and due to this my husband wasn't capable of performing in his own businesses, we have loss of income, and that's where we are at right now," Ladha said.

Statements of defence have not yet been filed.