Four more employees of the Tim Hortons in Fernie, B.C., have come forward after two of their former colleagues accused the owner of cheating them out of overtime pay. 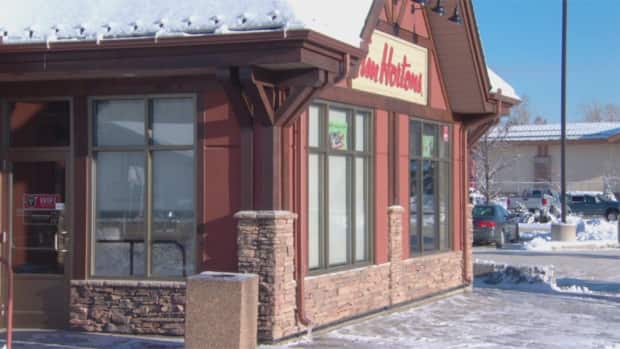 Four more employees of the Tim Hortons in Fernie, B.C., have come forward after two of their former colleagues accused the owner of cheating them out of overtime pay.

Heide Kibanoff and her boyfriend, Richard Pepito, claimed last week that Pierre Pelletier hired them and other Filipinos under Canada's Temporary Foreign Worker Program to work in the small city at his franchise store, where they often put in long hours.

The pair, who left their jobs earlier this year, allege that Pelletier often made sure that the overtime that was paid came back to him — in cash — and that he even drove employees to the bank and waited while they cashed their paycheques.

The RCMP told CBC News Thursday a file has been opened relating to the Tim Hortons in Fernie, but say they cannot comment further as it is an ongoing investigation.

The B.C. Employment Standards Branch said it has also launched an investigation.

Pierre Pelletier has not responded to CBC's repeated calls for an interview but he did send an open letter to local paper the Fernie Free Press this week defending himself.

Now four more employees — all Filipino and still working at the Fernie Tim Hortons — have come forward with their own accounts of alleged theft, threatening behaviour and manipulation from their boss.

The four employees told CBC News alleged they had to pay hundreds of dollars apiece for their work permits and Labour Market Opinion surveys when, in fact, employers are legally obliged to cover those costs.

A Labour Market Opinion — also known as a LMO — is a legal document describing the worker's job and is required by the federal government before it issues any temporary permit for a foreign worker.

Fernie Tim Hortons employee Jenie Orense said her boss changed her status to skilled supervisor on her LMO, which allowed her to apply for permanent residency.

But, Orense claims, when she disagreed with Pelletier over other matters, he began threatening to send her home.

"I was shocked...I was so scared, I was crying," Orense said.

"Nobody ever treated me that way. And especially, since I'm not in my own country, of course I feel afraid that all of a sudden I will be sent home," she told CBC News.

Orense also claims Pelletier took overtime money from her by driving her to the bank before giving her the paycheque, and then demanding she bring him back the overtime amount in cash.

"After cashing it, I gave the money to Pierre in the car....I didn't ask anything, I just followed him, did what he wants, because I know already, when he gets mad, he doesn't want to be questioned."

Orense said she is afraid of Pelletier and has lost weight due to the stress she is suffering.

Orense said she had taken the alleged threats for two years so she could send money home to the Philippines. Now, she says, if she cannot get permanent residency, she will save some money and go home to start a new life.

He's always telling me: "You are nothing, you're just a worker here.- Joel Natividad, temporary foreign worker at the Tim Hortons in Fernie, B.C.

"The reason I came here is to support my two kids and my family. Who wants to be in this situation? I don't want to be in this situation," she said. "Yes, I have money now, I can support my kids, I can pay whatever they want. But if you're going to ask me emotionally, I'm not happy. I'm emotionally distressed. I was never stressed like this before."

She also accuses Pelletier of 'playing favourites', promoting favoured employees rather than Orense ​and other Filipinos working in the store.

Orense says she is looking for another job, but it's not easy getting a new employer to agree to all the paperwork required for a temporary work permit.

Joel: 'We cannot do anything'

Joel Natividad, another temporary worker from the Philippines, says his boss also declared him a skilled supervisor on his LMO documentation, in order to help him bring his wife to Canada.

But in reality, he says, is just another team member and has been for more than three years.

"The problem is... we cannot do anything. We cannot say anything to him because he's always telling me 'You are nothing, you're just a worker here'," said Natividad.

Natividad claims Pelletier also took his overtime money, and there was little he felt he could do about it.

"I was scared. When I came here, I don't know what the law is. I just want to work and get a better future here, bring my family here."

Jona: 'I didn't want to take any risks'

Jona Pineda, who is pregnant, has worked in the store for two years and says she recently asked her boss for help with her papers for the Provincial Nominee Program.

Pineda says Pelletier agreed to help her, but only if she could get a former employee, Richard Pepito, to drop his complaint  with the B.C. Employment Standards Branch.

"Every day [Pelletier] was coming to the store and talking to me, asking me if I talked to Richard already. I'm stressed every day, every time I come to work," Pineda said.

Pineda said she knew it was not legal for Pelletier to allegedly force her to pay for her own work permit and LMO, but she didn't know what to think.

"I was really worried. I thought he was a good guy, that he was trying to help me," she said. "I'd been waiting for six months for a work permit and my family just got here. I didn't want to take any risks because I didn't want my family to go home again."

Pineda said she too was cheated out of overtime money but was afraid her boss would send her home. She claims he threatened to do so repeatedly.

"He acts like he has lots of connections so I feel like I can't do anything about this...that's what's happening, even right now."

Pineda says it is hard to go to work every day and she hopes to transfer to another store or go somewhere else.  "I'm afraid for us," she told CBC News.

Chris: Boss controls every Filipino in the store

Pineda's husband, Chris, also works at the store. Speaking in Tagalog, with translation from Kibanoff, he told the CBC News Pelletier controls every Filipino in the Fernie branch.

Chris Pineda alleges Pelletier forced him to write a letter refuting Pepito and Kibanoff's claims and declaring his support for Pelletier, all allegedly dictated by Pelletier himself.

Pineda also claimed that due to his friendship with Pepito, Pelletier reduced his hours from 40 hours per week to just 15, forcing Chris to take other part-time jobs.

Speaking through Kibanoff, Pineda also said he never imagined such things would happen when he came to Canada. He was expecting a better life and a better future for him and his family.

Pelletier: 'All of our team members are important to us'

This week, in an open letter to local paper the Fernie Free Press, Pierre Pelletier and his wife, Kristine, wrote they wanted to "set the record straight with our local community."

"We would like to express how extremely saddened and shocked we are at this recent turn of events and want to set the record straight with our local community," wrote Pelletier.

"Our Temporary Foreign Workers are valued members of our business and community...We as employers have been proud to get to know and trust them on a personal and professional level."

Pelletier writes that he and his wife not only provided jobs for their temporary foreign workers but also provided "vehicles, bikes, furniture, laptops, groceries and clothing to help them get started."

"All of our team members are important to us and we help out whomever we can, however we can."

Pelletier also said they are fully cooperating and complying with the B.C. Employment Standards Board, which said it has launched an investigation.

Documents obtained by CBC News show Tim Hortons hired a risk mitigation firm to look into Pepito's complaints against the boss of the Fernie store.

Last week, the B.C. Federation of Labour called on police to investigate the case against Pelletier and the RCMP detachment in Fernie says it has received a complaint relating to the claims.

A hearing date for Pepito's complaint with the B.C. Employment Standards Branch has been set for February.

Pepito and Kibanoff said they are also preparing to file a complaint with the B.C. Human Rights Tribunal.