Five of the 18 people who died after taking ecstasy in B.C. last year also had traces of the toxin Paramethoxymethamphetamine in their systems, B.C.'s chief coroner says.

4 of 5 deceased had taken multiple pills 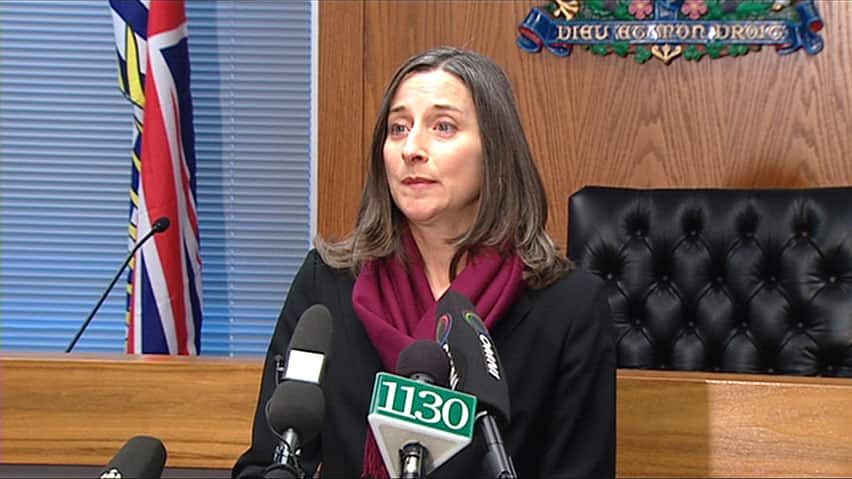 Five of the 18 people who died from adverse reactions to ecstasy since August also had the chemical Paramethoxymethamphetamine (PMMA) in their bodies, says B.C.'s chief coroner Lisa Lapointe.

Lapointe also told a Vancouver news conference Friday that tissue samples from all the deceased also contained Methylenedioxymethamphetamine (MDMA), which is the main ingredient of ecstasy.

It is presumed the victims had taken doses of the recreational drug that had been laced or cut with PMMA.

Lapointe said all but one of the people who died had taken multiple pills.

The three males and two females ranged in age from 14 to 37.

Police in Calgary reported this week that PMMA has been linked to five recent ecstasy-related deaths in that city.

The Calgary officials also said most of the ecstasy in Calgary comes from the Vancouver area.

Officials in both Vancouver and Calgary say PMMA hasn't turned up in street drugs before, but the Canadian Centre on Substance Abuse says it has been used as an ecstasy additive elsewhere, leading to deaths in Israel, Denmark and Taiwan.

RCMP call B.C. an ecstasy manufacturing hub that has networks distributing the drug north and east, although Simon Fraser University criminologist Rob Gordon said producers using the new chemical were probably not trying to kill anyone.

Gordon said the chemical was likely used in hopes of boosting the high or because it was bought cheaper than ecstasy's usual ingredient, but instead made a "bad batch" that has likely now been pulled off the black market.

With files from the CBC's Renee Filippone and The Canadian Press