Police in Los Angeles are searching for a missing Vancouver woman who disappeared five or six days ago while travelling alone around southern California. 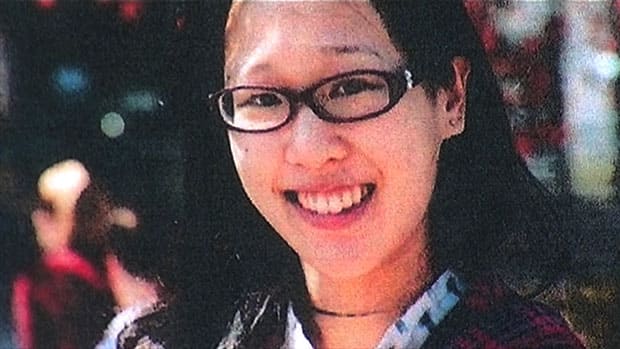 8 years agoVideo
1:26
Los Angeles police say they have evidence that Elisa Lam may be hurt or in danger 1:26

Police in Los Angeles are searching for a missing Vancouver woman who disappeared six days ago while travelling alone around southern California.

Elisa Lam, 21, was last seen by the staff at the Cecil Hotel in downtown Los Angeles on Jan. 31, police said Wednesday at a news conference that was attended by her family.

"There's been no communication at all. That's worried us and worried the family, so we're proceeding with the investigation," said L.A. police Lt. Walter Teague.

Investigators said Lam normally was in contact with her family every day, but last made contact on Jan. 31.

Her disappearance is suspicious and may involve foul play, they say.

Police were asked whether Lam knew she was staying in a potentially dangerous part of the city.

"I don't believe that she had any idea that might be a location to be worried about," Teague said.

Lam is a University of British Columbia student and was hoping to graduate in 2016.

Her sister, Sarah Lam, a makeup artist in Vancouver, tweeted a plea for help in hopes that someone will come forward with information.

Police said they've collected some of Lam's belongings and investigators will be looking closely at security video from the hotel.

The LAPD say they are working with the RCMP and Interpol on the investigation.

If you know Elisa Lam, CBC News would like to hear from you.