Missed the eclipse in Vancouver? Watch it here in under a minute

The moon obscured 86 per cent of the sun during the peak of the eclipse in Vancouver. 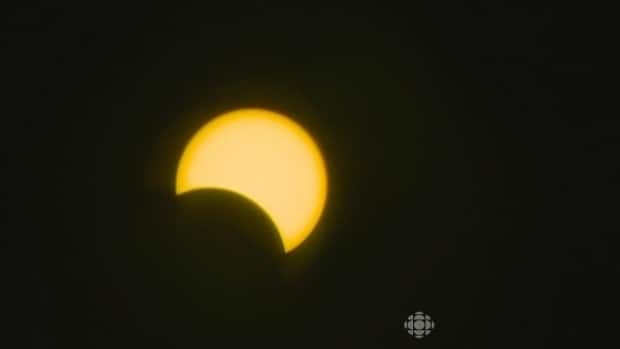 3 years agoVideo
0:56
The moon blocked 86 per cent of the sun during the peak of a partial eclipse in Vancouver. 0:56

Thousands of people across southern B.C. gathered outside on Monday to watch one of the best showings of the solar eclipse in the country.

If you missed the full two hour experience, you can watch the sped up version in the in video above.

CBC's cameras were stationed outside Science World near downtown Vancouver for the entire duration. Our operators darkened the lenses using multiple filters and gels to capture the celestial phenomenon.