The squabbling continues between the Metro Vancouver's Mayors Council and the provincial government over who should develop Translinnk's new funding model. 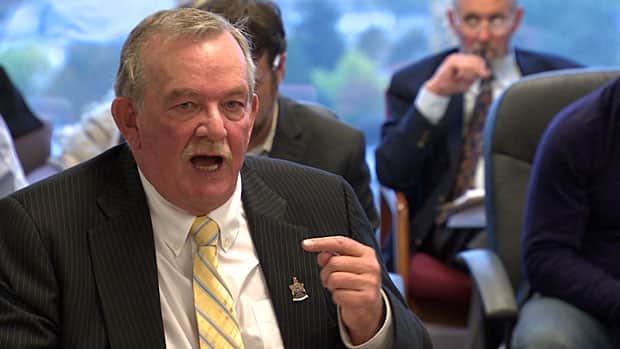 8 years ago
2:07
Metro Vancouver mayors are picking a fight with B.C. and TransLink over transit funding 2:07

The squabbling continues between the Metro Vancouver's Mayors Council and the provincial government over who should come up with a new funding model for TransLink.

On Thursday the mayors voted to roll back a $30 million property tax hike that could have added about $20 to homeowners' taxes to fund upgrades in TransLink’s current plan, including rapid bus lines for the Port Mann Bridge, upgrades to the SkyTrain, and a B-Line express bus service along King George Boulevard.

Instead they issued an ultimatum, giving the provincial government until the end of February to come up with a new funding model to pay for improvements to Metro Vancouver's transit infrastructure.

While mayors say they don't have the tools they need to properly fund the regional transit authority, their ultimatum has B.C.'s Transportation Minister Mary Polak perplexed.

Polak says she has already told them if they want to run the regional transit system, the mayors need to come up with their own plan to generate the municipal portion of the funding.

"The mayors have asked to fill the role of determining what vision is there for future transit for Metro Vancouver. They have also asked to be given the ability to use new funding tools," said Polak.

"We have said yes to both of those things, so in light of that, I'm not sure why they would be asking that question still."

Many of the mayors, including Vancouver Mayor Gregor Robertson, do say they'd like to see road pricing put in place to pay to improvements to the system.

"Other cities are doing it around the world right now. That's the way you appropriately fund transit, using the transportation system itself. So we are hopeful that we can get a new deal for transit. Transit is growing. It is a very successful system. We need to keep investing in it."

Under road pricing, drivers would have to pay a toll to drive from one part of Metro Vancouver to another.

Mayor Dianne Watts supports the idea, but couldn't say how much it would cost. She estimated it could be as low as 25 cents for a short distance.

Polak said if the mayors want road pricing, they — not her — need to come up with a detailed proposal.

"We do acknowledge their need for new funding tools, but it's in this context: if they want the responsibility for running it, then they need to make those decisions."