Michael Dunahee, 4, disappeared from a Victoria, B.C. park 25 years ago today, and his family is still pleading for answers.

4 year old disappeared from a Victoria, B.C. park 25 years ago today, and the case is still open

Twenty-five years ago today, at about 12:30 p.m., Crystal Dunahee pulled up her son's hood against the wind, and let him play in the park at a Victoria, B.C. elementary school.

His disappearance, believed to be an abduction, sparked one of the largest police investigations in Canadian history — a case that remains "active" at the Victoria Police Department today.

His mother has relived that day for a quarter century.

"It still feels like yesterday. Wounds are still there, they haven't healed yet. Who knows if we'll ever heal?" she told CBC News.

'This was a big deal'

Ducker was a junior detective in the Victoria Police Department's sexual abuse unit at the time, called in from a day off.

"They wanted all detectives brought in," he remembers. "I could tell by the faces and the tone of the senior people that they were very concerned ... this was a big deal."

With Michael disappearing so quickly from a public place, police believed he was abducted.

Tips began pouring in, from across B.C. and North America. Each had to be written on carbon paper, and go into an inbox.

"People would literally sort them by hand," said Ducker.

"If you can imagine, all the hundreds of tips that were coming in by the hour and by the day, had to be run down manually."

Ducker remembers 30 days of nonstop work, a roller coaster of emotions even for hardened investigators.

Someone would come running in with what looked like the lead, "then it would quickly evaporate when we put investigators on it."

What if, he wonders today, there had been video surveillance back then — a glimpse of a vehicle — modern DNA techniques — even a computer system to collate tips?

"I think those things back then would have probably cracked the case for us."

Ducker, who retired in 2013, shares the family's hope that they'll get answers one day, and says it's still frustrating to investigators that they haven't come yet.

"It certainly wasn't for lack of trying. Everything the department had was put into that investigation."

The brother that wasn't there

Michael's sister Caitlin, just six months old when he disappeared, wonders what she missed out on, never knowing the older brother she saw snuggling her in family photos. 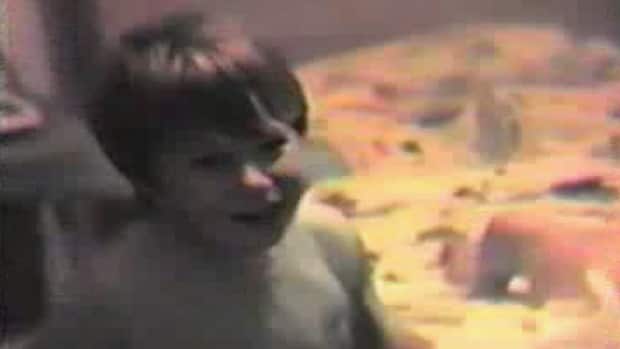 5 years agoVideo
0:26
Video was shot months before his disappearance from Victoria 0:26

"I just always knew I had a brother that wasn't there."

She felt it, starting school, when everyone asked her about her missing brother. "That's when I realized that it wasn't normal," said Caitlin.

Her parents were, understandably, more protective. She had to call home before leaving a friend's house.

"I had an earlier curfew than all my friends," she said.

Hoping for that one tip

Now 25 years old, Caitlin helps organize the annual "Keep the Hope Alive" 5K run in her brother's name, that will be held next week to help raise money for Child Find B.C.

"Just every year waiting, hoping, one day we'll have an answer."

Victoria police continue to investigate, following up on the tips that tend to come in around the anniversary of his disappearance, hoping for the one tip that will solve the case.

The family believes that someone knows something, and Michael's father, Bruce, urges them to come forward.

"It's been 25 years. Enough is enough. Have some closure, help us find our son."

With files from Briar Stewart, Chris Corday and CHEK