Commuters around the Lower Mainland are facing a potentially difficult, messy travel day Tuesday, as a round of wet snow hits the region, reducing visibility and creating slushy road conditions into the evening.

Commuters around the Lower Mainland are facing a potentially difficult, messy travel day Tuesday, as a round of wet snow hits the region, reducing visibility and creating slushy road conditions into the evening.

Meteorologists expect between five and 20 centimetres of wet, heavy snow across the region over the course of the day. Flakes began to fall across Metro Vancouver around 5 a.m. PT, just ahead of the morning rush hour.

The province said it has mobilized crews to clear snow and ice accumulation on bridge cables which mean some lanes will be closed on the Port Mann and Alex Fraser bridges during the afternoon commute.

By mid-afternoon, DriveBC reported closures to the westbound HOV lane on the Port Mann, as well as on the southbound side of the Alex Fraser. 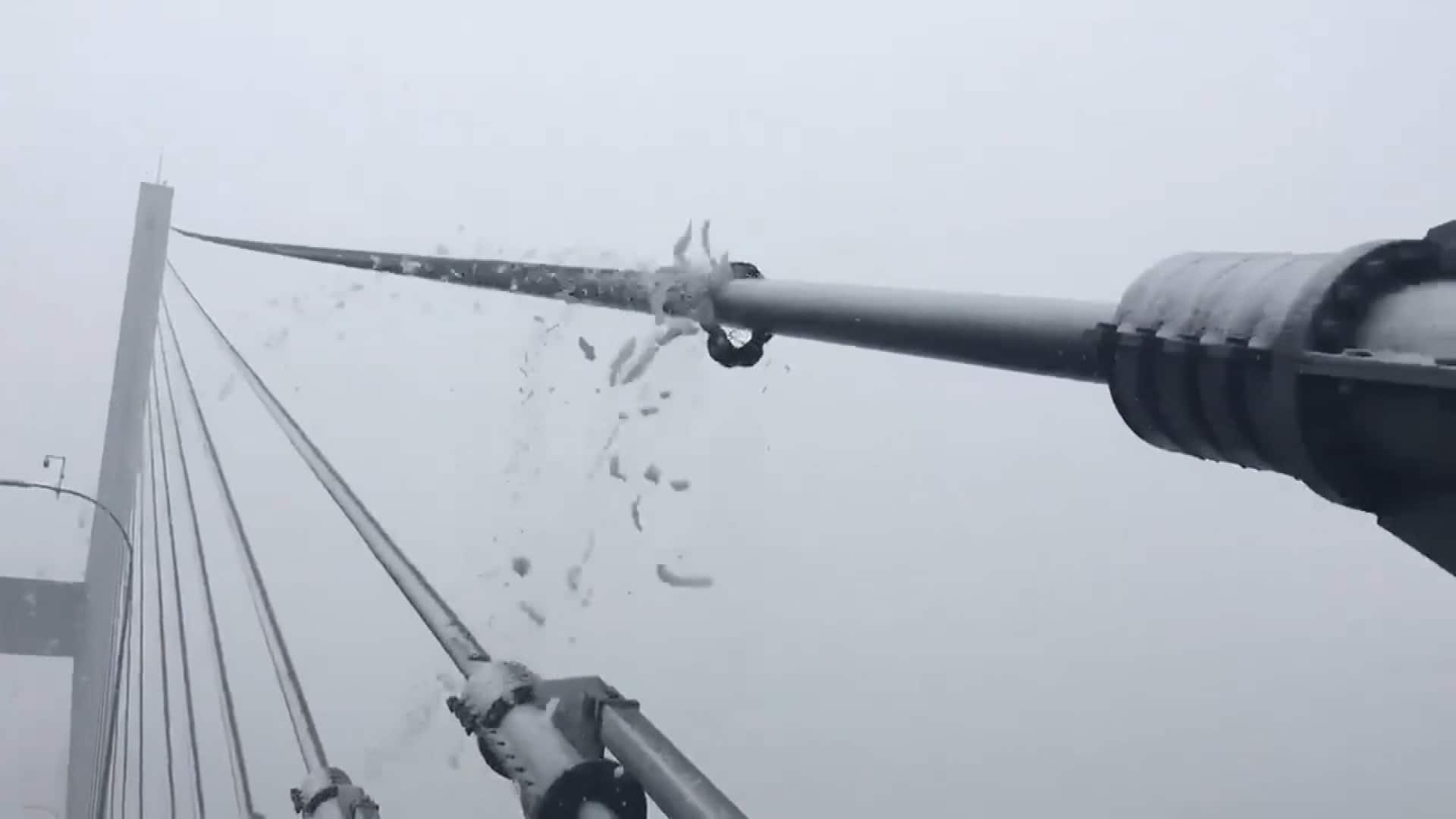 1 year ago
0:23
The B.C. Ministry of Transportation shared video of the Alex Fraser Bridge's cable collar in action Feb. 4, during a stretch of snowy weather. 0:23

Simon Fraser University proactively cancelled classes and exams at its three campuses in Burnaby, Surrey and Vancouver for the day before much snow had a chance to fall, due to concerns about commuting conditions.

By 2:30 p.m., nine centimetres of snow had fallen at Vancouver International Airport, according to Environment Canada, and the airport was reporting numerous flight delays because of low visibility and winter weather. Some passengers were left to sit for more than five hours in planes on the tarmac as they waited in a line of aircraft for de-icing.

The transit authority has been running longer SkyTrains at reduced frequency due to the weather, but delays have otherwise been minimal in comparison to recent difficult snow days in Metro Vancouver.

City crews in Vancouver, Richmond, Burnaby, Surrey and elsewhere brined and salted streets through the night in an effort to prevent any snarls.

"We have all our resources available for this," said Brian Carter, manager of public works operations with the City of Burnaby. "Hopefully it'll warm up a little bit later as forecasted, but we'll continue on with all of our resources and keep the roads open."

Environment Canada said the amount of snowfall will vary greatly by location. Some people will see a dusting, while others could see a considerable amount of buildup.

"It's going to be dependent on how close you are to the water and your elevation," said Environment Canada meteorologist Alyssa Charbonneau.

Travellers are being asked to leave more time to get around, and to dress warmly. Drivers are reminded to slow down and drive for the conditions.

There is potential for localized flooding as snow melts on top of water leftover from a rainy January.

The City of Vancouver opened warming centres overnight Monday because of the cold, and they remained open on Tuesday. So far this winter, the warming centres have seen more than 4,500 visits.

Temperatures are expected to warm up again by Wednesday afternoon. The snow will likely turn into rain.

With files from Yvette Brend and CBC's The Early Edition