New provincial laws aimed at helping thwart rampant metal theft across B.C. aren't helping much in the city of Surrey, where metal theft has doubled in the last two years. 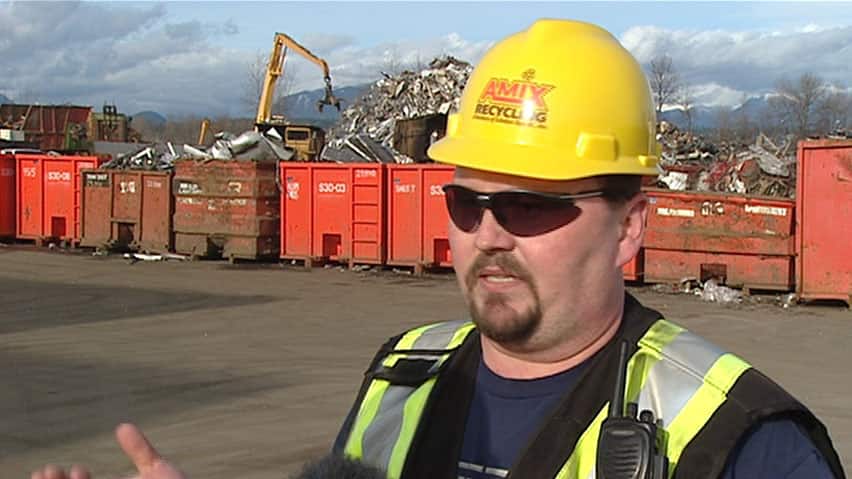 9 years agoVideo
2:37
Despite new laws, theft of metal wires and equipment is at an all-time high across B.C. 2:37

Metal theft has become epidemic in Surrey, B.C., despite new provincial laws intended to help put a stop to the growing problem.

The city spent nearly $3 million replacing stolen copper wire in 2011, more than twice the amount it had to spend the year before.

The price of copper has topped $3 per pound. It’s found in telephone cables, street lights, hydro poles and in homes.

Scrap metal dealers say it might not be gold, but it’s easier to steal.

"Its not traceable. It is hard to identify one piece of copper to the next," said Dean Anderson, of Amix Recycling in Surrey.

The local government is becoming exasperated with the extent of the problem.

"It is an unfair burden for taxpayers, businesses and government," said Surrey city councillor Barinder Rasode.

Roop is building his dream home in the Panorama Ridge neighbourhood, which now is decked out with security cameras – which he installed after someone stole $6,000-worth of copper wire whle his home was being built.

"It was pointless to call the police, they said to simply call the insurance company and they said even if they catch him he will stay one night in jail and they will have to let him go the next day. It is so pointless for us," Roop told CBC News.

Roop said more should be done to protect him and his home. Instead he said he'll most likely be forced to pay more taxes to help cover all the city's repairs.

The law — the first of its kind in Canada — requires those who deal with high value metals like copper to record details of every transaction and then provide them to police on a daily basis.

But the police are focusing on the thieves, not the dealers, said RCMP Cpl. Drew Grainger.

"The totality and the affect it has on people, such as losing essential services, like 911 services, you lose your hydro in your home. In my mind, we do need tougher penalties," said Grainger.

This spike in thefts is not limited to Surrey.

Last year, Telus spent more than $18 million replacing cables across the province, while BC Hydro spent nearly $4 million in repairs.