A B.C.-based group is "cracking open" the discussion on menopause and demanding better health services for older women after a recent report indicates they're not getting the health care they need and that doctors "diminish" their concerns.

A B.C.-based group is "cracking open" the discussion on menopause and demanding better health services for midlife women.

Menopause Chicks has offered a place online for women to ask questions and discuss their health for more than a decade, amid a perceived shortfall in care by providers.

A recent report indicates women in B.C. feel they're not getting the health care they need and doctors "diminish" their concerns, including the symptoms of menopause.

"The one thing I really want women to know is that they deserve quality of life," says Shirley Weir, founder of Menopause Chicks, which also organizes Q&A sessions with experts.

"It's not something to sweep under the carpet, to pretend it doesn't exist, to put off getting informed, because the best way we can empower women is to give them quality education and information."

The B.C. Women's Health Foundation report found one in three of the women surveyed said their needs were not being met or treated effectively by the health-care system.

Nearly 60 per cent of those between 45 and 54 felt a physician had diminished or overlooked their symptoms, including those associated with menopause.

"The two top reasons women miss work in this country is menopause and menstruation. I can't avoid either of those because they're life stages, they're not health conditions — and so we want the health-care system to actually invest in better understanding those," says Genesa Greening, president and CEO of the B.C. Women's Health Foundation.

'Maybe this is all in my head'

She visited her doctor when she started experiencing anxiety, depression, sleep deprivation and brain fog, not realizing they are some of the symptoms of perimenopause, the sometimes years-long period when the body starts transitioning into menopause.

"She looked at my chart and she said: 'You're 41, you're too young for menopause. But if you want to go on the birth control pill or take sleeping pills, or I can prescribe an anti-depressant,'" Weir recalls.

WATCH: Shirley Weir recalls finding out she had menopause 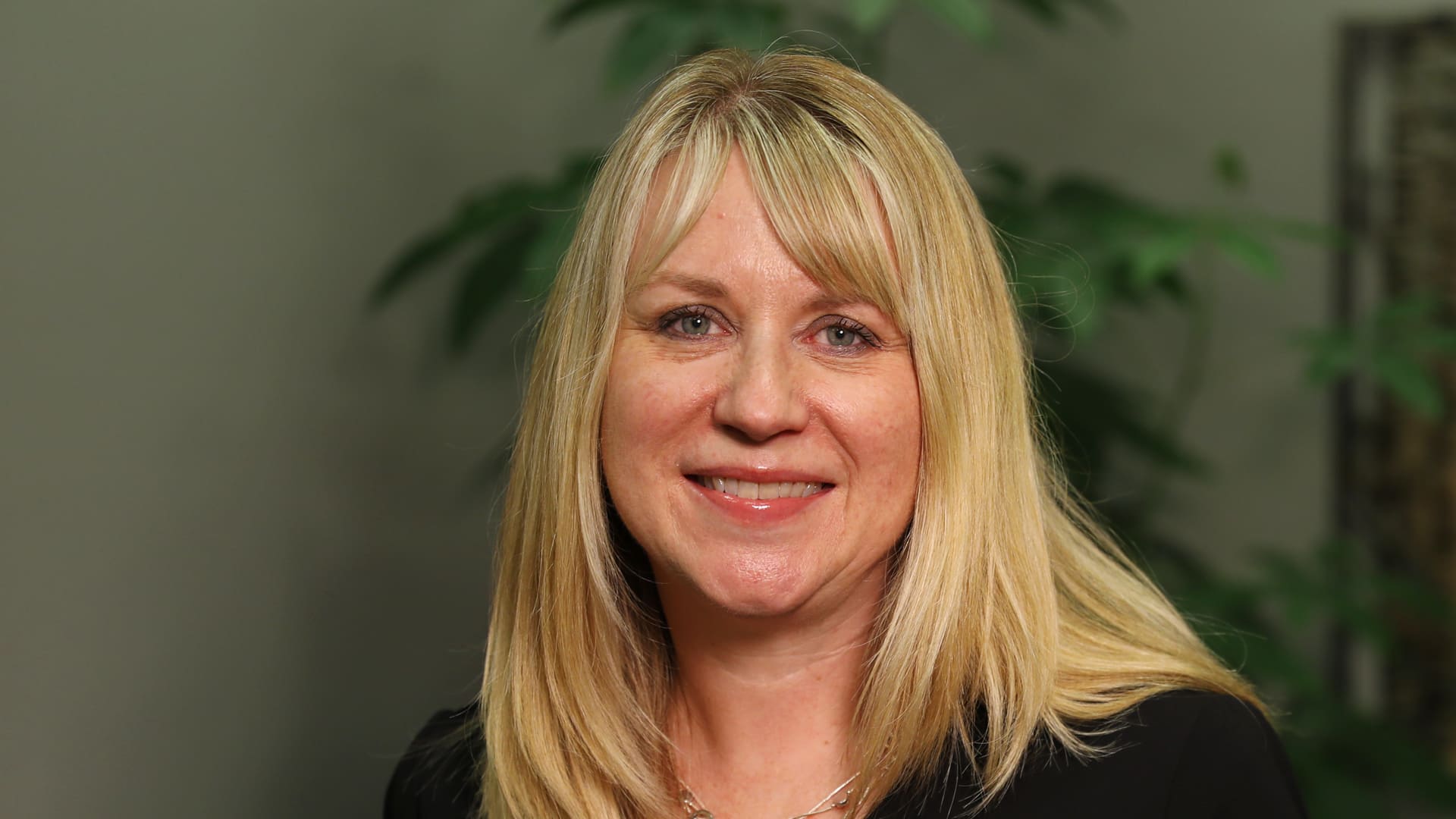 1 year agoVideo
1:38
Menopause may be the most common health concern that few people talk about, something Shirley Weir discovered when she started experiencing symptoms. 1:38

"I was blown away because I thought, 'No, that's not me, that's not who I am.' I felt really alone and I felt, this must be something I need to suck up. Maybe this is all in my head."

Most of the activity takes place online. Women ask questions and share solutions on everything from hormone replacement therapy and weight management to lack of sexual desire.

Members have also been asking to meet in person so they can share experiences and ask questions of professionals — which is why a dozen women gathered in a Vancouver pharmacy on a recent rainy October evening.

Sitting in the audience, Kim Bergen raises her hand to ask which hormone — estrogen or progesterone — is responsible for which menopausal symptoms.

One of the panelists, Leila Sahabi, a naturopath based in Richmond, B.C., gives an answer.

"Progesterone is a hormone that has a calming effect. When deficient, it causes anxiety, restlessness, it prevents the body from staying asleep so you're more likely to wake up in the night. It also results in hot flashes and night sweats. And progesterone has an anti-inflammatory effect."

"Being able to put it out into this group of women and have them say: 'Oh yeah, that's happened to me,' or, 'This is probably why this is happening to you and these are things to be aware of, that you might want to check into.'"

There are currently five million Canadian women over 51, the average age of menopause — and that number is on the rise.

Their well-being has implications for the health-care system, said Dr. Wendy Wolfman, director of the Menopause Clinic and the Premature Ovarian Failure Clinic at Mount Sinai Hospital in Toronto.

"Aging women are the backbone of Canadian society. We look after everybody, our children, our partners, we're actively reaching the peaks of our careers just as menopause strikes. ... I think we have to recognize this."

Wolfman points to closures of specialized services such as the Mature Women's Centre in Winnipeg in 2017.

"It's almost as if, when women are aging, they don't matter," she said.

"It's time that we as mature women spoke up and demanded that this is an important area of health care. Women live until their mid-80s. We want to make sure we have quality of life as well as quantity of life."

Wolfman teaches family physicians at the University of Toronto about the physiological reasons behind the symptoms of menopause.

However, she said, physicians cannot often have long conversations with their patients because appointments are generally booked to deal with one specific health problem.

Wolfman said the health-care system should understand these discussions take more than five to seven minutes, and remunerate physicians accordingly.

WATCH: Shirley Weir explains why it's important to change the perception around menopause 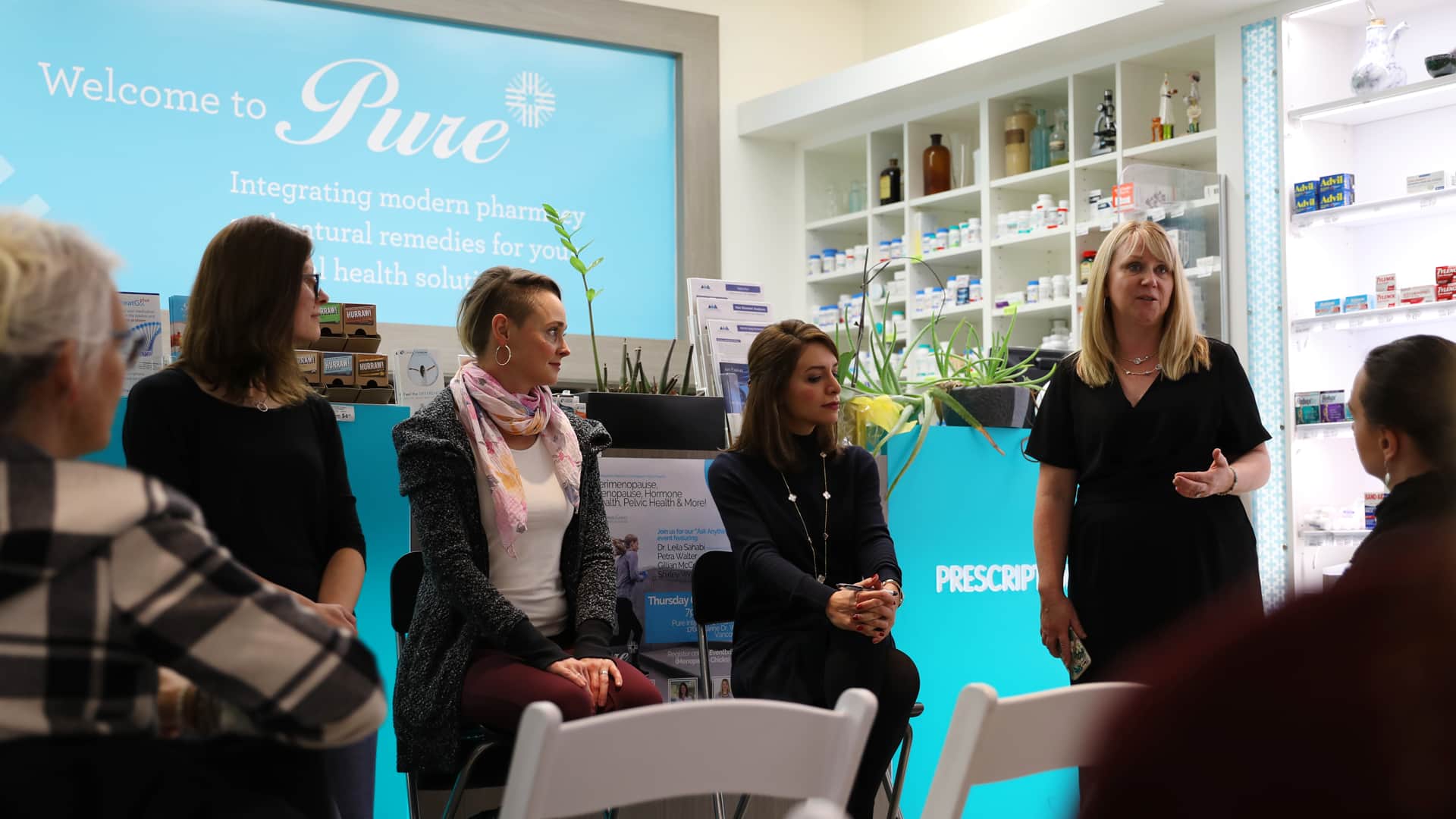 Founder of menopause support group wants to change its perception

1 year agoVideo
0:56
Shirley Weir says society needs to change the way we think and talk about menopause, celebrating it as a phase of life just like puberty, instead of focusing on misconceptions and myths. 0:56

Women should 'make themselves a priority'

Back at the Menopause Chicks meeting, attendees are on the edge of their seats. Literally.

Kim Vopni, known as the Vagina Coach, is leading them through a pelvic floor exercise, helping them visualize it by demonstrating with her vulva puppet.

Women can experience a weakened pelvic floor after they have a baby or as they grow older, but while they're often told to "do their kegels," Vopni said they're often not taught how.

"Kegels are like a bicep curl. There's a contraction, there's a lift and there's a letting go. The same thing should be happening on our pelvic floor," she said, adding the benefits include better bowel and bladder control.

It's a small but important lesson, and another step toward boosting health among women in middle age. Something Weir said benefits everyone.

"Women forget. This is a tap on the shoulder and a reminder to make themselves a priority and put their own name at the top of the to-do list."