Medical marijuana users in B.C. are worried there will soon be a shortage of legal weed. 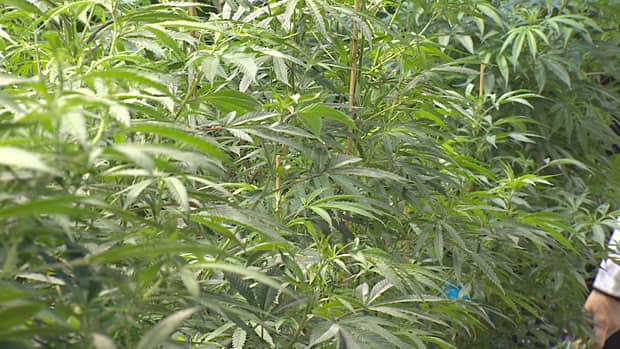 7 years ago
2:46
Applicants frustrated it's taking so long to get producer licenses. 2:46

Medical marijuana users in B.C. are worried there soon could be a shortage of legal weed.

In just 62 days, all medical marijuana must be purchased from a federally approved supplier, but so far only five producers are licensed to grow and sell cannabis — the nearest one to B.C. is in Saskatchwan.

Medical marijuana supplier Jean Chiasson of MediJean says his lab is currently only licensed to research which strains of cannabis treat pain, seizures and a host of other ailments.

"We're looking for not the holy grail, but many holy grails," said Chiasson.

The problem is they still don't have a permit and Chiasson points out, it takes time to grow the plant that needs to be bottled and shipped to patients.

Under their licence, MediJean has applied to keep 15,000 kilograms of finished medical marijuana in their vaults.

Depending on demand, the company estimates they will be able to produce up to 90,000 kilograms in their first year of production, and up to 540,000 kilograms a year by their third year.

That would make them a significant supplier of medical marijuana in Canada, since last year Canada's 38,000 pot patients were approved to consume 190,000 kilograms of cannabis.

On April 1, however,  the dispensaries and patients who now grow their own marijuana are expected to chop down their plants and start buying online for as much as seven times the price.

Health Canada says medical marijuana will be a billion dollar business within a decade. It's no wonder there are 400 applications to grow it — 100 of them from B.C. However, most do not have the financial backing to meet the strict criteria for approval.

Rodney Potapoff has spent his life's savings on his application. He leased a barn hidden in the Kootenays, and is ready to start growing, but he says Health Canada rules favour deep-pocketed corporations.

"We're not just big money grab corporations because we know, the wife and I, we are not going to be rich, maybe 'cause we've laid all this money. But we jumped through their hoops. We've jumped them. Come on. They need to get on board."

"These corporations are going on a whim to produce millions of pounds of marijuana hoping these people are going to buy. If these people don't get what they want, it's going to be more underground."

Marijuana not endorsed by Health Canada

Health minister Rona Ambrose is not a big supporter of pot.

"It has never been endorsed by Health Canada for medical use," says Ambrose. "The medical marijuana program was created years ago because of a court order."

Ambrose says communities will be safer without grow ops and the crime that comes with them. She's confident there will be enough to go around come April.

"My understanding is there will be sufficient supply, but again it will be done in a way that is regulated and inspected by Health Canada officials."

Still, with only 62 days to go, that inspection hasn't even been scheduled for MediJean, and many others hoping to get a piece of the new marijuana business.

If you are a medical marijuana patient, we want to hear from you. Are you worried about where to get your marijuana when the new rules kick in April 1? Let us know by commenting below.

With files from CBC's Natalie Clancy