Vancouver Coastal Health has confirmed another case of measles in the Lower Mainland, marking the 27th case in B.C. this year.

Vancouver Coastal Health (VCH) has confirmed another case of measles in the Lower Mainland, marking the 27th case in B.C. this year.

In a written statement posted on Tuesday evening, VCH and the Fraser Health Authority said the infection was acquired abroad.

The person infected lives in the Fraser Health region and visited several locations while infected.

They are advising people who were at the following locations — at the times specified — that they may have been exposed.

People who were at these locations during those times are recommended to review their immunization history and watch for signs and symptoms of measles, the health authority said.

If you develop symptoms of measles before May 5, please call your doctor's office first and tell them that you think you may have measles to allow them to take precautions to protect other patients when you visit. People with symptoms should also report their illness to VCH Public Health (604-675-3900).

Symptoms of measles include fever, runny nose, sore throat, cough, diarrhea and red eyes, followed a few days later by a rash that starts on the face and spreads to the chest.

Anyone born after 1970 who has never had the measles infection or who did not have two doses of vaccine are at highest risk of measles, and Island Health advises them to get fully immunized immediately. 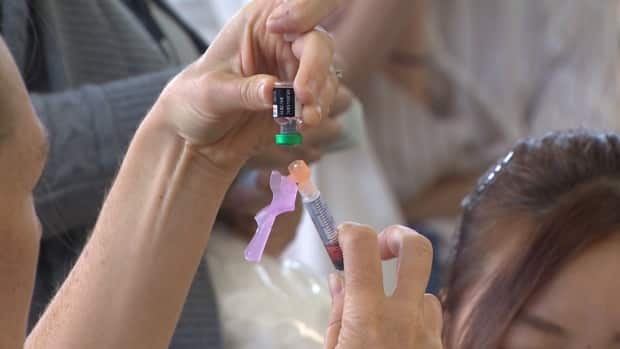 Debunked: 5 myths about the MMR vaccine