Baby comes home as B.C. mother remains in ICU due to COVID-19 complications

Dave McIntosh was able to take his newborn son home from the hospital in Abbotsford, B.C., Wednesday, but his wife, Gillian, remained in ICU, fighting for her life because of complications from COVID-19. 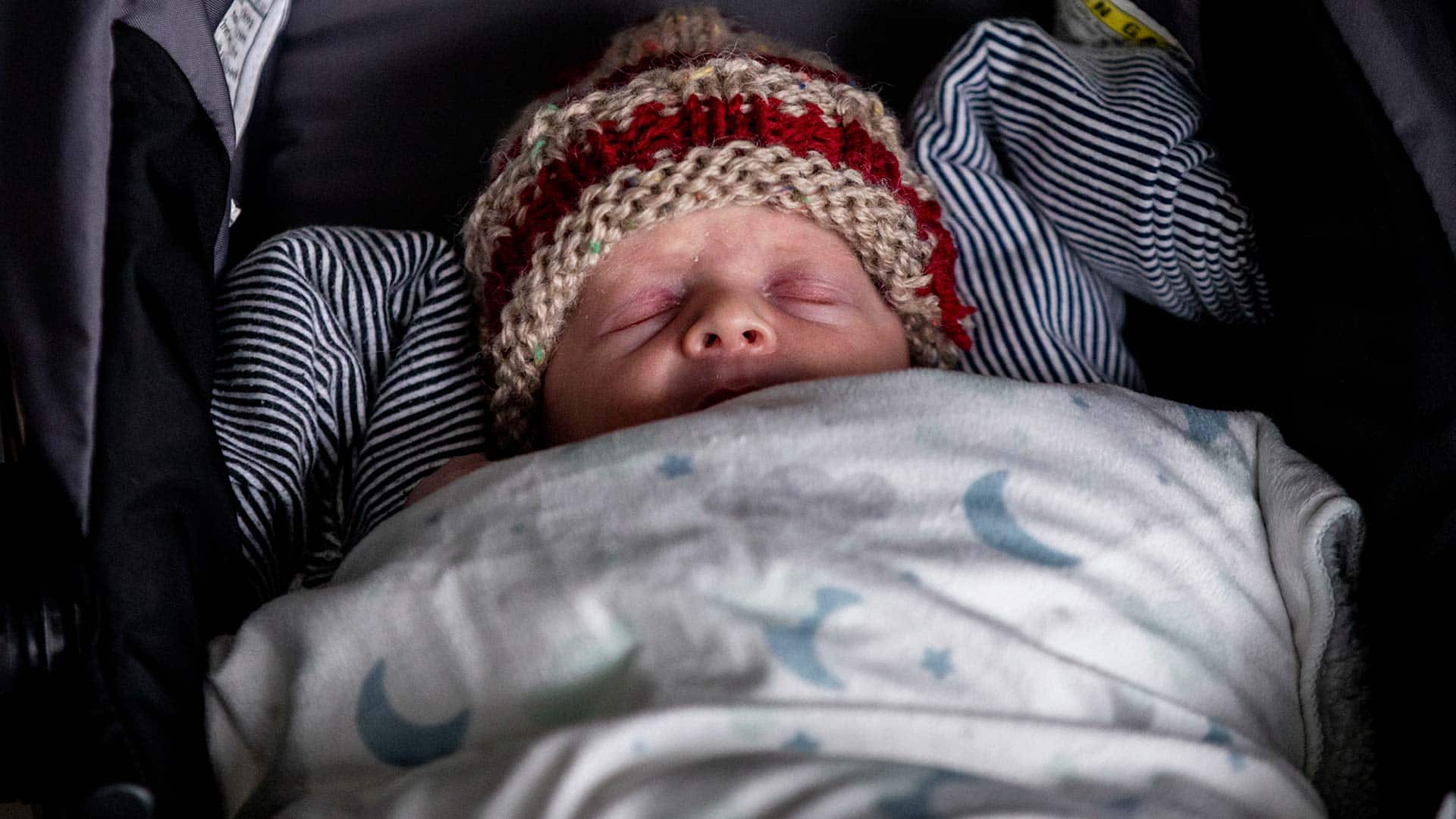 2 months agoVideo
2:39
A newborn goes home from the hospital while his mother fights for her life in a coma after getting COVID-19 somewhere in the community. Gillian McIntosh lives in British Columbia’s Fraser Valley, which has become the province’s COVID-19 hotspot. 2:39

Dave McIntosh was able to take his newborn son home from the hospital in Abbotsford, B.C., Wednesday, but his wife, Gillian, the mother of their baby, remained in ICU, fighting for her life due to complications from COVID-19.

Gillian McIntosh, 37, started to feel sick in early November. She chalked up her symptoms to pregnancy-related pressure and pain late in her third trimester, but then started feeling worse and was unable to eat.

"That's when they found out she had pneumonia and tested positive for COVID," McIntosh said.

"They said she would be in there hopefully a couple of days ... and then, all of a sudden, everything just went haywire."

The baby was born via emergency C-section two weeks ago, but Gillian has remained in an induced coma and on a ventilator in the hospital's ICU. Her condition has not improved.

The baby has been in the neonatal intensive care unit but was released Wednesday.

McIntosh called the day "bittersweet," saying he was overjoyed that his son was coming home but devastated that his wife was still in hospital.

"He's a perfect, cute little guy, and he's got a lot of people who are just so excited to meet him," he said.

Their three-year-old daughter is eager to boss around her new baby brother as soon as she can, said McIntosh.

His wife remains in critical condition and has had significant damage to the majority of her lung tissue due to the virus, he said.

"We don't know if she'll end up needing permanent care for the rest of her life. We just have no idea right now."

Gillian's diagnosis has not been traced back to an exposure event, and her husband said the family is unsure how she contracted the virus. On Wednesday, B.C. recorded another 13 deaths from COVID-19 and 738 new cases of the disease. There are 294 patients in hospital, 61 of whom are in critical care.

The majority of new cases in recent weeks have been in B.C.'s Fraser Health Authority, the region where the McIntoshes live.

McIntosh expressed thanks to the medical staff at Abbotsford Regional Hospital, both in the NICU and ICU as well as the larger community for their kind thoughts, prayers, messages and donations. He also urged the broader community to take the virus as seriously as possible.

Currently, he can only see his wife through Zoom calls because she still has COVID-19.

"We talk to her, and [hospital staff] provided a digital photoframe and some sound clips we play for her as well," he said.

It's not clear whether she is aware of the communication, but McIntosh says he hopes she hears him.

"We just keep telling her all we can about her son, about how much we miss her and hope she gets better."

Roshini Nair is a writer for CBC News in Vancouver, covering news from across British Columbia. You can reach her at roshini.nair@cbc.ca.