The deep valleys scarred into the surface of Mars under thick sheets of ice show that the planet once mirrored the Canadian High Arctic, says a new study.

'We're talking about a planet that's painted like a brother of Earth,' study author says

The deep valleys scarred into the surface of Mars under thick sheets of ice show that the planet once mirrored the Canadian High Arctic, says a new study.

Published Monday in the journal Nature Geoscience, the study says many of the valley networks carved into the surface of Mars were formed by water melting beneath glacial ice. It means there were fewer free-flowing rivers than previously thought.

Study author Anna Grau Galofre, a former University of British Columbia PhD student in the department of Earth, ocean and atmospheric sciences, said about 3.5 billion years ago the Martian surface looked like the surface of Canada 20,000 years ago.

"We're talking about a planet that's painted like a brother of Earth," she said.

Grau Galofre and her team compared surface data of Mars with that of Devon Island in the Canadian Arctic.

The study describes Devon Island as a cold, dry, polar desert, where the glaciers and their retreat imitate what took place on Mars billions of years ago.

"If you were to just lift the ice sheet and see below, you would see a landscape. And this landscape is constituted of several different channels, expanded pathways like the plumbing of the ice."

What this tells scientists is that while there may have been a warm and wet Mars on which there was rainfall, it's far more likely that the planet's surface resembled that of the Canadian Arctic, she said.

"It is like a time evolution of the climate that we're looking at here. There were the warm and wet periods that talked about the oceans. And there were the cold and icy periods," she said.

This could mean that the climate on Mars either changed slowly through time from a cooler to a warmer period, or the other way around, she said.

The new findings brings up an "interesting discussion point" about life on Mars, Grau Galofre said.

"That's actually not a bad thing in terms of an environment to sustain life," she said.

Lake Vostok in Antarctica is covered by a thick sheet of ice but has plenty of life, such as bacteria, she said, "and they have been there for a long time, up to a million years, pretty much isolated by the ice sheet."

The ice guarantees the creatures get water and also provides a stable environment, especially on a planet like Mars, which can have searing days and freezing nights, said Grau Galofre.

The study could be expanded to include the Jezero Crater, where NASA's Perseverance rover is scheduled to land, because it may have once harboured life, she said. 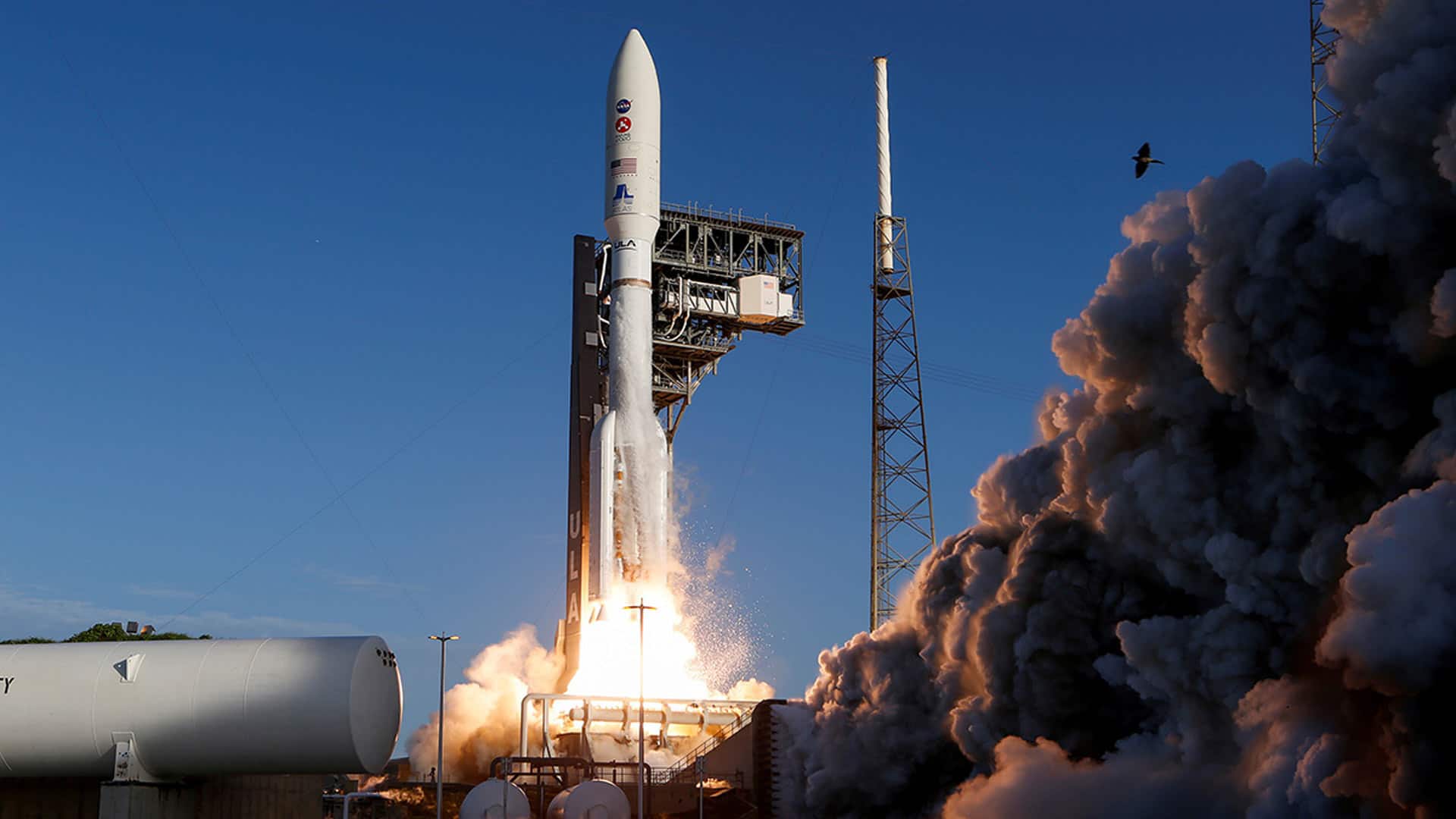 3 months ago
1:53
NASA launched its next-generation Mars rover, Perseverance, which will endeavour to collect samples of Martian soil and rocks during a months-long mission. They will be the first material brought back to earth from another planet and could provide evidence about the possibility of life on Mars. 1:53

Mars is the first and obvious place to start looking for life because it still has northern and southern ice caps, as well as a small fraction of water in the atmosphere, Grau Galofre said.

Evidence of water shows there is life or there was a time when life existed, she added.

"That's a big step in terms of trying to answer this question — where are we coming from and are we alone in the universe," Grau Galofre said.

"I think by finding life somewhere else in the universe we can also answer a lot about what is life and what are we doing here."