The harvest of 60,000 cannabis plants is underway in Rock Creek, B.C., in what is expected to be one of the largest legal outdoor marijuana crops in North America.

Outdoor harvest is expected to yield 70,000 kilograms of marijuana for recreational cannabis market

The harvest of 60,000 cannabis plants is underway in Rock Creek, B.C., in what is expected to be one of the largest legal outdoor marijuana crops in North America.

The 24 hectares of marijuana at the SpeakEasy Cannabis Company's farm are kept secure behind a large chain-link fence equipped with surveillance and motion sensor cameras and barbed wire overhang.

Over the next few weeks, workers will harvest an expected 70,000 kilograms of marijuana.

"As far as we know, as best we can tell, this will be the largest harvest in Canadian history," said farmer Marc Geen, founder of SpeakEasy.

He says based on reported harvests, this is the largest in Canada to date and likely North America because the U.S. doesn't have the licensing programs that allow unlimited plant canopy.

Geen comes from a family of farmers that has been growing horticultural crops for five generations in the Okanagan.

In 1995,  his family purchased agricultural land in Rock Creek where Geen first grew commercial ginseng and then cherries. 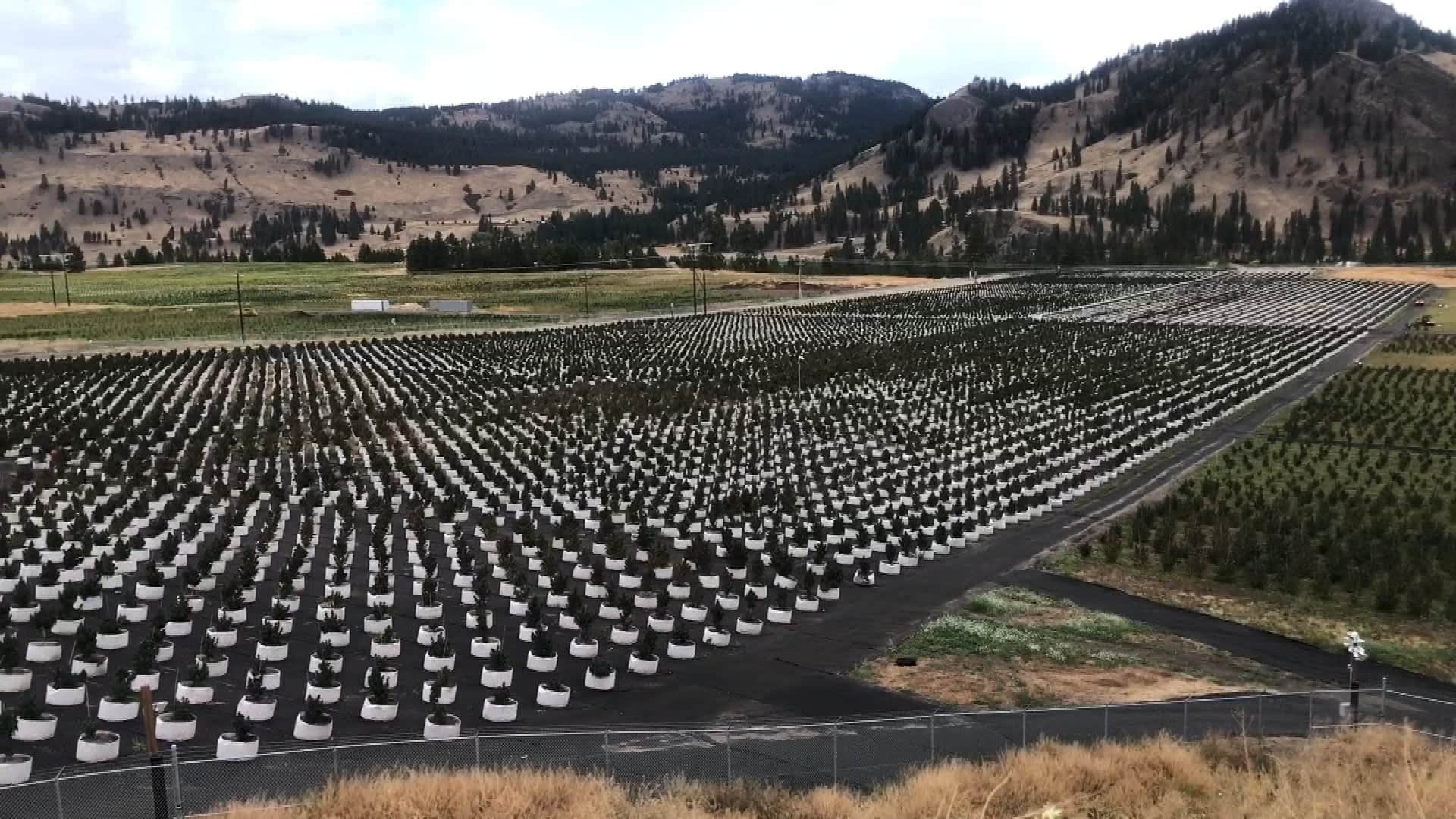 28 days ago
0:50
The 24 hectares of marijuana at the SpeakEasy Cannabis Company's farm are kept secure behind a large chain-link fence. 0:50

Seven years ago, Geen applied to Health Canada for a licence to grow marijuana, as Canada looked to open up restrictions on growing medical and then recreational cannabis.

This autumn, the farm is bringing in its first outdoor crop of marijuana, after Geen obtained approval from the agency to grow outdoors this spring.

'It really comes down to the climate'

While most major cannabis companies in North America grow the crop in greenhouses under growing lamps, the majority of the marijuana produced on the SpeakEasy farm is grown outdoors at a fraction of the cost of greenhouse cannabis.

"It really comes down to the climate," Geen says speaking about the growing conditions on the Rock Creek farm.

"The temperatures are perfect. They are not 40 degrees plus. They are 32 degrees to 35 degrees through the summer [and] very, very dry."

The company employs about 80 people, including a crew of a few dozen workers which is busily harvesting the crop over the next few weeks.

Field work involves manually cutting down the plants and pruning off the main branches, which are now loaded with pungent, sticky flowers. The cannabis is then taken to a laboratory building on the farm for processing.

SpeakEasy is the largest employer in the region and the company has plans to further expand its cannabis farm, according to Geen.

"I think it's really good for the community," said field worker Isis Morrison who was employed in the local service industry until she was laid off this spring when the COVID-19 pandemic hit.

"I, personally, because of COVID, wouldn't have a job without this wonderful place."

There are indoor growing rooms in the laboratory building, along with a drying room where cannabis branches are hung to cure over one to two weeks, depending on the variety.

Much of the marijuana grown on the farm will be sold as dried flowers for smoking and the rest will be processed into oil which is used in cannabis products like tinctures or vaping concentrates, according to Geen.

As with any agricultural operation, there's a real satisfaction in seeing the fruits of your labour, he said.

"Getting this to where it is now with everything that it took to get here, personally, it's an emotional thing," he said. "It has taken so much effort and so much time. It is amazing to see it here."