The case signals the first coronavirus death in the province outside of a care home or hospital.

B.C. announced Monday its first COVID-19 death outside of a care home or hospital, as the total number of cases rose to 970.

The B.C. Coroners Service said the man died in his residence, signalling the first at-home death in the province. The man won't be identified due to privacy, said provincial health officer Dr. Bonnie Henry.

Henry announced 86 confirmed new COVID-19 cases. Officials did not release numbers Sunday, so the new figures account for two days of testing: 16 cases on Sunday and 70 cases on Monday.

Thirteen long-term care homes in B.C. have had a staff member or resident infected. All are in the Vancouver Coastal Health and Fraser Health regions, Henry said.

Henry said that 48 per cent of cases — 469 people — have now recovered in the province, including more than 70 people who were in intensive care.

A total of 106 people remain in hospital and 60 people are in intensive care, most of them over the age of 65, Henry said. People under the age of 19 accounted for less than five per cent of cases, she said. 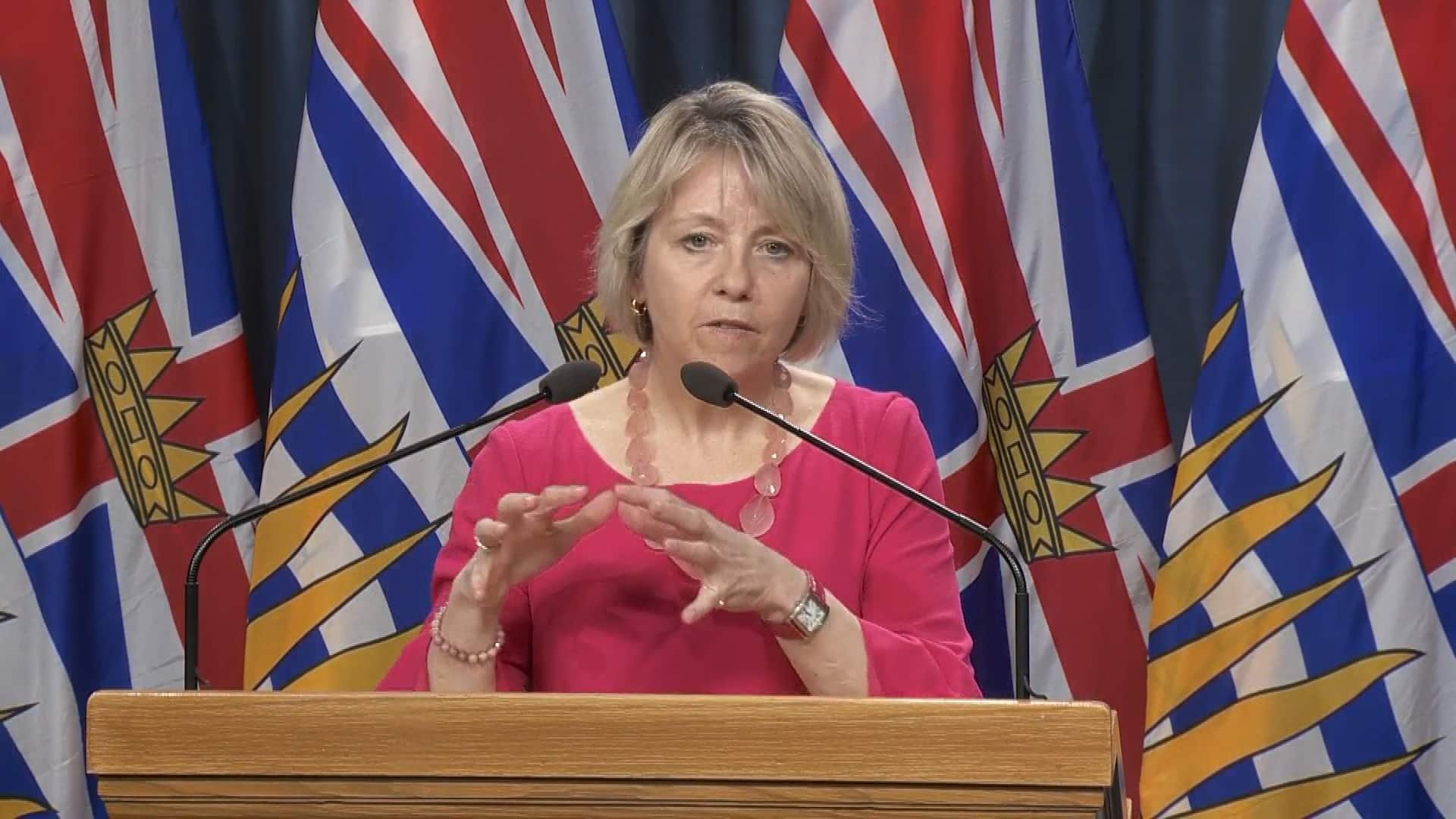 Health-care workers make up the 'blip' of younger people with COVID-19 in B.C.

The update comes several days after Henry said she saw "glimmers of hope" in modelling that showed physical distancing measures have slowed the rate of spread COVID-19 in B.C., perhaps by as much as half.

But she stressed that the measures, including staying at home and keeping a distance of two metres from others, will need to be enforced longer and that the next two weeks are critical.

"We are not through the storm yet. We have not yet reached our peak," Henry said Monday. "Every person needs to do their bit."

B.C. has suspended paid parking for staff and patients in all health authorities starting April 1.

The are 4,233 vacant acute care beds across all hospitals, Dix said, for an occupancy rate of about 61 per cent. Patients who may have occupied those beds are now being moved to other sites such as long-term care homes, or being discharged home as soon as possible.

Vancouver Coastal Health and Fraser Health authorities are preparing off-site treatment centres with extra beds for patients who are recovering from less serious illnesses or injuries.

About 200 beds at the Vancouver Convention Centre have been set up, but no patients have been moved there yet, Dix said.

'You can't just abandon a large mine'

Henry also responded to criticism that the province isn't testing enough people for COVID-19, including an emergency room doctor at the Royal Columbian Hospital who said he was scared of turning away patients with symptoms.

"Making sure we're doing everything we can in those settings is incredibly important."

The province is currently testing up to 3,500 people per day. Officials are still tracing the contacts of infected people, but people with mild symptoms may be asked to stay home and not get tested.

Concerns have also mounted over work camps in B.C.'s northern communities, with calls to shut them down. 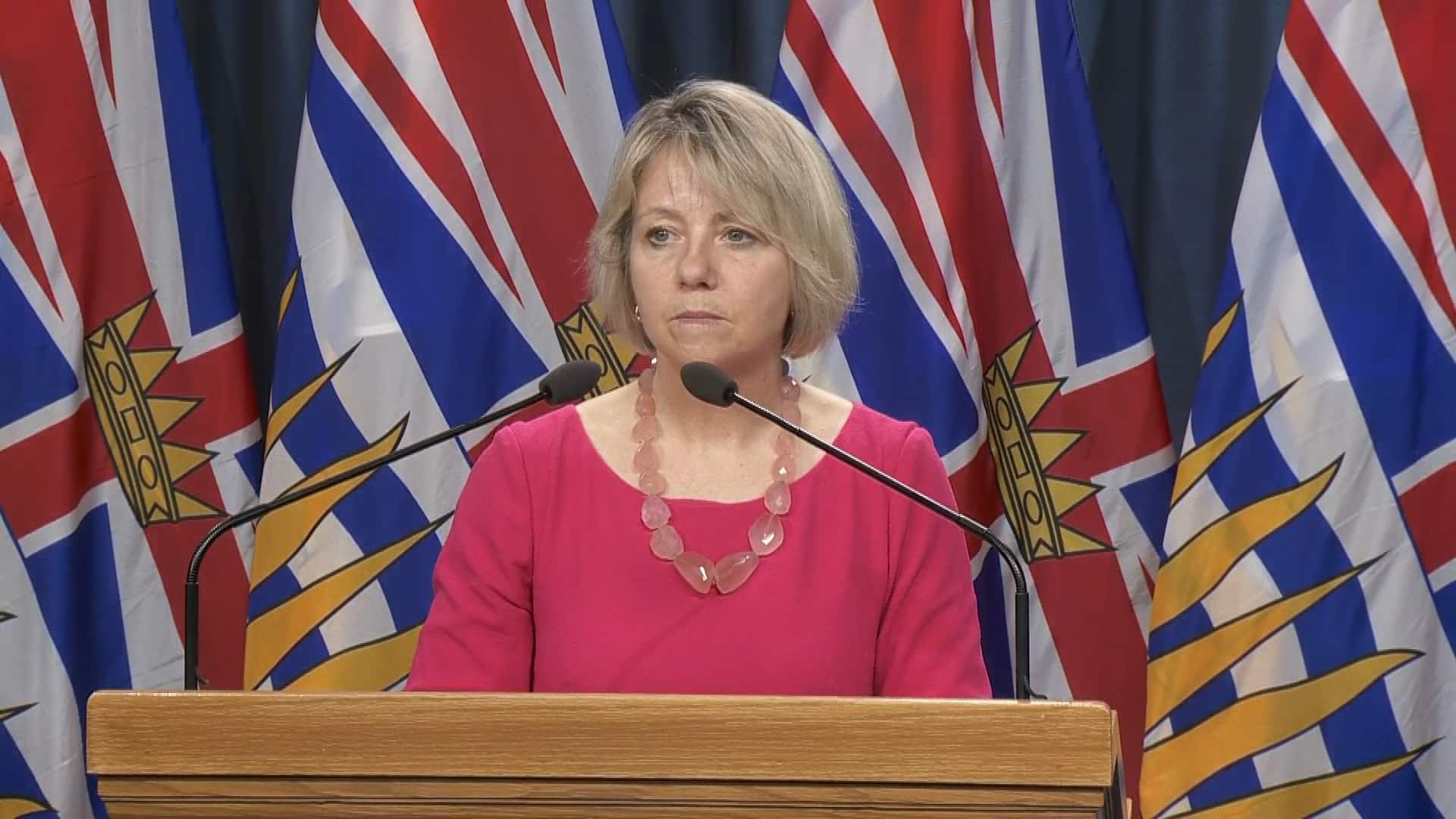 Why B.C. says it's not immediately shutting down industrial camps during COVID-19

11 months ago
1:02
"You can't just abandon a large mine or industrial site," says Dr. Bonnie Henry, adding there are environmental and safety risks. 1:02

Henry said she's working with Northern Health officials, and that many of the work camps have reduced staff.

"It's important to recognize you can't just abandon a large mine or industrial site," she said. "It's not safe for the community or for the environment."