The son of the late local magician Leon Mandrake said he is sad his old family house — including its secret rooms and passages — has been destroyed by fire.

'It was a very magical house,' says son of magician who performed across North America in 1940s

The son of the famous late local magician Leon Mandrake says he was saddened to learn his old family house — including its secret rooms and passages — had been destroyed by fire.

The home, located on the corner of Grosvenor Road and Kindersley Drive in Surrey, B.C., went up in flames early Sunday morning.

"It was a very magical house — and a very happy home for a very long time," said Lon Mandrake, whose father Leon was a renowned magician and illusionist who lived in the house until his death in 1993.

Mandrake grew up in New Westminster

Leon Mandrake, who was born Leon Giglio in Washington, grew up in New Westminster in the 1920s and started his magic career at the age of 11. 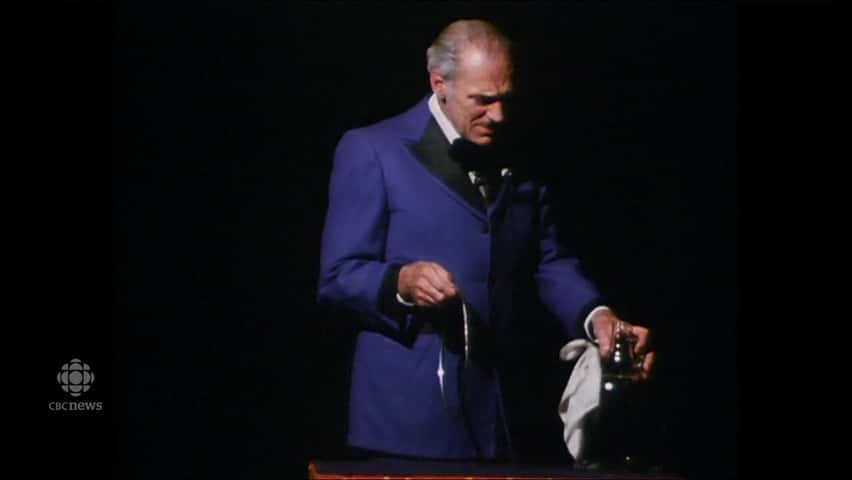 5 years ago
3:20
From the archives: A CBC documentary about late B.C. magician Leon Mandrake 3:20

He toured North America at the end of the vaudeville era and into the 1940s, and after years on the road he settled in Surrey at the home on Grosvenor road with 'Velvet', his wife and magician's assistant.

Leon had a long list of illusions, including cutting people in half, making rabbits and pigeons vanish, and escaping from being tied up.

Leon said he spent three years inventing a trick called the 'Katy King', according to the biography Mandrake: Incomparable, written by Sheldon O'Connell and Lon Mandrake.

In this trick he told the audience that the spirit of a woman named Katy King had inhabited the handkerchief, and then he made the handkerchief jump around on his command.

He displayed this trick in a CBC documentary that he was the focus of when he was in his 70s.

Lon, who was born while his parents were touring the continent, said his father brought magic into the home in Surrey, which he said was originally built as a corner store in the 1930s.

"He had the front office that was a store as a huge magic room, and then of course there were a couple little secret passages upstairs and a secret room," Lon said.

"He used to invite the neighbourhood kids in and do shows for them."

Lon, who is a magician himself, told CBC News that he drove past the house in the afternoon to see the damage.

"It is pretty well gutted. It looked like it was a huge fire," he said. "It's a large part of our history gone."

Surrey city council considered giving heritage status to the old home — an idea first brought before council in 2008, according to city documents.

The home was still being considered for heritage status as recently as May 2015, though Lon said he had no idea how far they were in the process.

The cause of the fire is still unknown.

With files from Bal Brach