A man kicked in the head during an arrest in Kelowna is suing the officer involved, the RCMP and two levels of government for the alleged assault. 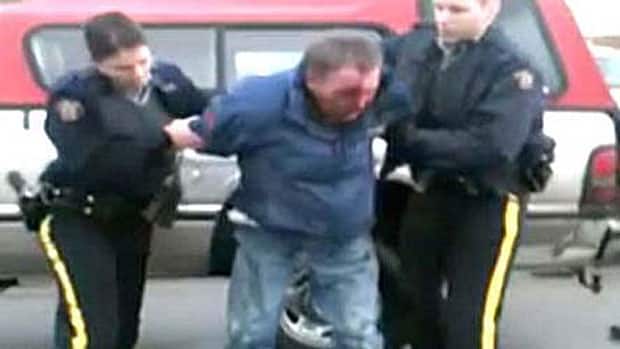 A man kicked in the head during an arrest in Kelowna is suing the officers involved and two levels of government for the alleged assault.

Buddy Tavares was allegedly kicked by Constable Geoff Mantler in January. The incident was captured on video by a Kelowna journalist and posted online, sparking wide-spread outrage.

In the video Tavares gets out of his truck and as he kneels down to put his hands on the ground the video appears to show a police officer kick Tavares in the head.

The RCMP officer at the centre of the allegations, Geoff Mantler has been charged with assaulting two men  during two separate arrests over the past year — Tavares and a second man, Manjit Singh Bhatti, in September.

Mantler has been suspended without pay and is expected to plead not guilty to both charges at the Kelowna Courthouse on Tuesday.

Court documents show Tavares is suing Mantler and his unnamed female RCMP patrol partner for loss of income, and special punitive and aggravated damages. The lawsuit claims Tavares was wrongfully arrested and that Mantler used unnecessary force and his partner did nothing to stop him.

Tavares is also suing B.C.'s solicitor general and the City of Kelowna for negligence, alleging they didn't hire suitable people to be RCMP officers, didn't adequately train and supervise officers, and for allowing Mantler to continue working after the earlier alleged assault.

The claims haven't been proven in court and Mantler has yet to respond to the lawsuit.

Senior members of the RCMP have personally apologized  to Tavares for the incident.