A B.C. geophysicist specializing in underwater missions says it could cost tens of millions of dollars to bring up the wreck of the missing Malaysia Airlines jet if it is found on the ocean floor.

Black box's pinger will help, if it's working, but only for 1 month, marine exploration expert says 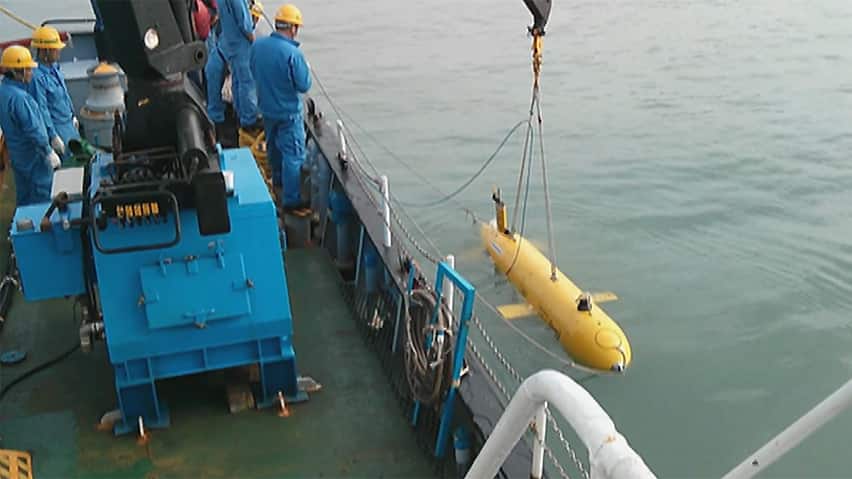 What will it take to find the missing aircraft?

A B.C. geophysicist specializing in underwater missions says it could cost tens of millions of dollars to bring up the wreck of the missing Malaysia Airlines jet if it is found on the ocean floor.

It is still not clear what happened to the Boeing 777 after contact was lost on Friday, but it is assumed at this stage that it crashed into the Gulf of Thailand off Vietnam with 239 people on board.

He says ROVs will be used to look for pieces of the wreck of flight MH370, but searchers first have to narrow down the search grid.

"The most important problem now is to find the wreckage, find the site of the crash, because the longer it takes to find where it happened or some evidence of it, the harder it will be to find where the aircraft is on the bottom," he said.

Kowalczyk said the Boeing 777's black box would have a device that is emitting "pings," or short signals.

"Ships that are looking for the wreckage will be listening for that ping, and if they hear it, with their sonar gear they will be able to triangulate the position of the wreckage on the bottom," he said. "The water is not incredibly deep [in the Gulf of Thailand]. It's deep water, but they have a good chance of finding that."

Searchers will have only about a month, however, before the pinger's battery, if working, dies out.

"If they don't find it within a month, then it becomes much harder, because they will have to search for the wreckage using other clues," Kowalczyk said.

If no one locates the pinger, then searchers will have to search for the wreckage using autonomous underwater vehicles, or AUVs, which Kowalczyk characterizes as "smart torpedoes."

"They go away for 18 hours and you have programmed into them a lawnmower-type pattern, so they'll search back and forth, and they'll make an image of the bottom using sonar," he said.

People would then have to review those images, looking for anomalies that look like pieces of a plane wreck.

Even if someone does pick up the ping, finding debris based on the black box's position alone could still prove to be difficult.

When an Air France flight went missing over the Atlantic Ocean in 2009, it took almost two years to locate the bulk of the wreckage in very deep water, in an undersea mountain range.

"They had to be able to search inside canyons and to design their sonar pattern so that they were covering what was a very difficult place to look. Kind of an analogy on land, you can think [of] if you're using a helicopter to look for something and you're flying through fog," Kowalczyk said.

Once wreckage of the Malaysia Airlines jet is located in the Gulf of Thailand, the location of the pieces will have to be mapped out carefully. Then, searchers would begin a salvage operation using ROVs to carry the debris from the ocean floor to the surface.

Investigators would then be able to begin piecing together the story of flight MH370 and the 239 people aboard when it fell out of the sky.