The rapper Madchild has been open about his own struggle with drugs. Now, he's sharing the story of one of his fans, who hopes it will inspire others to get on a path to recovery.

A Confession documents youth of drugs and gangs in Prince George, B.C.

Chris Vigue still can't believe his life story is the inspiration for a new song from his favourite rapper.

"It's absolutely surreal, it's a dream come true," he said in an interview from his home in Prince George, B.C.

And Vigue hopes the track — which documents how he fell into a life of addiction and gangs before finally getting sober — will inspire others to make a change in their life.

That hope is shared by the song's writer, rapper Madchild, one of the founders of the multi-platinum Vancouver-based rap group Swollen Members.

The musician has been open with his fans about his own struggles with addiction, and says talking about those struggles is an important way to connect with people trying to get sober themselves.

"It's never too late to get up and start life again," he said. "Coming back from addiction is the hardest fight you ever ever fight but it's the greatest reward you're ever going to get in life."

Watch the video for A Confession:

A Confession was recorded by Madchild from his home in Los Angeles and the video, which was released last week, was filmed both there and in Prince George.

It stars Vigue and a child actor hired to depict him as a youth, biking and skateboarding around the city while the lyrics talk about him getting bullied, turning to drugs and gangs, and eventually becoming sober.

"Never know whose demons got the best of them," the chorus states. "Stay strong."

Vigue and Madchild first got to know each other when Swollen Members were an up-and-coming B.C. touring band. They played several shows in Prince George, and Vigue was their biggest fan in the city, buying merchandise and driving to other communities to see them perform.

Eventually he became their designated Prince George contact, picking them up from the airport and taking them out for dinner.

But at the same time, he was struggling. Vigue says to cope with being bullied he turned to gangs and drugs to make himself feel safer, not realizing he was on a destructive path.

Madchild, too, was falling into addiction. As Swollen Members became the best-selling rap group in Canada, racking up Juno awards and millions in sales, he started using painkillers and other drugs.

He estimates he spent more than $3 million before nearly dying of an overdose and eventually starting on a path of recovery.

In 2016, shortly after going public with his addiction, Madchild visited Prince George as a solo musician. As always, Vigue was there and it was on that trip that the pair connected as friends, rather than musician and fan.

Still, Vigue didn't tell Madchild about his own past with addiction right away. "When you start a new friendship with someone you don't really want to lay it all out on the first night," he said.

Then, one night, it all came out.

"He just started spilling his guts and telling me his story. I was so blown away," Madchild said. "It was just so similar — different, but similar — to what I've been through."

Vigue was somewhat nervous about having his past come out so publicly, but said the response has been overwhelmingly positive.

After seeing the video, he said, several people have been contacting him for advice on how they can get sober, inspired by his story.

"If I'm able to help them in their own struggles and their own life, that makes all the difference," he said.

Proceeds from the single are also being donated to a recovery centre in Prince George, the same one Vigue visited to help turn his life around.

Madchild says it's all about his new goal of helping people avoid the same mistakes he made.

LISTEN | Vigue and Madchild speak about their friendship and addiction 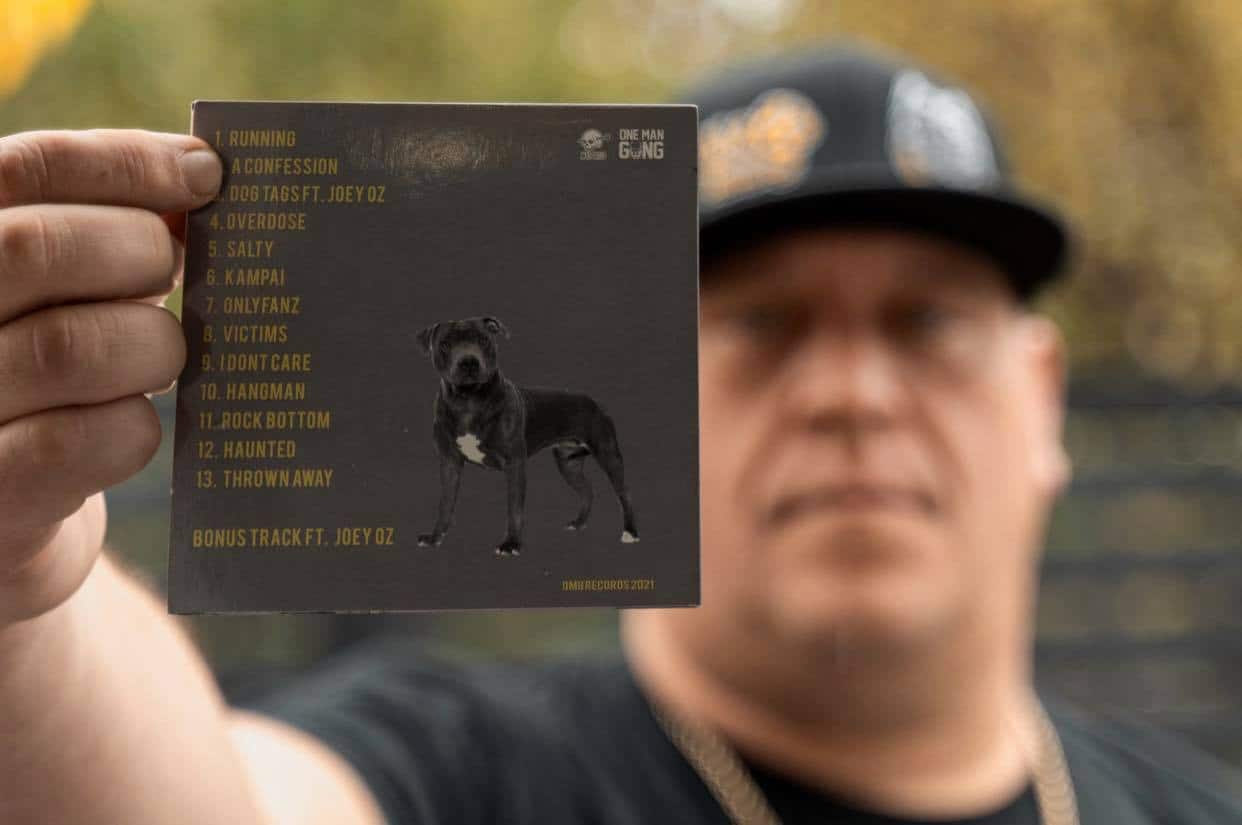