Lolita was taken from the waters off the West Coast in 1970, and taken to Miami's Seaquarium. Now, a First Nation has a plan to bring the orca home.

A B.C. marine mammal expert is throwing cold water on an idea to repatriate a southern resident killer whale to the waters off the West Coast, where it was was born.

"I think this could be a very cruel and inhumane thing to do," said Andrew Trites, who is the director of the University of B.C.'s Marine Mammal Research Unit.

"Lolita is not a young whale."

In 1970, the female whale known as Tokitae, a member of the L-pod of killer whales, was captured from the waters off Washington state and British Columbia. The orca is now in its 50s and for most of its life has lived in captivity at Miami's Seaquarium.

The animal was given the name Lolita when it arrived in Miami.

On Saturday, members of Washington state's Lummi Nation, completed a journey to Miami with an 1,800 kilogram totem pole to display at the aquarium.

It's part of an $8.5-million US effort to bring the whale back to the Salish Sea.

Jewell James, a Lummi Nation carver says it's time Seaquarium gave up the animal, which he said has been forced for 48 years to perform twice a day. James describes the whale's tank as a prison cell.

"She's our relative and we want her back," he said Sunday in Miami, where protests were held over the issue.

For its part, Miami's Seaquarium says it has no plans to hand over Lolita, although the conversation over the whale's release has gone on for decades.

Robert Rose, curator emeritus for Miami Seaquarium, says he's worked with the orca for 23 years. Rose said the whale is too old to be moved. He's also worried Lolita would be exposed to pathogens and diseases that would kill the animal if moved.

Watch Robert Rose explain his reservations around the idea to move Lolita: 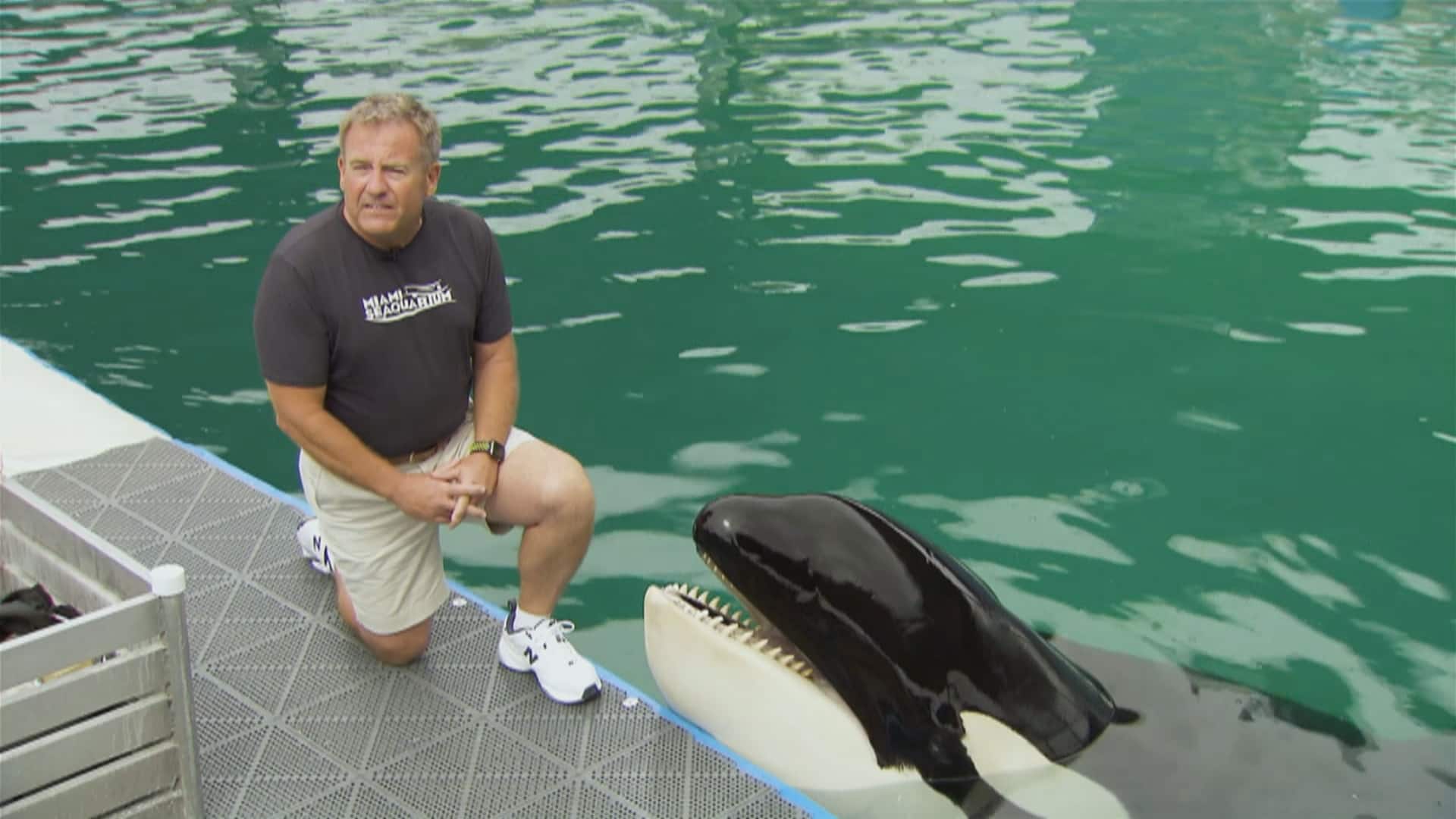 But James and the nation insists the plan is doable, which would see the killer whale transported to the West Coast.

It's also working on buying land in Washington's San Juan Islands for a sea pen and wants to arrange for experts to work with Lolita to rehabilitate the whale.

The ultimate goal would be to release the orca into the animal's original pod. Lolita's mother, Ocean Sun, is still living with the pod.

James says he hopes the campaign will raise awareness about Tokitae.

"The attention that we are bringing is not for us," he said. "It's going to make the public aware that a corporation, Seaquarium has been taking advantage of Totikae for 48 years. It's time for her to go home."

Trites says he respects the nation's sentiment, to correct past cruelties of whales being captured in the '60s and '70s, but says that the window has passed to bring Lolita back.

"She is a senior citizen and I really worry about ... the ethics," he said. "She's had constant companionship with people, with white-sided dolphins and she's not adapted to come out here."

In the early 2000s the killer whale Keiko was released from captivity in Mexico to waters near Norway after being rehabilitated in Oregon.

It died within a year of being released and did not assimilate with other killer whales.

Watch Andrew Trites explain why he doesn't think Lolita should move from Florida: 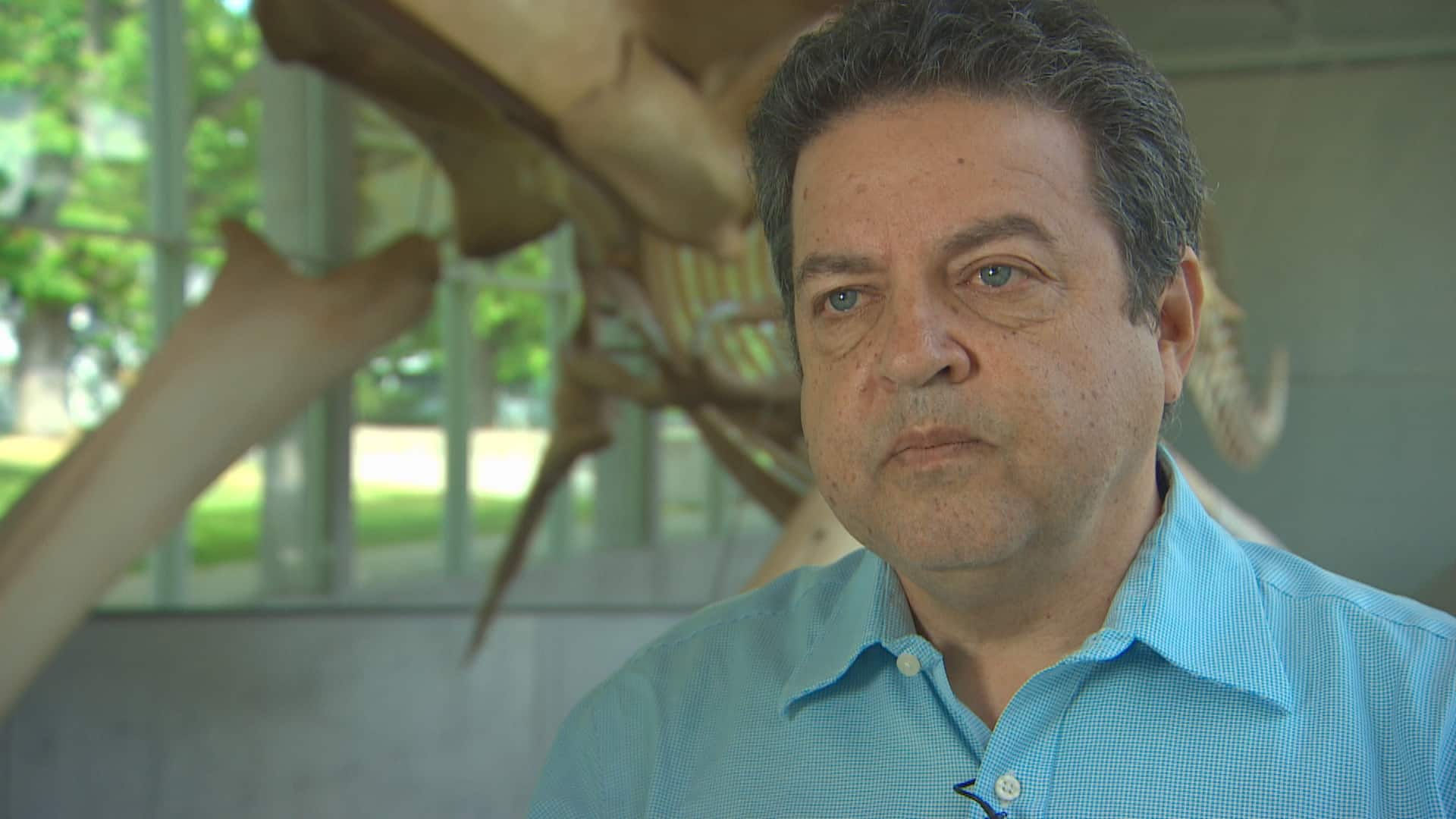 3 years agoVideo
0:36
Andrew Trites says Lolita is too old to be moved, but he respects the sentiments of the Lummi Nation's plan to bring her back to the Salish Sea. 0:36

With files from Greg Rasmussen.