Living on the edge: B.C. woman watching the ground beneath her home slowly fall away

A woman living in rural Lumby, B.C., is worried her home of 18 years is going to fall down an embankment as the ground beneath her house slowly falls away.

Homeowner Donna Sharpe is watching a slow moving disaster in her backyard as the ground beneath her house in rural Lumby, B.C., falls away.

Sharpe has lived on the property for nearly two decades and has only $20,000 left to pay on her mortgage.

But she fears her house and the property it's built on will soon be of little value as the home is now sitting precariously on the edge of a continually eroding slope.

"It started as a hairline crack [in the ground] this spring ... I watched it continuously. I would be in the house and I could hear it cracking and making noises," Sharpe said.

"The crack dropped six inches and then a foot and then it kept dropping."

In May, the Regional District of the North Okanagan (RDNO) issued an evacuation order for Sharpe's property and ordered a geotechnical study which determined groundwater seepage is causing widespread instability on the slope beneath her home which resulted in mass movement this spring, as a pre-existing landslide was reactivated.

Watch video of the widening crack in the ground and the eroding slope on which the house sits: 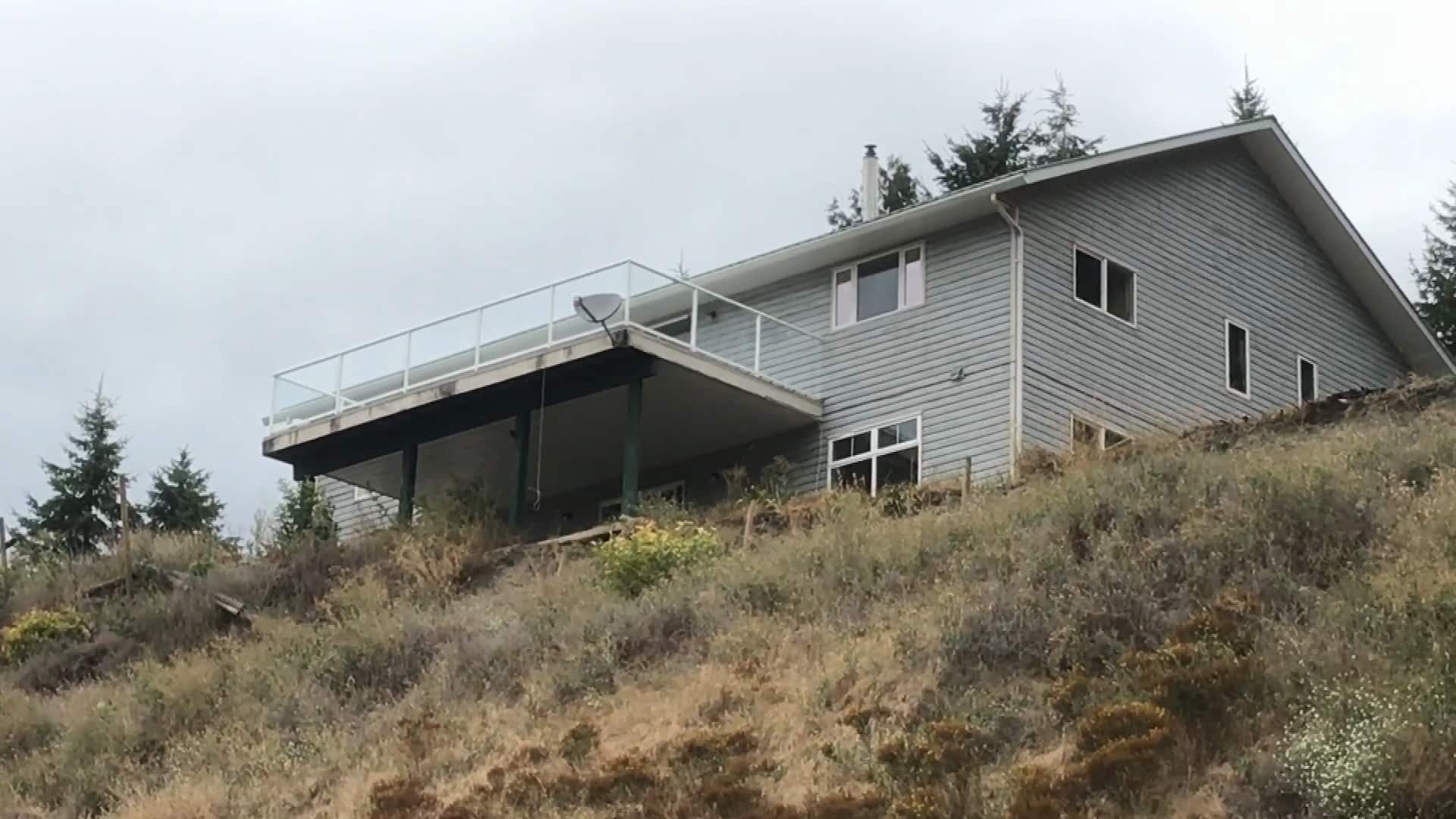 Lumby woman's home at risk of falling over embankment

3 months agoVideo
1:00
Lumby homeowner Donna Sharpe is losing her fight for disaster financial assistance while her yard falls away in a slow moving landslide this spring that has put the stability of her house at risk. 1:00

The provincial government provided Sharpe with temporary emergency assistance. However, that has now run out and Sharpe is on her own, renting in another location as she tries to deal with the mounting stress of the situation.

"I'm selling furniture so I can afford rent. I don't know how long that is going to last," Sharpe said.

"I still have to pay my mortgage. I don't want to go bankrupt. I am at least trying to fight for something. At 64 years old, if I go bankrupt I have absolutely nothing."

In a letter to her, assistant deputy minister Dave Peterson wrote, "those events which qualify for a DFA declaration are major events with significant losses that were unforeseen and generally not predictable."

The response baffled Sharpe as the slope her property is on was determined to be stable and suitable for development by a geotechnical firm in a report to the RDNO in 2000.

According to Sharpe, she only noticed the land beginning to slide this spring.

"I'm stunned," she said. "If it was their home, what would they be calling it?"

RDNO board chair and Lumby mayor Kevin Acton called Sharpe's situation incredibly unfortunate but said there is little local governments can do to help her.

"We at the regional district and the local government level don't have a lot of control over the final decision on these things," Acton said.

'We are not sure how to handle it'

Sharpe's son Ryder is trying to help his mother deal with the situation and has set up an online fundraising campaign to help her financially.

"It's really tragic," he said.

"She's put all of her money into this house and to see her retirement set up and funds go completely away, it's really hard to deal with and we are not sure how to handle it."

Sharpe has written letters to Public Safety Minister Mike Farnsworth and Premier John Horgan appealing her case, but said she has not  heard back from them.

"I have lost everything," she said. "There is nothing I could have done to prevent it and I am just lost. This is kind of it for me on my house."