Ida Millar says when most people look at her they're shocked she needs help with groceries. But she's been going to the food bank for nine years — as the rising cost of living keeps forcing more people to go looking for help.

When Ida Millar first went to the food bank nine years ago it was daunting. She walked in unsure what to expect, keeping her head down as she waited in line.

"It's like a reality check when you're standing there. You say to yourself how did I end up here? Because there's a stigma attached."

The East Vancouver resident quickly realized she wasn't alone.  There were women, children, men, seniors — all kinds of people who needed help just as she did.

Millar's husband passed away in 2010 while she was still in school. She says she was in a dark place and had never heard of the food bank until a classmate told her to try it out.  Little did she know, that scary experience would change her life – having access to the food bank enabled Millar to stay afloat through tough times.

"It's like either pay the rent or eat. You have a fixed income.  There's your lights, there's your phone. It's taking up everything and you don't even have money for groceries."

Millar is what you may describe as "put together." She's dressed sharply, with her long brown hair flowing down her back and a dab of red lipstick.  When most people think of a food bank user, it's unlikely she's the first image that comes to mind. That's precisely why she's sharing her story, hoping it will help to reduce the stigma associated with the food bank.

"People think that it's all just homeless people or wayward people and it's not like that at all."

WATCH: Millar says her daughter and the food bank were helpful in ensuring she didn't go hungry. 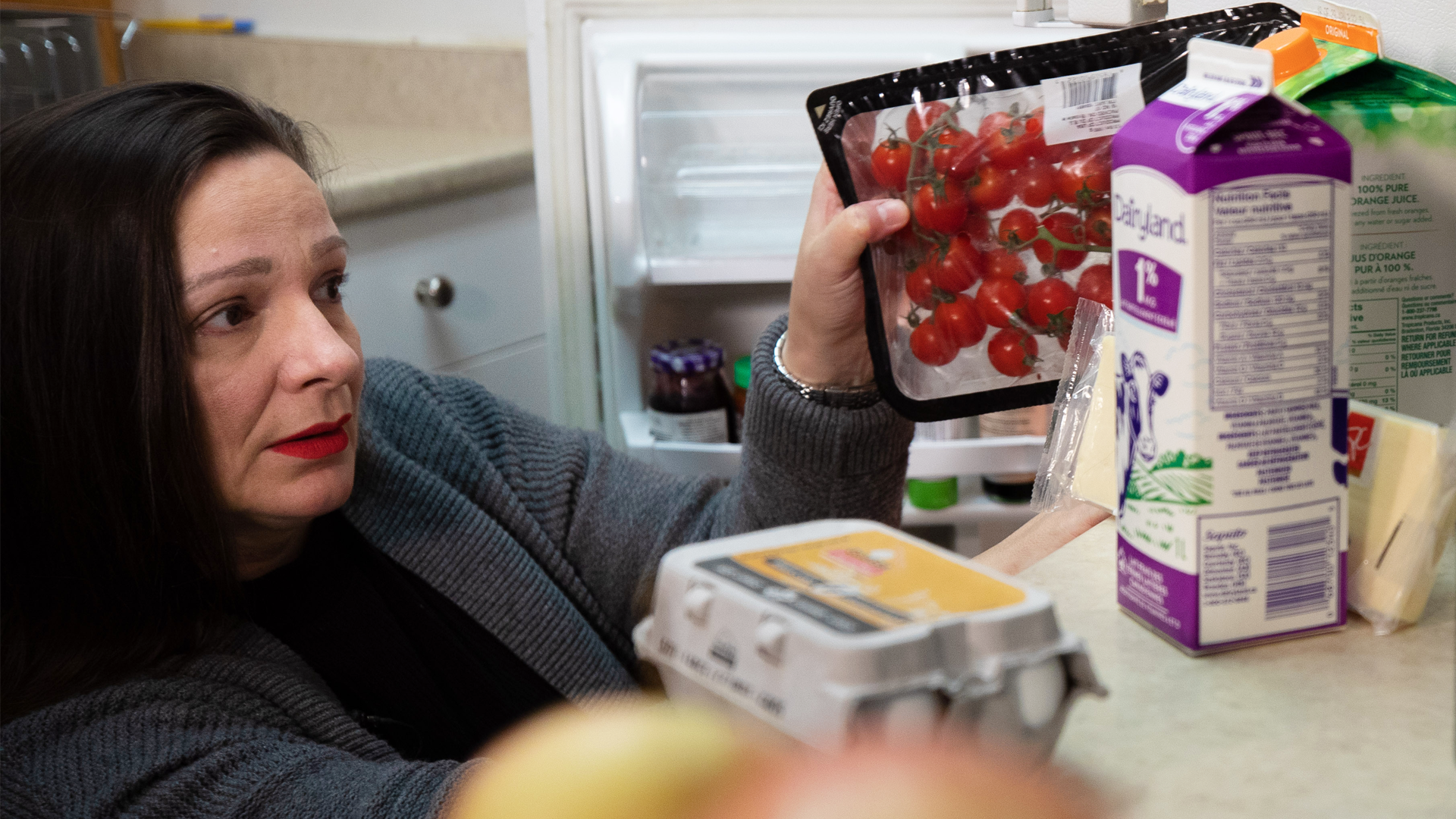 Vancouver food bank user: we should all be able to eat half-decent

1 year agoVideo
2:38
Ida Millar wants to break the the stigma associated with using food banks, noting it can be difficult to pay for groceries and still afford other costs of living in Vancouver. 2:38

Nine years after her first trip to the food bank, Millar still uses it to get by each week, but now she's giving back as a volunteer too.  With the cost of living going up in Vancouver there's been a 25 per cent increase in the number of food bank users since last year, and Millar has seen a drastic change in the type of person coming in for help.

Greater Vancouver Food Bank CEO David Long says it's important to have volunteers who understand what the people they're helping are going through.

"It's a big step for someone to go to a food bank – a bit of embarrassment. We need people in those hubs volunteering and emphasizing [there] shouldn't be a stigma," said Long.

Long says along with trying to shake the stigma and stereotypes, the organization is also trying to make drastic changes in its food selection.  Gone are the days of someone cleaning out their pantry and donating a nearly-expired can of beans. Now, when you walk through the food bank's brand new Burnaby headquarters and warehouse, it looks more like a Costco with freezers and fridges stocked with fresh fruit and other healthy options.

"They've really upped their game in the last few years. Now they have produce, they have apples, mushrooms, carrots.  They have really healthy things," says Millar as she pulls the items out of her own fridge at home.

The Greater Vancouver food bank distributes around 85,000 pounds of food a week.  Much of it is donated but much of it is also purchased, spending $1.5 million on goods each year.

CBC British Columbia is holding its 33rd annual Open House and Food Bank fundraiser on Friday Dec. 6, 2019. You can visit or call in to donate then, or go to cbc.ca/openhouse.