When calling long-distance was actually a big deal

It's easy to forget the once-privileged position of the annual long-distance phone call. 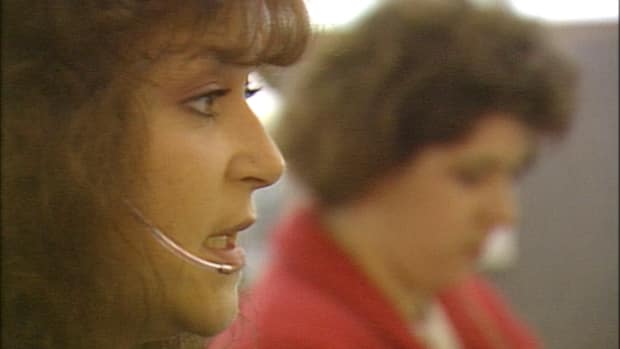 4 years agoVideo
3:06
25 years ago this week, phone operators in B.C. were kept busy connecting families over the winter holidays 3:06

These days there are are so many ways to connect with friends and family over the holidays that it's easy to forget the once-privileged position of the annual long-distance phone call.

To honour the times when connecting with family wasn't a given and it could cost a small fortune, this week's From the archives is a video from 25 years ago of B.C. phone operators busily making that connection — manually.

Only half of those calls would get through — and that was despite new technology aimed at keeping phone lines from jamming during peak times.

Telus spokesman Richard Gilhooley, 41, remembers those days well. The bulk of his family was in Scotland.

"On Christmas Day we would be calling, and it was, 'Say thank you for the present, say you're doing well in school, and wish them a Merry Christmas," Gilhooley said.

"And you had about 8.7 seconds to say all those things because it was $4 a minute, and nobody with a Scottish background is going to pay $4 a minute for anything."

The majority of those calls are now connected automatically, he said, and customers have a wealth of digital options to choose from to get in touch with family.

"Now it's wonderful because you have this seemingly unlimited access and a variety of means to make that connection. It's quite wonderful," he said.

As for the phone operators of yore, Gilhooley says many of them now work on divisions that didn't exist in 1991 at the company — mobile phones, television and internet.

Gilhooley says the few that remain as operators still play an important role — in some communities by connecting 911 calls to local emergency responders.