Living with wildlife does not have to be deadly

Finding new ways to live with wildlife in our communities was the focus of a conference today in Vancouver hosted by the Association for the Protection of Fur-Bearing Animals. 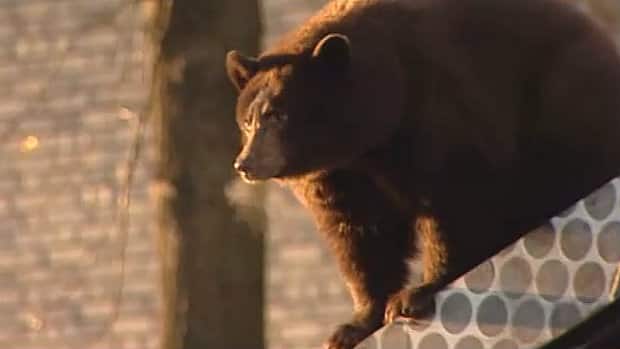 Remember this bear? It was discovered in a downtown Vancouver dumpster a few years ago.

Urban encounters with wildlife are on the increase and finding new ways to live with animals was the focus of a conference today in Vancouver hosted by the Association for the Protection of Fur-Bearing Animals.

Living With Wildlife organizer Adrian Nelson says they are hoping to change the way municipalities deal with nuisance animals.

"We're seeing more of the human wildlife interactions and not all of them are always positive."

For example, black bear complaints have swelled in B.C. to more than 20,000 a year, resulting in 600 problem bears getting killed each year on average.

Nelson says most often nuisance animals can be driven away by simply removing food sources.

"It's really about coming up with non-lethal alternatives for dealing with wildlife, so instead of going to these culls what can we do to make sure that these human wildlife interactions stay positive?"

The conference is also hoping to catch the attention of municipal leaders attending this week's Union of B.C. Municipalities Convention also in Vancouver.

Nelson notes municipal leaders from Osoyoos say Canada Geese and their waste are ruining beaches and tourist sites and they want the Canadian Wildlife Service to issue more kill permits.

"It's really saddening to see that. It is a bit of knee-jerk reaction," says Nelso