Jim Hanson was stacking wood with his 24-year-old son early Friday evening by the northern part of the fjord of Indian Arm when he heard what he thought was "the puff of a whale."

'First time in my 59 years,' says area resident who saw and heard the orcas

Jim Hanson was stacking wood with his 24-year-old son early Friday evening by the northern part of the fjord of Indian Arm when he heard what he thought was "the puff of a whale."

He disregarded it, thinking there was no chance he was really hearing the sound of whales exhaling on the surface of the water. In his 59 years visiting the area, around 20 kilometres northeast of Vancouver, he'd never once seen a whale in the inlet — until his son alerted him to the sight of killer whales.

"We ran down to the water ... it was a mother and a father and two juveniles," said Hanson.

"After three big breaths they went down and stayed down a long time. They must have found something to eat," he said.

Apparently the natural world likes the economic slow down. Saw a pod of four Orca whales in Indian Arm yesterday. First time in my 59 years I have seen whales this far up the Arm. <a href="https://twitter.com/hashtag/northvan?src=hash&amp;ref_src=twsrc%5Etfw">#northvan</a> <a href="https://t.co/WYoi6RrJcT">pic.twitter.com/WYoi6RrJcT</a>

Nicolai Ianovici was walking in the rain with a friend at Barnet Marine Park in Burnaby, B.C., around the same time when they, too, caught a glimpse of the killer whales.

The whales were a distance further south from the Hanson's sighting, where Indian Arm meets Burrard Inlet. 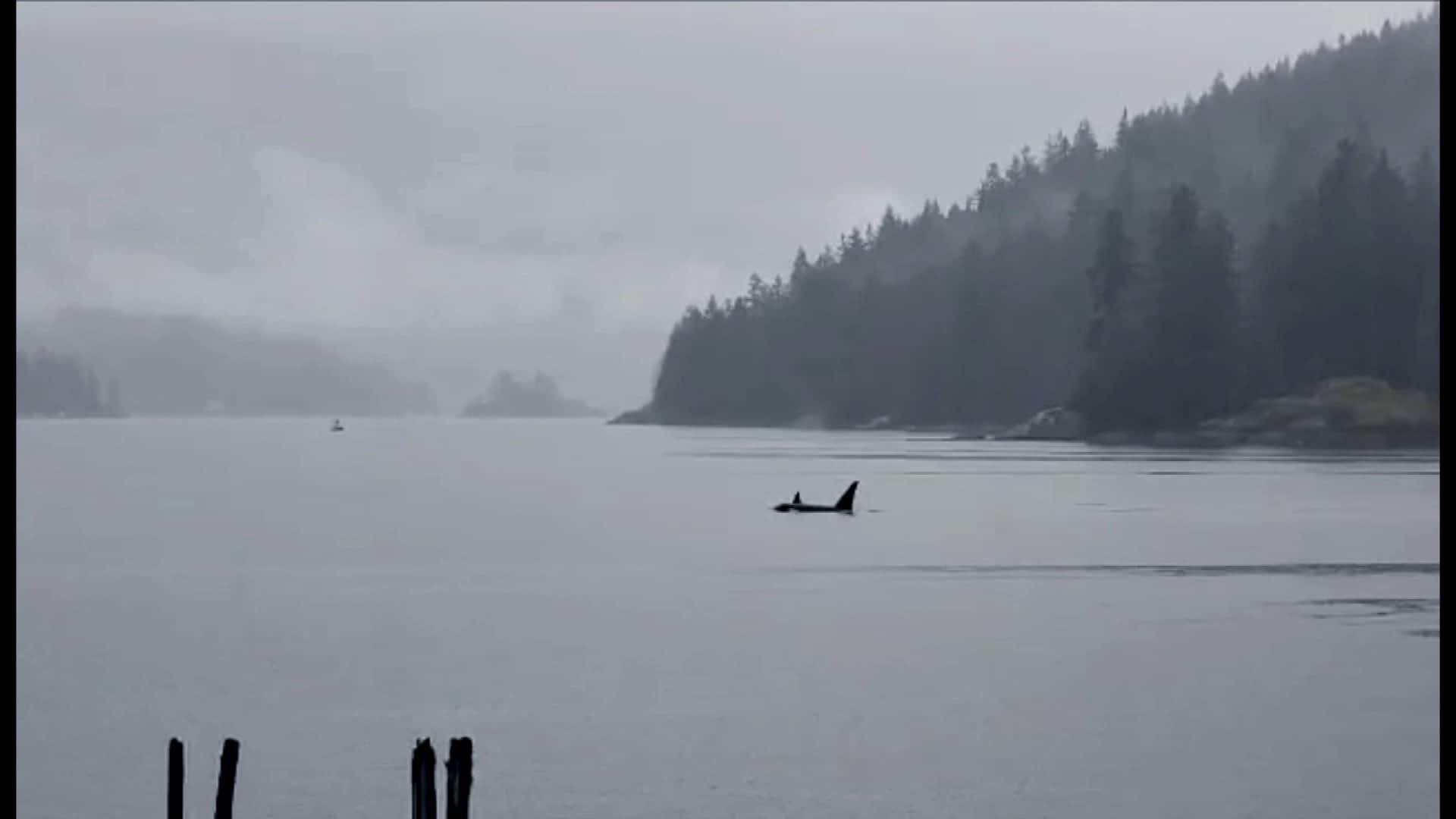 10 months agoVideo
0:31
A group of two adults and three babies were seen jumping in and out of the water for about fifteen minutes. 0:31

"It was amazing," said Ianovici. "I've been many times in this park but this time was something special."

The friends stayed and watched while Ianovici filmed the scene. He described seeing a group of two adults and three baby orcas jumping out of the water for about fifteen minutes.

One group of five, a mother and her four offspring swam through the harbour under the Second Narrows Bridge and up into Indian Arm.

At that time, Lance Barrett-Lennard, director of the Marine Mammal Research program at Ocean Wise said seeing whales in the harbour was a fairly rare occurrence.

"I was quite pleased to see that they actually ventured up into Indian Arm, a place that they would have used quite frequently a hundred years ago,"  said Barrett-Lennard.

Hanson said he's encouraged that whales are venturing so far up into Indian Arm, because the noise from nearby industrial activity would normally have kept them out.

"They must have found something to eat within the marine ecosystem. There must be some abundant schooling fish down deep," he said.