Community rallies to rescue stranded pod of Pacific white-sided dolphins that were being chased by orcas.

A pod of dolphins trying to escape hunting killer whales needed a little human help after getting stranded in the waters off the Tla'amin First Nation near Powell River two days ago.

Derek Poole spotted the 16 Pacific white-sided dolphins swimming in circles just metres off shore on Monday. He then noticed about seven orcas lying in wait.

"The orcas appeared to be strategically placed in smaller groups so that if a dolphin tried to escape in one direction or another, they would be able to respond to it," he said.

Video from Poole's drone camera revealed an additional element of drama: the dolphins had found their way into a fish trap built by Tla'amin ancestors hundreds of years ago. 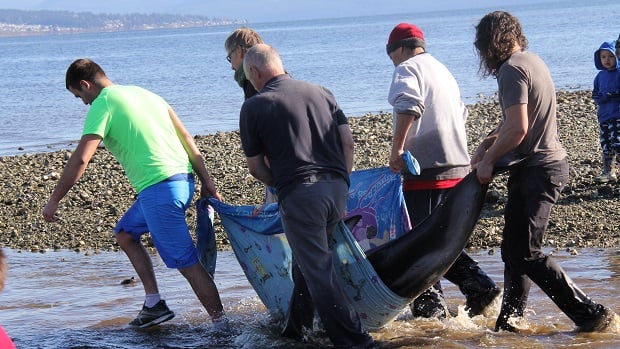 12 months ago
0:36
Community comes together to rescue 16 dolphins stranded near Powell River B.C. 0:36

The trap is circular in shape with a deep centre pool and built-up rock perimeter meant to trap herring as the tide recedes.

As it turns out, it's also a good place for dolphins to shelter from the hungry orcas. That is, until the tide goes out.

Tla'amin Chief (Hegus) Clint Williams was one of the many onlookers. 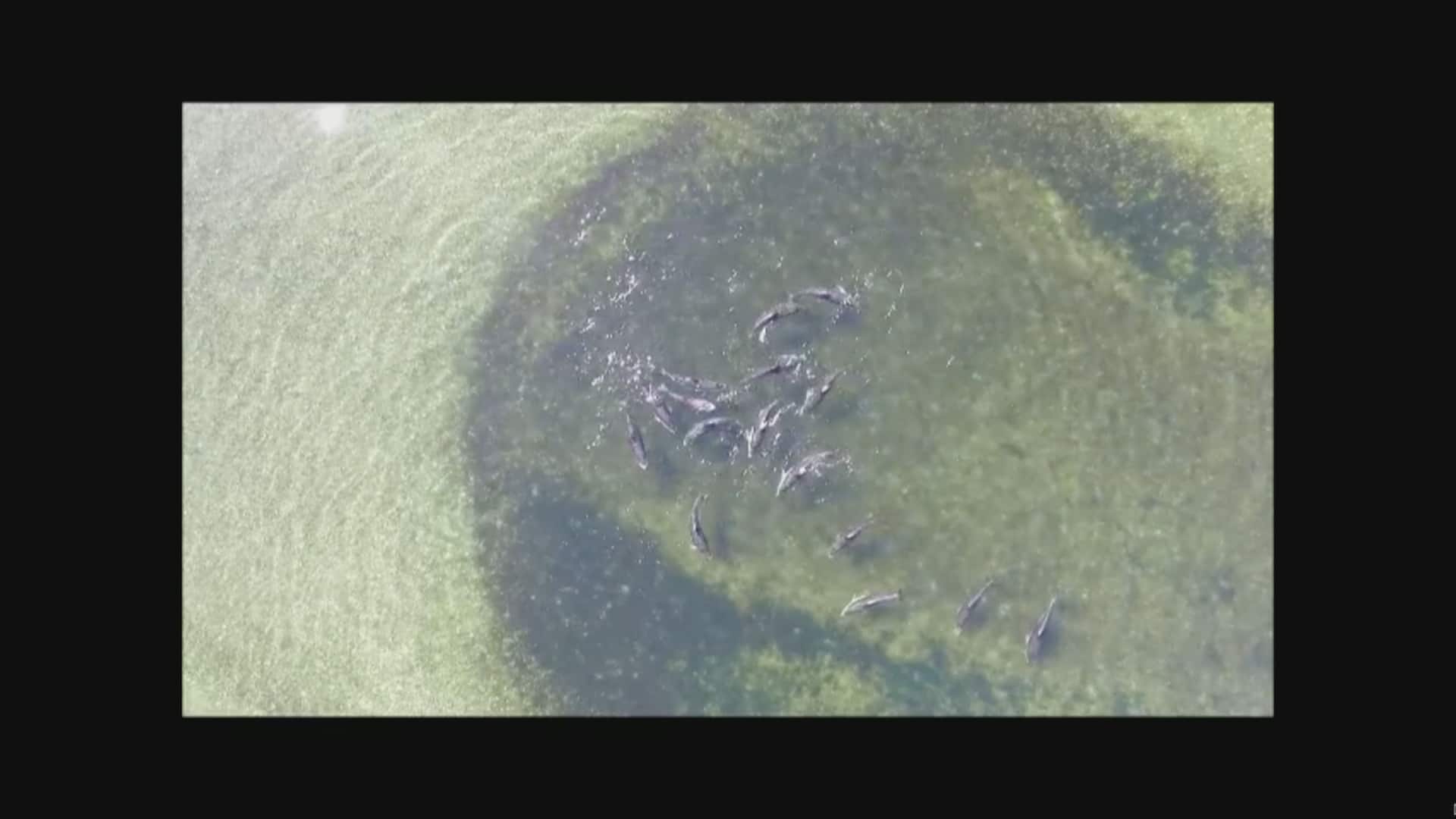 12 months ago
0:29
Dolphins escaping killer whales can be seen swimming in the relic of an Indigenous fish trap near Powell River, B.C. 0:29

"It was pretty intense because the killer whales were hanging around off shore just waiting for these dolphins to swim out. And the tide was going down and the dolphins were starting to dry up in the fish trap," he said.

Perhaps aware their easy meal was no longer available, the killer whales eventually lost interest and swam off.

That's when two dozen onlookers leapt into action, using tarps and blankets as slings to carry the dolphins out of the knee deep pool and back to deep water.

Tla'amin salmon hatchery manager Lee George was one of the rescuers.

"All my life, living on the ocean growing up a son of a fisherman and a fisherman myself, I've never seen anything like it," said George. "It was pretty neat."

Rescuer Phil Russell spoke to the dolphins as they were carried to safety.

"I thought if I talked to them it would keep them calm and it seemed to work," he said. "One blew out of his blowhole right in my face."

Susan MacKay of the non-profit Wild Oceans Whales Society arrived at the beach as the rescue was underway.

"I mean everyone was totally overjoyed that it all worked and [the dolphins] all seemed to swim away nicely together in the opposite direction of the whales,' she said. "Hopefully, no person suffered too much from the cold because that water is very, very cold."

According to MacKay, the orcas have been identified as mammal eating T90 Bigg's killer whales.

Williams said watching the dolphins swim to safety was the perfect ending to an inspiring ordeal.

"There was a number of our nation members and also a lot of people, a lot of non-natives from the Powell River community," he said.