A female killer whale known as J-35 has stopped carrying the body of her newborn calf after 17 days, ending what scientists called "a tour of grief."

Orca carried her dead baby for more than 1,600 km in an 'unprecedented' display

A female killer whale known as J-35 has stopped carrying the body of her newborn calf after 17 days, ending what scientists called "a tour of grief."

The whale was seen "vigourously chasing" salmon with her pod in the Haro Strait off the coast of Victoria on Saturday afternoon. The calf — which she'd been holding on her head — was gone.

"Her tour of grief is now over and her behaviour is remarkably frisky," said a statement from the Centre for Whale Research.

The statement said the newborn's body has likely sunk to the bottom of the ocean. Researchers may not get the chance to perform a necropsy.

The calf died soon after it was born on July 24.

The mother refused to let go for more than moments at a time, pushing the carcass along or holding its tail in her teeth in waters off the West Coast.

On Saturday, the research centre said J-35 appeared to be in good physical condition.

"We've had a number of dead babies that get carried for part of a day, but nothing like this," said Ken Balcomb, a founder and scientist at the centre. 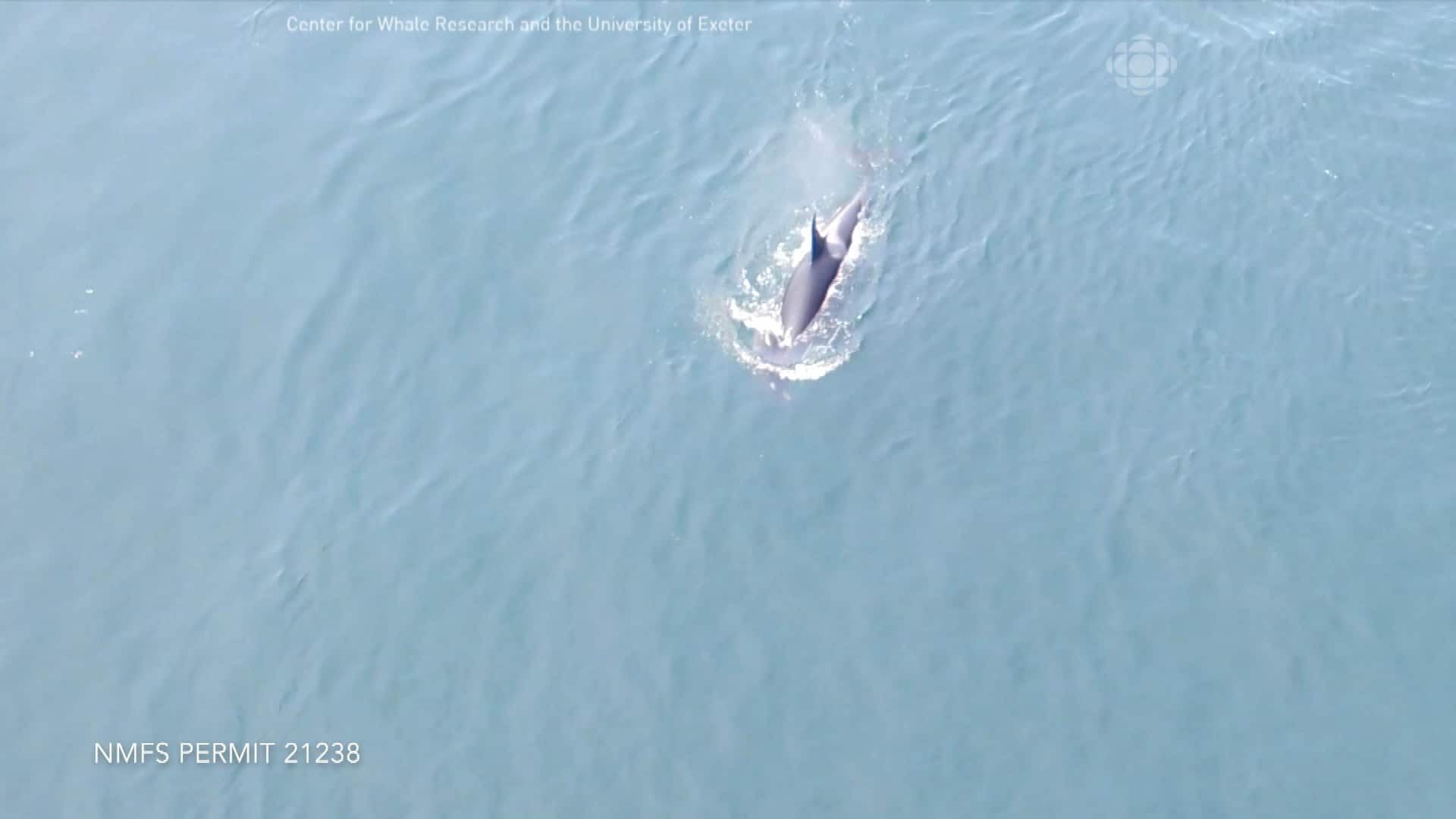 2 years ago
1:09
Drone video from the Center for Whale Research and the University of Exeter taken off Pile Point, on the west side of San Juan Island. 1:09

Health of each orca crucial

Still, the newborn's death has larger meaning in the southern resident killer whale population that is so endangered there are only 75 left, with no successful births in three years.

Experts say each orca is crucial to the pod's survival.

Scientists have also moved to save J-50, another whale in the endangered pod.

The young, malnourished animal was given a shot of antibiotics earlier this week in hopes of helping it fight an infection.