Kathleen Wynne's win a victory for women in politics

The ascent of Kathleen Wynne to the premier's office in Ontario is a victory for women in politics and an encouragement to coming generations considering political careers, a B.C. political scientist says.

Wynne to be the 6th current female premier in Canada 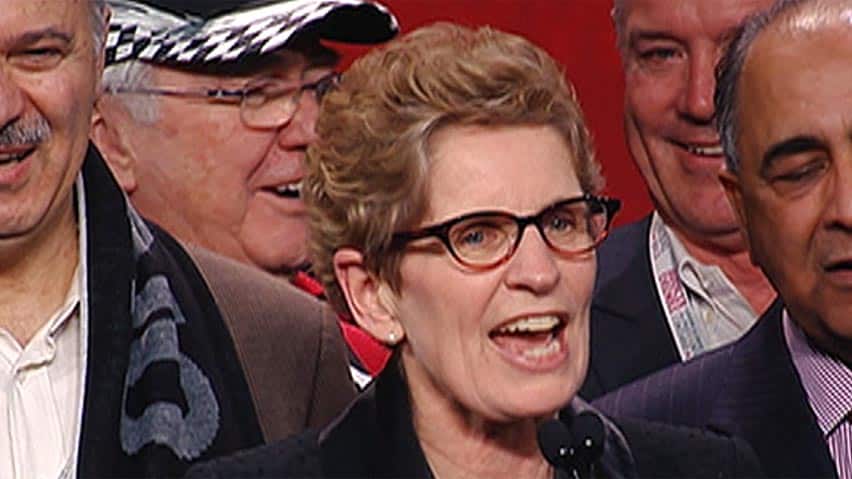 8 years agoVideo
2:24
New Ontario Premier Kathleen Wynne is the latest in a series of female premiers across the country 2:24

The ascent of Kathleen Wynne to the premier’s office in Ontario is a victory for women in politics and an encouragement to coming generations considering political careers, a B.C. political scientist says.

Wynne was elected leader of Ontario’s ruling Liberal party Saturday, which means she will move into the premier’s office when Dalton McGuinty officially resigns in a few days.

That will make Wynne the sixth current female premier in Canada.

"It's normalizing that women can be the executive of a province," said University of Victoria political scientist Janni Aragon.

"The other thing that this does is for the next generation of women who will go into politics or are entertaining politics -- it might make them think, ‘Maybe I can do this too.’"

But as Clark can attest, being a woman doesn't guarantee political support from female voters. Past polls have shown that in B.C., females were more likely to vote for the NDP's Adrian Dix.

Former NDP leader Carole James says being a female leader also brings with it attention her male colleagues didn't get.

"I would get many calls about the kind of clothes I would wear, the colour of my hair. Those were regular occurrences that I think were unique to female leaders that male leaders didn't get."

Aside from unwanted fashion critiques, there are other reasons women might need to be wary of becoming a political leader.

"Sometimes a woman is chosen by a party because she ends up being a sacrificial lamb. We could look to Kim Campbell, former prime minster. The [federal Conservative] party was sinking and she served her term, less than three months."

Clark’s ability to turn a mid-term leadership victory into a provincewide win at the polls will be tested in B.C.’s election in May.