The City of Kamloops, B.C., has rescinded a state of local emergency and evacuation order on Wednesday afternoon, following flash flooding in the Westsyde neighbourhood a day earlier.

Roadways in B.C. city's Westsyde neighbourhood were washed out after small, intense storm on Tuesday 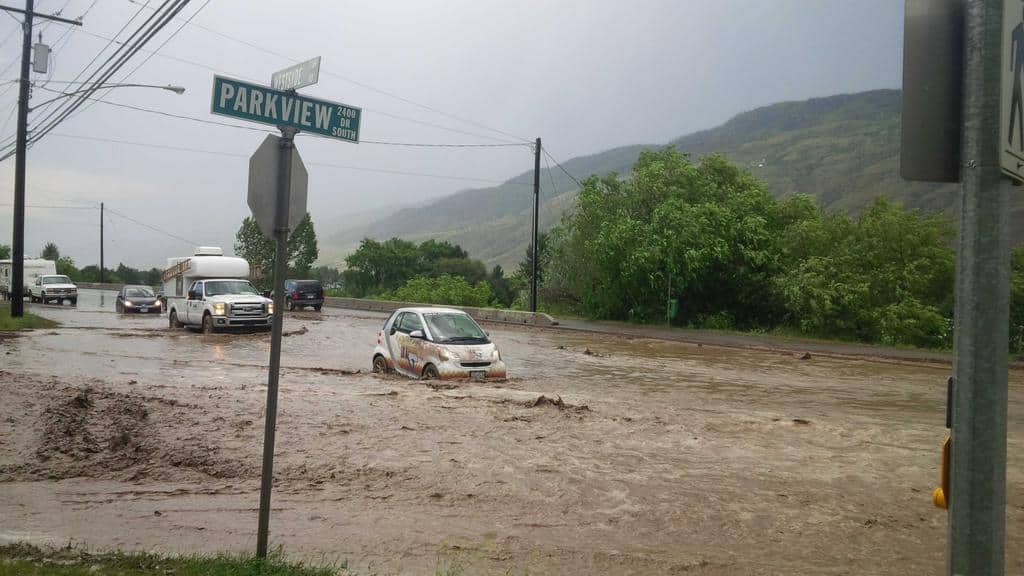 The City of Kamloops, B.C., will fully rescind a state of local emergency and evacuation order as of 6 p.m. PT on Wednesday, following flash flooding in the Westsyde neighbourhood a day earlier.

The city says properties on Irving Place, Parkview Drive, Rhonmore Crescent, Oak Hills Boulevard and along the 2400 block of Westsyde Road have been inspected and residents will be able to return to their homes.

The order will also be lifted for people who live at the Oakdale Mobile Home Park.

The city issued a state of local emergency and evacuation order, affecting about 60 homes in the Westsyde neighbourhood, on Tuesday after a sudden rainstorm flooded streets with logs and mud.  ​

The city said in a statement that the emergency declaration would allow it to properly assess damaged properties and oversee the return of utilities.

Tammy Robertson, an information officer with the City of Kamloops, said the city took quite a hit.

"The reports I received from those that were responding was that it was up to two to three feet [up to a metre] in some low-lying areas, so it was quite significant," she said.

An evacuation centre has been set up for evacuees of the Oakdale Mobile Home Park, which was under up to a metre of water.

The rain was the result of a small, but intense storm cell that passed over the area. Some Kamloops residents even tweeted that hail was falling during the downpour.

Watch a time lapse of the storm as it passed over Kamloops.

Shortly after the storm, the City of Kamloops said BC Hydro shut off power to the mobile home park to allow city crews to work in the affected areas. It also said culverts plugged by debris were cleared.

Drivers were told to avoid Westsyde Road unless absolutely necessary, due to major congestion.

Watch raw video of the flooding at the mobile home park. 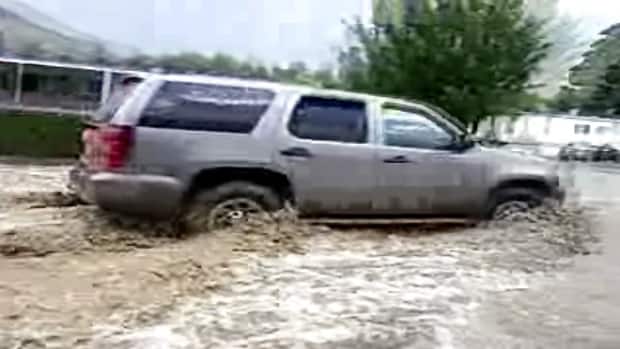