The controversial Jumbo Glacier Resort moved another step closer to reality with the establishment of a resort municipality for the site, but critics are already calling the move undemocratic.

Appointing mayor and council a 'slap in the face,' says Invermere mayor 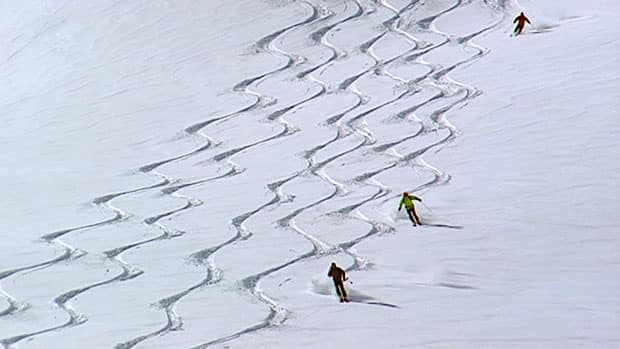 8 years ago
2:16
B.C. has created a local government to oversee the proposed Jumbo Glacier Ski Resort 2:16

The controversial Jumbo Glacier Resort moved another step closer to reality with the establishment of a resort municipality for the site, but critics are already calling the move undemocratic.

Nancy Hugunin and Steve Ostrander were appointed to the new municipal council.

Opponents have already criticized the province's move to create a local government for a community with population base made up almost entirely of grizzly bears and mountain goats.

Even before the official announcement Invermere Mayor Gerry Taft went so far as to call the move "undemocratic."

"From my perspective this is a back-room deal, which is a slap in the face for democracy," said Taft Tuesday morning.

"It creates a community or town which has no people, and has an appointed council which is then able to pass land use decisions and zone land and increase the value of land without being accountable to any local population."

NDP MLA Norm MacDonald said the move is yet another in a string of bad decisions by the Liberal government to push through the controversial project.

"What the government has chosen to do as it so often does is to simply ignore the wisdom that sits in our communities and push through something that benefits a small number of people," said MacDonald.

Plans have been on the books for decades for a Whistler-style ski resort and village with hotels, about 55 kilometres from the town of Invermere. The original concept was first endorsed by former NDP premier Mike Harcourt in the early 1990s.

But the project was thought to be all but dead after years of divisive debate, with many local residents, environmental groups, the B.C. NDP and at least one First Nation opposed to the project.

Then in March, the provincial government announced it had approved the development plans.

Tuesday, Bennett said the project has gone through the most exhaustive public consultation in B.C. history.

The province says the project will attract $900 million in investment and create 750 permanent jobs. But financing for the project has still not been made clear.

Once complete, it will feature up to 23 lifts, a 3,000-metre-high gondola and a ski village with more than 6,000 units. The resort will be comparable in size to Silver Star in Vernon, B.C. — or about 1/10th the size of Whistler Blackcomb.