For a decade, Canadians knew her as “our pet, Juliette,” the folksy and glamorous host who sang show tunes in the coveted television slot after Hockey Night in Canada.

Juliette Cavazzi began her career at 13, singing with Dal Richards' band at the Hotel Vancouver 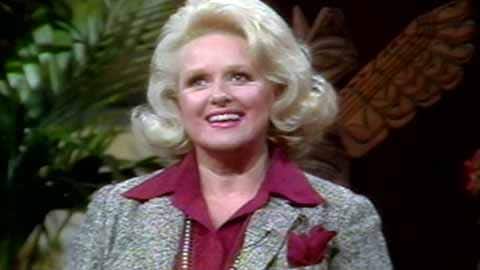 40 years ago
3:37
"Your pet, Juliette," the platinum-haired, sweet-voiced vocalist was a Saturday-night staple on the CBC 3:37

For a decade, Canadians knew her as "our pet, Juliette," the folksy and glamorous host who sang show tunes in the coveted television slot after CBC's Hockey Night in Canada.

Following a long career that saw her appointed to the Order of Canada and honoured with a star on Canada's Walk of Fame, Juliette Cavazzi died in Vancouver overnight Thursday at the age of 91, friends and family have confirmed.

"She was a warm lady. You couldn't help but like her," he told CBC News.

Born in Winnipeg and raised in Vancouver, Cavazzi was a performer from the beginning. She was singing with the Dal Richards' band at the Hotel Vancouver when she was just 13, and, by 15, she already had her own show on CBC Radio.

Her big star turn came in 1956, when she secured her Saturday night television show, right after the hockey game. Appearing in black and white, she always took the time to tell the audience the colour of her party dress.

"She made it at a time when we really didn't allow stars in the Canadian broadcast system. And yet, she ended up with a show right after the NHL hockey games, and it became an outrageous success," Robinson said.

"Juliette really brought a lot to Canadian culture and it's gonna be sad not having her around."

She specialized in singing standards and pop songs of the era and ended every episode with the line "Good night, Mom."

The show was cancelled in 1966, a time when tastes were changing and rock 'n' roll was rising.

"It was a different  time. How could Juliette compete in that era? She couldn't," Robinson said.

But Cavazzi continued to sing in CBC specials, and later hosted an afternoon talk show, Juliette and Friends, from 1973-1975.

She once admitted that if she had a chance to do it all again, she would have chosen a career in the chorus instead of as a solo star.

"When you're no longer front and centre, it hurts," she told CBC talk show host Bob McLean in 1980.

She was married to musician Tony Cavazzi for 40 years, until his death in 1994.